The BMW M3 Competition looks rather expensive when compared with the Alfa Romeo Giulia Quadrifoglio and (estate-only) Audi RS4 Avant. But bear in mind that it's only slightly pricier than the Mercedes-AMG C63 S and, like the C63 S, the Competition is the most potent version in its model range.

The M3 Competition is also predicted to depreciate more slowly than the Quadrifoglio and C63 S. Don’t expect it to be a cheap car to run, though – in our real-world tests the M3 averaged 26.3mpg. That’s not bad for something with more than 500bhp (under the same conditions the C63 S Coupe returned just 23.3mpg), but it’s hardly parsimonious either.

You’ll also need deep pockets to run an M3 as a company car because its hefty CO2 emissions place it in the top 37% band, so benefit-in-kind payments (BIK) will be substantial.

On the plus side, the M3 is well equipped. It has 19in alloy wheels up front and 20in ones at the back (what BMW calls a staggered set-up), a leather interior, a carbon fibre roof and heated seats. Perhaps surprisingly, you have to pay extra for keyless entry and a powered tailgate.

There are loads more options, many of which can be bundled into the trim packs. For example, the M Carbon Pack lumps together carbon fibre exterior highlights and the fantastic carbon bucket seats we mentioned earlier, while the Ultimate Pack adds both those plus laser headlights, keyless entry, a heated steering wheel, a more advanced parking function and additional safety kit.

The M3 hasn’t specifically been appraised for safety by Euro NCAP, but we suspect it will perform very well. That’s because it’s very closely related to the 3 Series saloon, a car that scored excellent marks when tested. You get plenty of safety kit as standard, including automatic emergency braking, lane-keeping assist, an attentiveness alert and a rear crossing traffic warning. 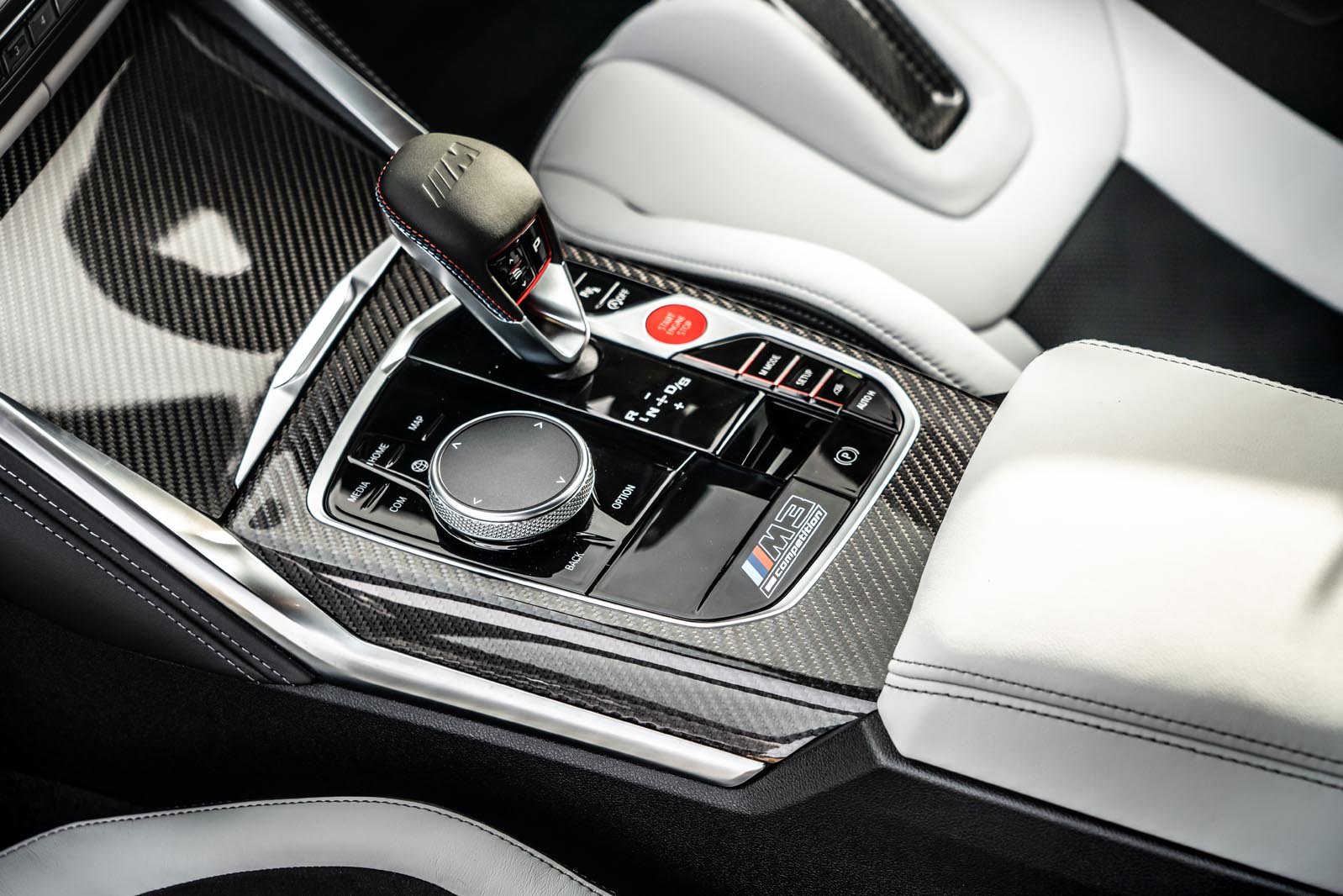