In traditional BMW M-car fashion, there's not a great deal of difference between the M3 and any other 3 Series inside – but that’s no bad thing. The 3 Series has one of the highest quality interiors in the executive car class and we reckon BMW has made enough tweaks to make you feel like you’re behind the wheel of something special.

For example, you get heavily bolstered and supportive sport seats with integrated headrests, seatbelts in M Division colours, a bright red starter button, some carbon-fibre trim and a sports steering wheel with contrast stitching. Interior colour schemes range from traditional black on cream to bright blue on dayglow yellow (we’ll leave you to decide whether Valentino Rossi yellow has any place in your performance car).

The 10.3in centrally mounted infotainment touchscreen can also be operated with a dial between the front seats, which is much less distracting when you’re driving than trying to find and press an icon on the screen. With its super-intuitive layout and responsive operating system, we much prefer it to the finicky system in the Mercedes-AMG C63 S.

The M3's many gadgets also include Apple CarPlay/Android Auto smartphone mirroring, wireless phone charging, a DAB radio, a 16-speaker Harman Kardon sound system, a wi-fi hotspot and a gimmicky gesture control function. Front and rear sensors and a reversing camera come as standard, which is handy because the M3’s chunky front and rear pillars can obscure your view out when parking. 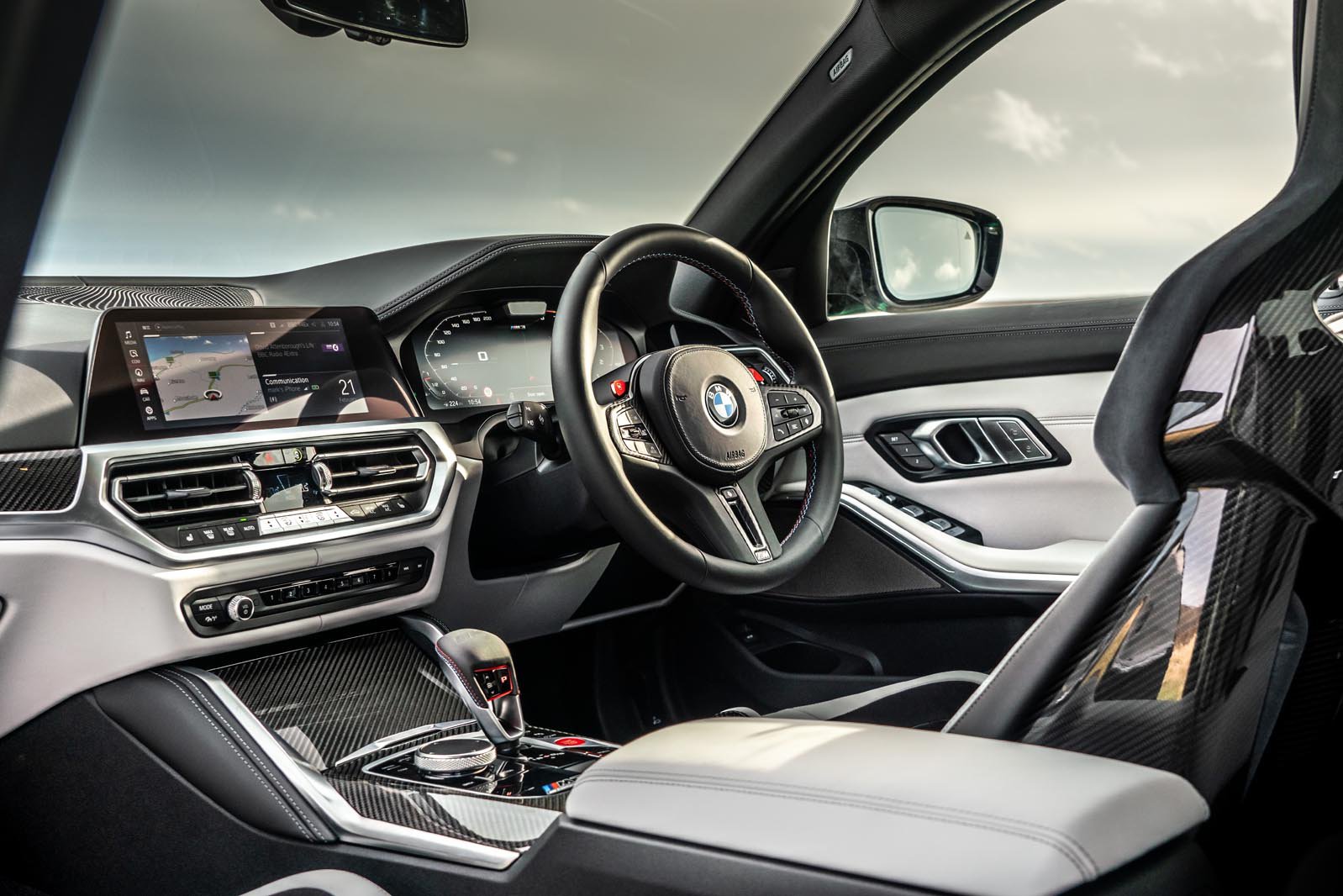