Pricing for the Ecosport has crept up over the years and it’s no longer a value-led choice; in fact it now competes with the Volkswagen T-Cross and T-Roc. In fact, the Ecosport can be more pricey on PCP finance than our current Small SUV champion, the slightly larger Ford Puma.

With no diesel engines offered, the most economical Ecosport is the 124bhp 1.0 petrol, which is capable of decent fuel economy and strikes a good balance between price and performance.

The updated Ecosport hasn’t been tested by Euro NCAP; the previous version received four stars when it was tested back in 2013, but it won’t live up to that score in today’s more stringent testing. It has at least been updated to include automatic emergency braking (AEB), and you can add something called the Driver Assistance Pack which includes blindspot monitoring, rear cross traffic alert and high beam assistance.

Thatcham Security Research also rated the Ecosport four stars for its ability to prevent being broken into, but the full five stars for preventing being stolen altogether. 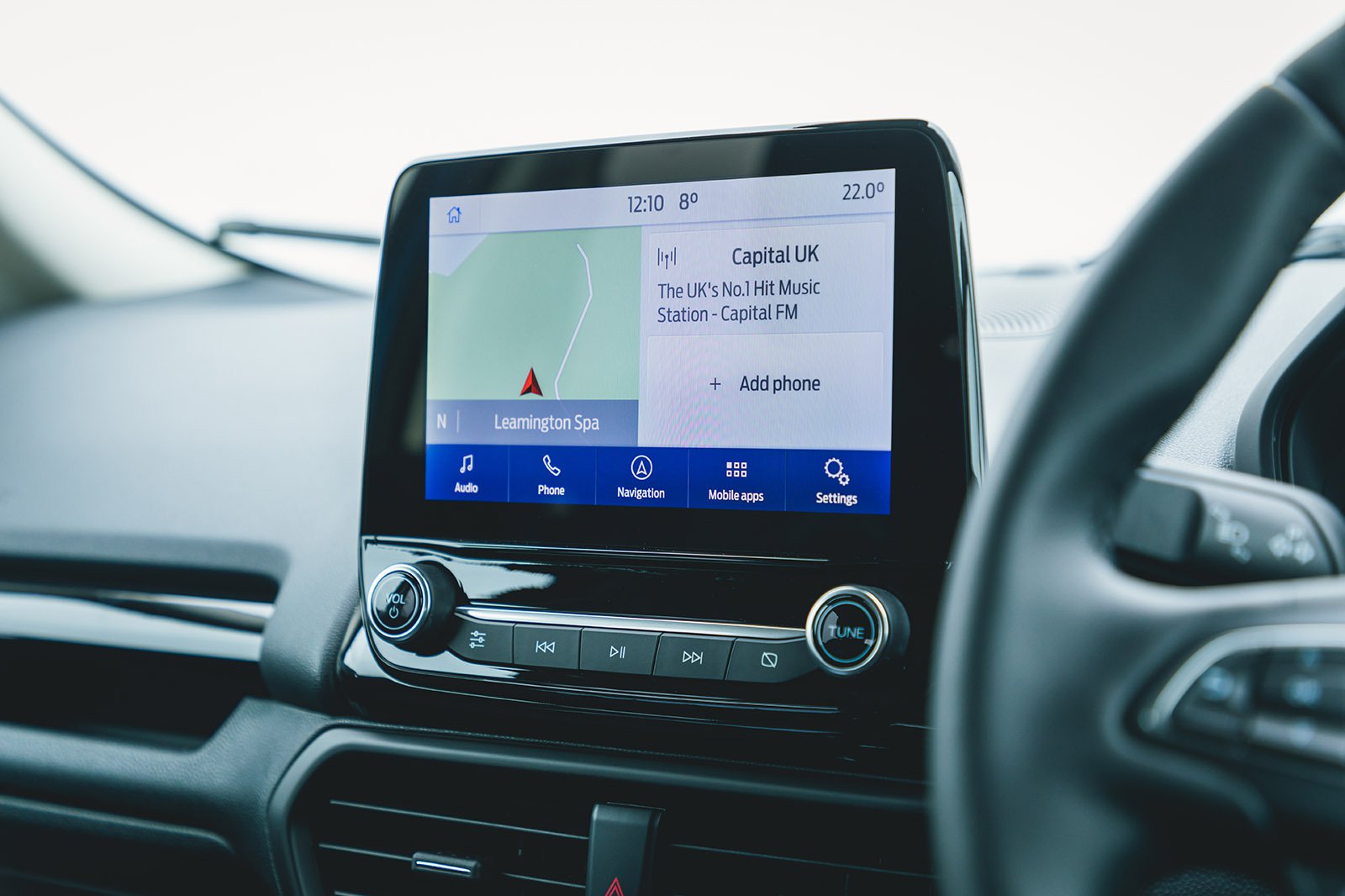