Of the two engines offered, both of which are turbocharged 1.0-litre petrols, we’d suggest you look to the 124bhp Ecoboost 125. It's free-revving, flexible and provides good performance. And, while there is a 138bhp Ecoboost 140 version of the same engine, it's only available with the range-topping ST-Line trim so is too expensive to recommend.

All Ecosport models have a six-speed manual gearbox as standard – something that you’ll find yourself operating regularly, due to its relatively short gearing. An automatic is no longer offered, unlike many of its fellow small SUV competitors.

Sadly, the Ecosport’s handling doesn’t inspire much confidence. Its steering is far too vague, leaving you sawing at the wheel on anything but poker-straight motorways, and there’s considerable body lean in corners.

The biggest problem, though, is the way the Ecosport rides. It rarely settles down and tends to jostle occupants around in town – and things don't improve much with speed. Things are especially bumpy in ST-Line models, which have stiffer suspension.

Refinement is acceptable in a class where there are no really quiet contenders. The Ecosport’s engines are noisier than they are in the Fiesta but are especially wheezy when getting up to speed. There’s vibration through the pedals, and the door mirrors whip up quite a bit of wind noise, plus the clutch pedal is very heavy, with quite a short travel before it engages, and may catch you by surprise to begin with. Still, at least the gearshift is solid and slots into gear positively. 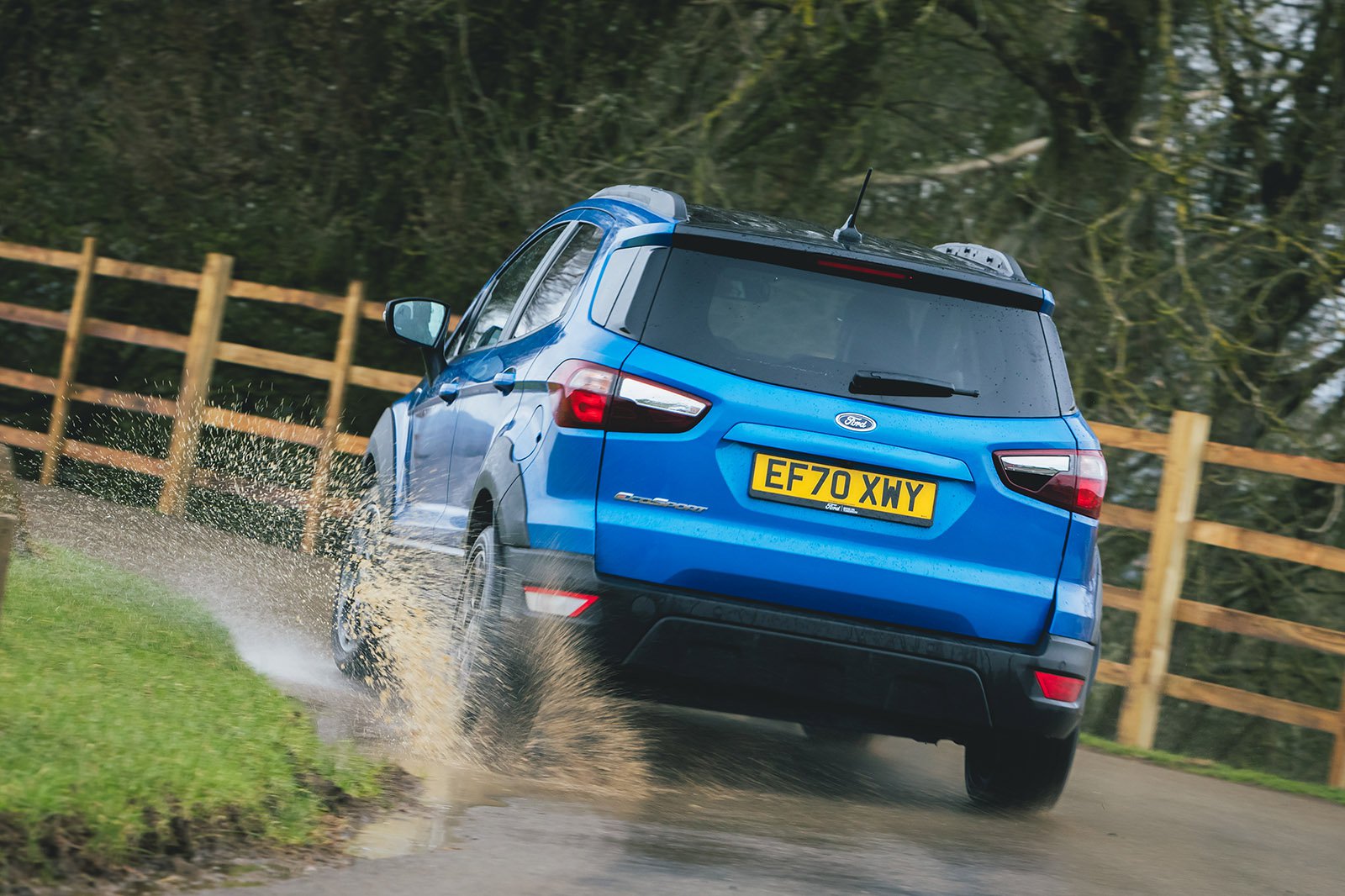