It’s about time we discussed the Civic Saloon’s boot. Its opening is wide, but naturally nowhere as big – and therefore not as practical – as the hatchback’s. Its 519-litre capacity (up 41 litres on the hatchback) certainly looks impressive compared with the Golf’s 380 litres, but it's still some way behind the Skoda Octavia’s gargantuan 590-litre boot. It can be expanded, though, courtesy of a 60/40 split folding rear bench. It’s standard on all Civic Saloons and lies flat and level with the boot floor when folded.

Interior storage space is reasonably generous, with a decent-sized glovebox and door bins that will hold a large bottle of water. Meanwhile, the centre console between the driver and passenger incorporates a cubby/cupholder area with a sliding cover and a large bin beneath the central armrest.

The Civic looks fairly compact on the outside but provides plenty of leg and head room up front. Even taller adults won’t feel cramped, but will find less space above their heads than in a Volkswagen Golf. Meanwhile, A pair of six-footers sitting behind two similarly tall people won’t have any complaints about rear leg room, but owing to the way the Civic’s roofline slopes down towards the rear of the car, head room isn’t as generous. Indeed, those nearing six foot may find their head brushing the ceiling.

The way the rear side windows pinch in makes the whole rear area feel quite claustrophobic, too, and it’s a squeeze to sit three adults in the back, particularly with how the raised floor makes it difficult for the middle occupant to rest their feet. Each rear door does at least house a decent-sized pocket that will take a medium water bottle with ease. 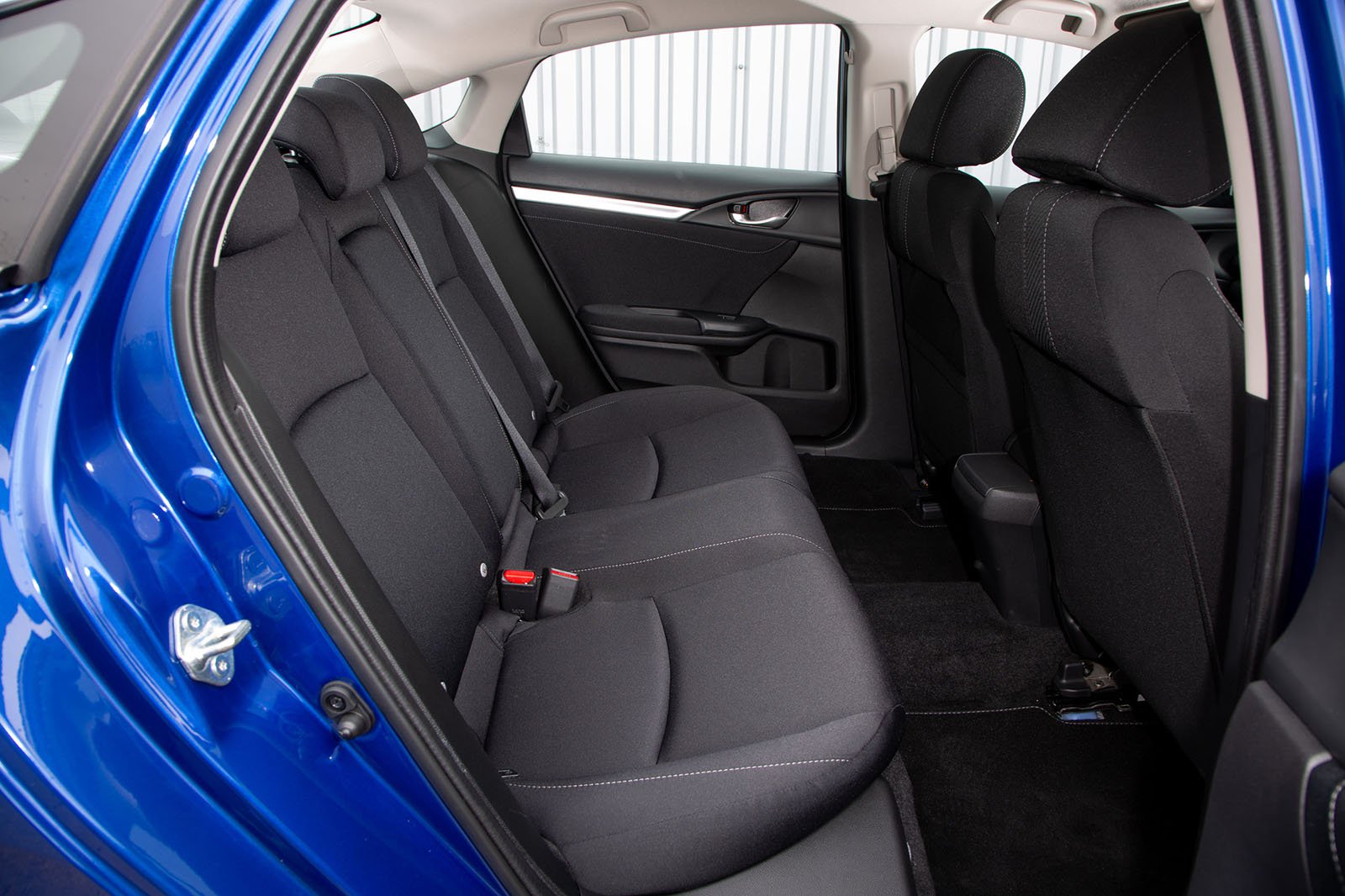