Most Range Rover Evoques are powered by either a 2.0-litre petrol engine or a 2.0-litre diesel, with numerous outputs to choose from. Logically enough, the petrols are prefixed with a 'P' and the diesels with a 'D'.

We’ve yet to try the entry-level D165 diesel, but the D200 that sits above it in the range is a punchy performer and all you really need. As for the petrol engines, the P200 is ultimately quicker than the D200, although it doesn't feel it most of the time because it needs to be revved quite hard. That shortage of low-down pull is worth bearing in mind if you plan to tow a caravan or trailer. The P250 and P300 add more power and acceleration, but the Evoque isn't the sort of car that encourages you to drive quickly so we'd save the money.

On the other hand, the P300e plug-in hybrid is well worth considering. It's the fastest model in the Range Rover Evoque range (0-62mph takes just 6.4sec) and, more significantly, official tests show it can run exclusively on electric power for up to 34 miles on a charge, and its electric motor is easily strong enough for the urban grind.

Ride comfort in the Range Rover Evoque is impressive if you stick with 17in or 18in alloy wheels. Even with these, it's fair to say that the Volvo XC40 is a little smoother over potholes, but the Evoque is better controlled and sways around less along uneven roads. What's more, it rides speed bumps with more grace and stays nicely settled on motorways.

Even if you go for a version with the relatively chunky 20in alloys (they're standard on SE and HSE trim), ride comfort is far from a deal-breaker, but doing so does instigate more fidget. Plug-in hybrid P300e models are the least forgiving, yet still by no means overly firm.

We've also tried the optional adaptive suspension, although only in combination with enormous 21in wheels – the largest you can have on your Range Rover Evoque. Based on this limited experience, we'd say save yourself the money and stick with the regular suspension. 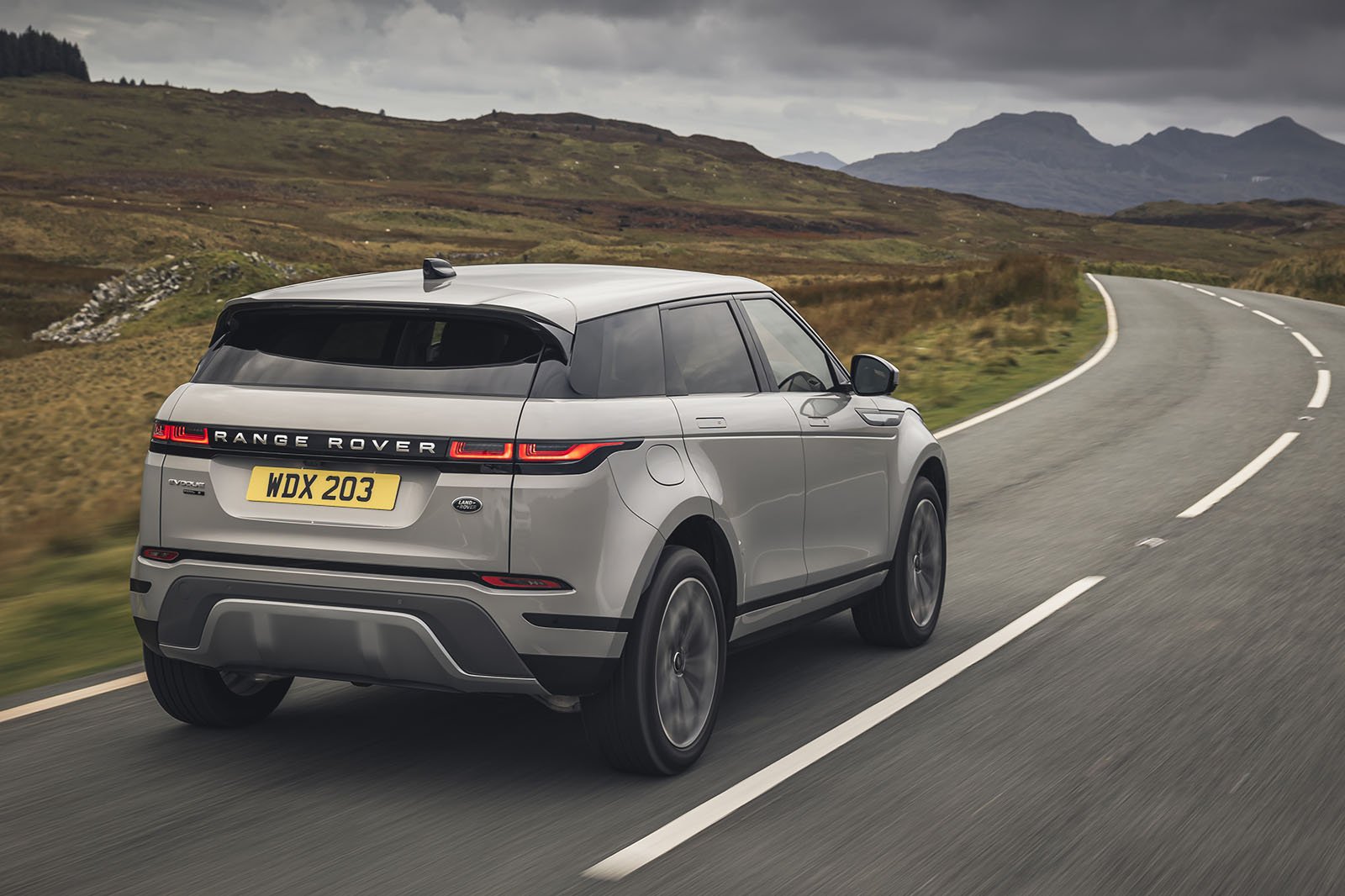 The Range Rover Evoque is no Porsche Macan through the corners but, like the Volvo XC40, it handles assuredly. There's a fair bit of body lean but no shortage of grip. The steering is also accurate and appropriately responsive – not too slow but not so quick that the car feels twitchy. The P300e feels a little less agile, but is still perfectly fine.

You’d expect a Range Rover to be jolly good off road, too, and sure enough the Evoque can tackle terrain that would leave an XC40 or a BMW X1 flummoxed. The standard fit Terrain Response 2 system can automatically tailor the four-wheel drive system to suit the surface you’re driving on, plus the Evoque has more ground clearance than most rivals and can wade through an impressive 600mm of water (150mm more than the XC40).

If you plan to tow, the Range Rover Evoque can pull up to 2000kg (it varies depending on engine). That isn't a best-in-class figure, but towing stability is good.

The Evoque’s 2.0-litre petrol engines are impressively refined at low revs. However, ask a lot of them and they can get quite raucous. You feel a bit more vibration with the D200, but it doesn't need to be worked as hard, thanks to its strong low-down muscle. The P300e switches between petrol and electric power very smoothly (it's much better than the Volvo XC40 Recharge hybrid in that regard), even if its 1.5-litre petrol engine isn't as quiet as it is in the Land Rover Discovery Sport P300e.

As for cruising ability, the Evoque generates a lot less road noise than the XC40 or BMW X1. There isn’t much wind noise, either, although you can hear the suspension working away along pockmarked roads.

The biggest flaw in the Range Rover Evoque’s otherwise pretty calming road manners is its gearbox. The stop-start system has a predilection for killing the engine when the speed drops to around 10mph – its assumption being that you’re about to come to a halt. Yet if the road ahead clears and you hit the accelerator before you've come to a stop, the gearbox drops into drive with an annoying jolt. The one version that doesn't suffer from this problem is the P300e.