You sit very high in the Mercedes GLS, giving you a great view of the road ahead. Plus, the driver’s seat electrically adjusts every which way to help you get comfortable, and a standard 360-degree camera makes the GLS easier to manoeuvre in tight spaces than you’d expect.

On top of all this, the interior has more of a wow factor than the BMW X7’s, thanks to two 12.3in glass-fronted screens that sit side-by-side to create a panoramic effect, as well as swanky ambient lighting in a choice of 64 colours.

However, despite featuring metal detailing, real wood and swathes of leather, the interior doesn’t feel anywhere near as solid as the X7’s or the Audi Q7’s. Indeed, the air-con control panel on the GLS’s dashboard feels particularly flimsy, and some of the hard, scratchy plastics on the doors aren’t what you’d expect to find on a luxury SUV.

The infotainment system does impress, though. The menus are pretty logically laid out, and you can also use a Siri-style ‘Hey Mercedes’ voice control system, which recognises natural speech so you don’t need to learn specific commands. Apple CarPlay and Android Auto come as standard.

Most functions are operated by swiping and pressing either the left-hand screen or a touchpad between the front seats, although this is more fiddly to use than the X7’s rotary controller. But the GLS’s infotainment screen is more responsive than the ones you’ll find in the Q7 and Volvo XC90 and, unlike those cars, it has conventional climate controls that can be operated via physical buttons without taking your eyes off the road. 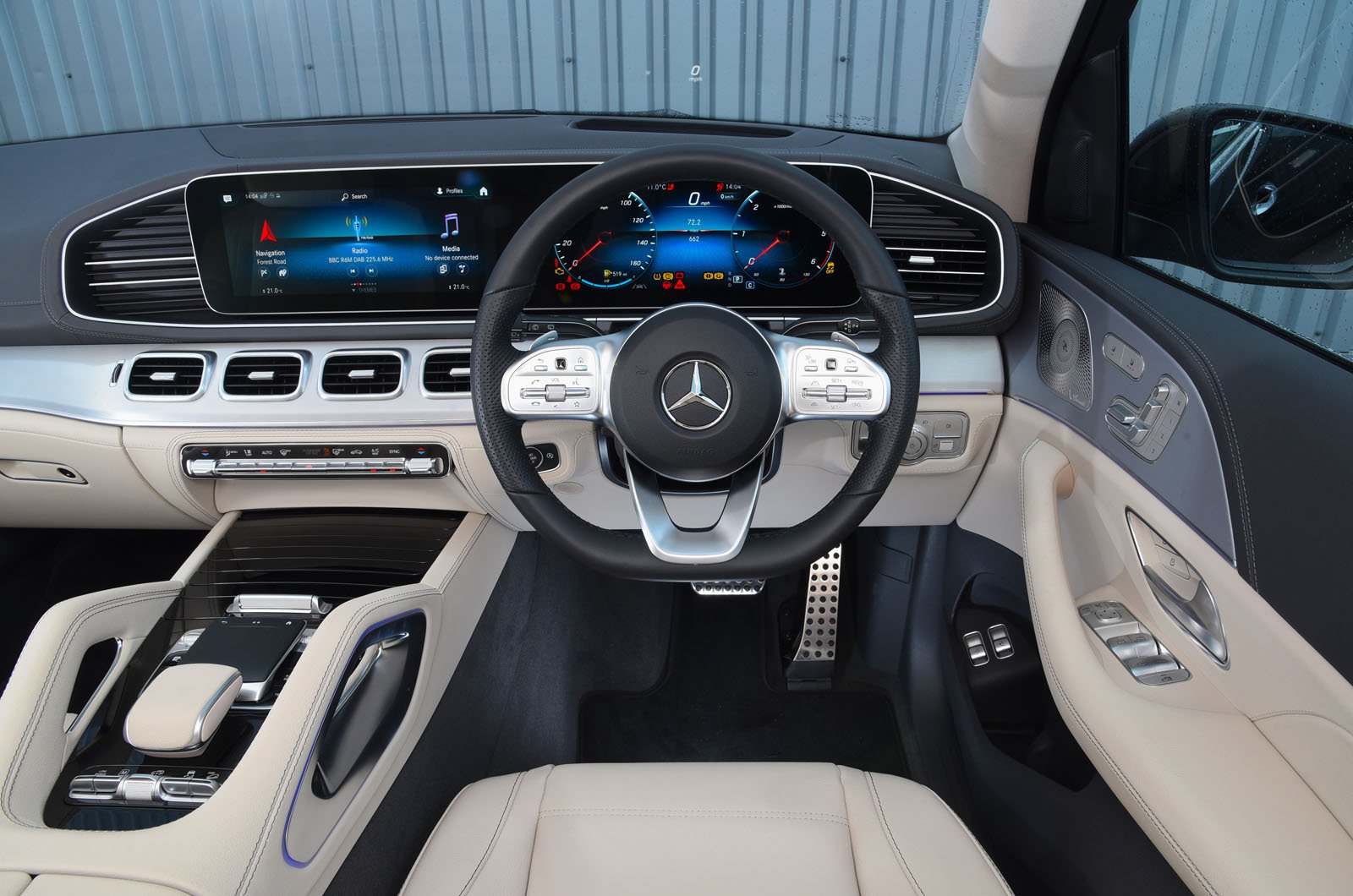