One of the great things about electric cars is that they have just one gear, meaning seamless acceleration is on tap the instant you squeeze the accelerator pedal. And it’s this that makes the Mini Electric feel even nippier than it is.

How so? Well, although its official 0-62mph time of 7.3sec means it’s much faster than its electric rivals the Renault Zoe, Honda E and Peugeot e-208, it feels even quicker than the petrol-powered Mini Cooper S (even though it isn’t quite).

Like all electric cars, when you lift off the accelerator pedal the Mini harvests energy that would otherwise be lost to feed back into its battery This process, known as regenerative braking, is fairly aggressive in the Mini, causing the car to slow down quite quickly. You can reduce the effect if you want by pressing a button on the dashboard, but annoyingly you'll need to do this every you switch the car off and back on again.

The braking effect naturally intensifies when you press the brake pedal and, unlike in many electric cars, it isn’t hard to judge how much pressure to apply in order to slow down smoothly.

There's also a choice of four driving modes: Sport, Mid, Green and Green Plus. As their names suggest, Sport sharpens up the accelerator response and gives you more of that instantly responsive electric-car feel, while Green requires you to push the accelerator pedal much harder for a good burst of acceleration, encouraging you to drive more gently.

The Mini is relatively agile by electric car standards, feeling darty and changing direction without much body lean. It's certainly feels sportier than a Renault Zoe or a Peugeot e-208. Sadly, the Mini's steering doesn’t give you much warning when the front tyres are about to lose grip – something that happens sooner than you might imagine, especially when it's been raining. This spoils the fun a little.

Ride comfort isn't a Mini Electric strength, either. It jostles you around along beaten-up urban backstreets and even relatively smooth-looking motorways. The Renault Zoe doesn't have an especially smooth ride, either, so should you prefer things a little more cushioned, we’d recommend the Peugeot e-208 or Seat Mii. 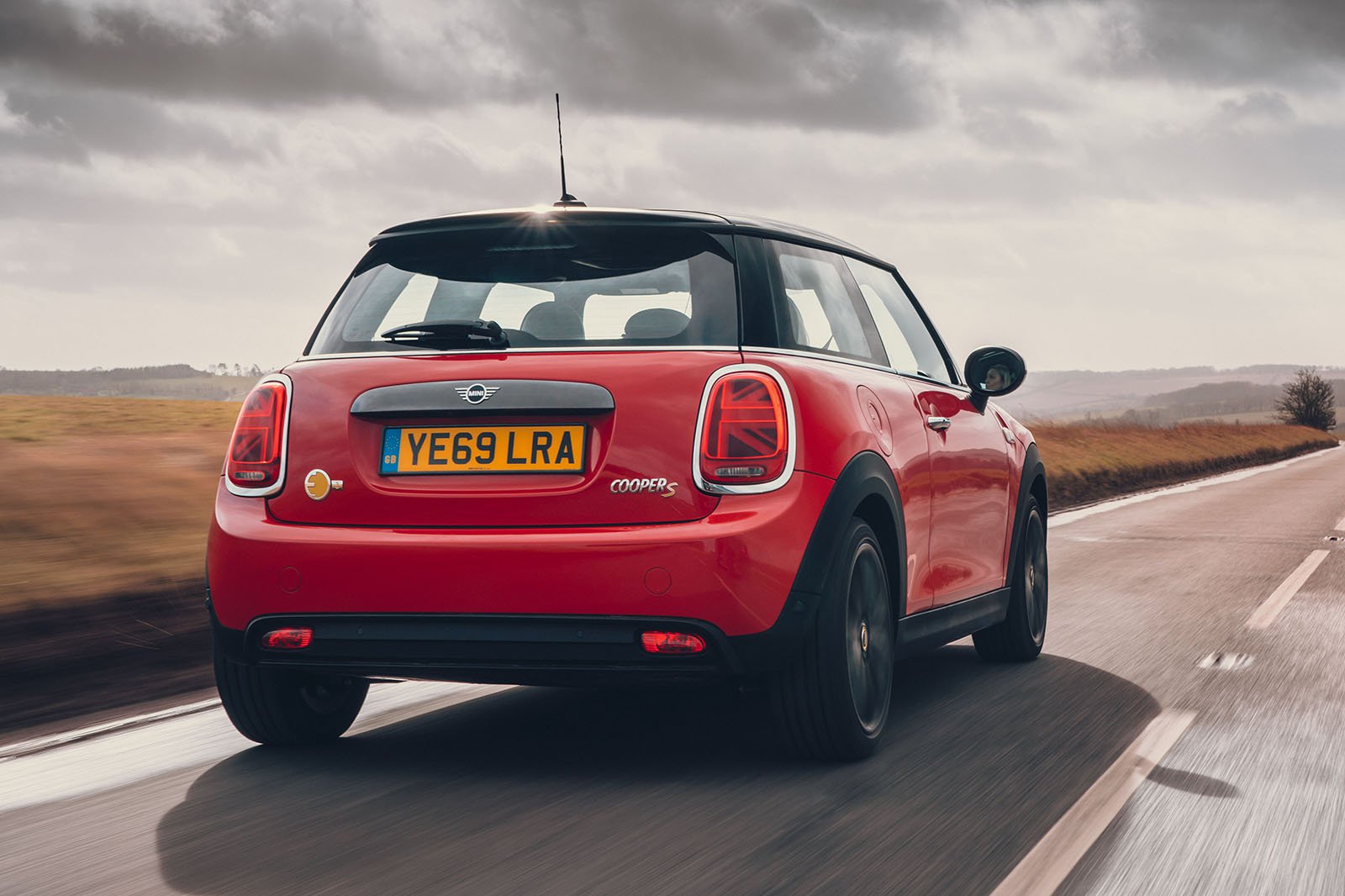