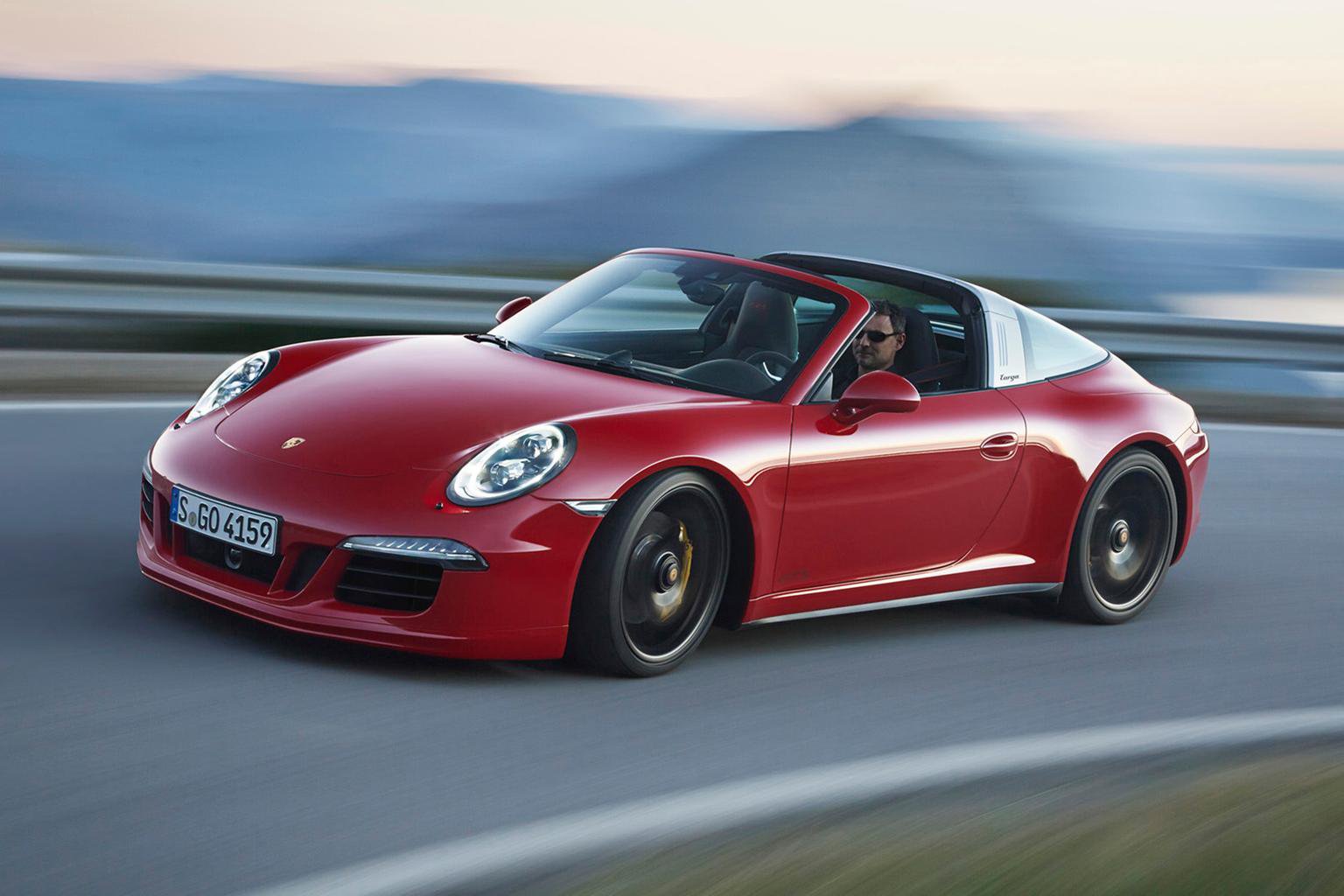 A new four-wheel drive GTS variant of the Porsche 911 GTS has been revealed at the Detroit motor show.

GTS versions of the standard coupe and cabriolet 911s are already offered, and are designed to bridge the gap between the standard Carrera models and the more potent Turbo and GT3 versions.

There is only one engine offered in the 911 Targa 4 GTS. It is a naturally-aspirated 3.8-litre six-cylinder direct injection petrol engine, which produces 430bhp and 324lb ft of torque.

Despite the extra performance over the 911 Targa 4S on which the new car is based, the economy remains the same at 30.7mpg.

No. There are no discounts to be had on Porsche 911 Targas according to Target Price, and we’d expect the same with the new GTS range-topper.

The 911 Targa 4 GTS will compete with some very respectable rivals. The Audi R8 Spyder costs similar money, has similar performance, and is a four-star car. Also consider the Jaguar F-type V8 roadster, which is also a four-star car, and the three-star Maserati Grancabrio.