Not only is there a new version of the Mercedes GLE Coupe, it's now available as a plug-in hybrid. We've driven it to find out if it's any good... 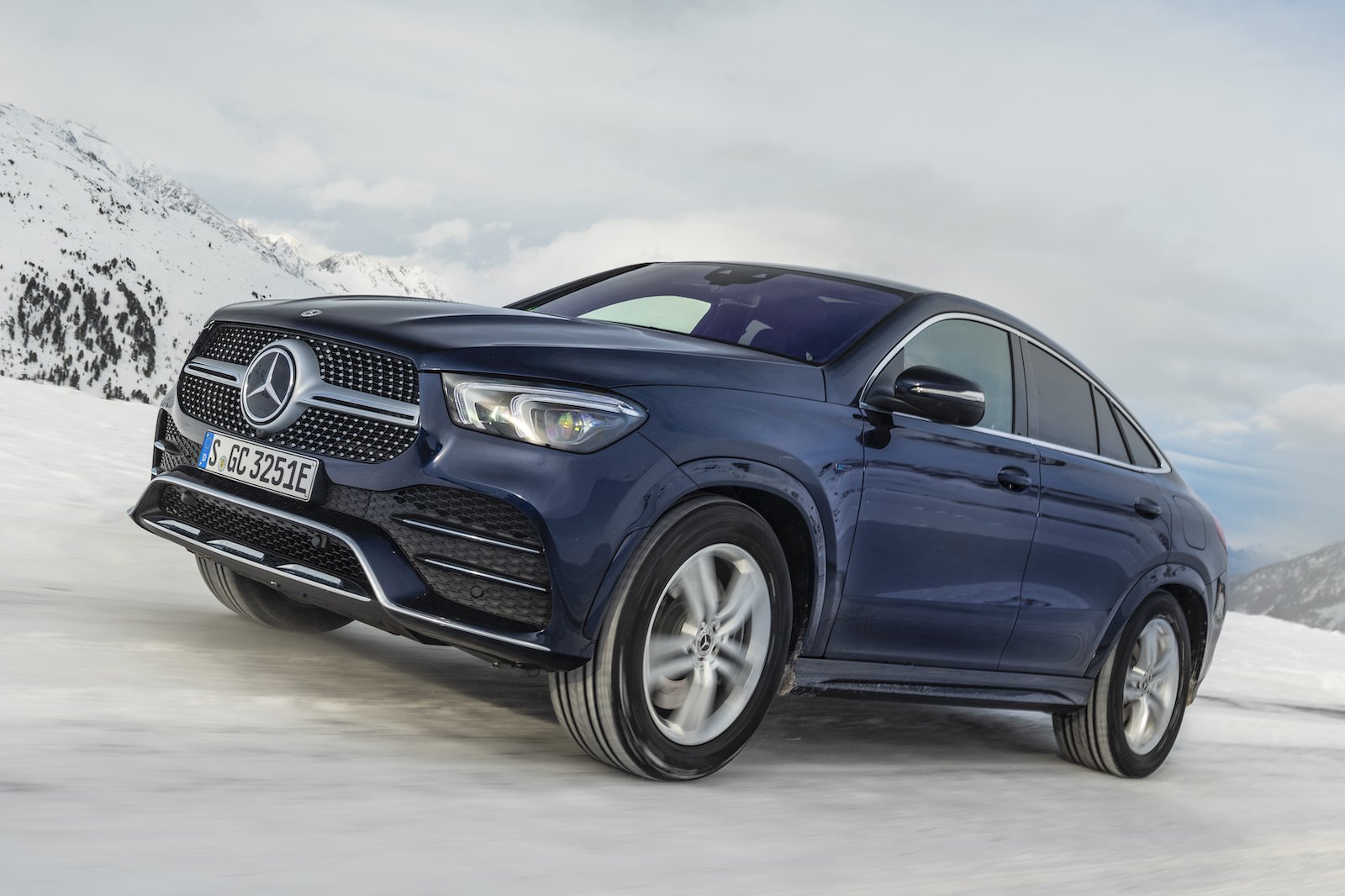 Once upon a time, one of the key reasons for buying an SUV was practicality. However, it seems an increasing number of people want a little bit more sport and a little less utility from their vehicle. Enter the second generation Mercedes GLE Coupe.

Based on the square-rigged GLE, the Coupe has its wheels moved 60mm closer together to help it feel more agile while the roof is of course more heavily raked. Unsurprisingly, there’s no seven-seat option and overall boot capacity also shrinks compared to its sensible sibling. Even so, it’s still a little bigger than its predecessor to help liberate a bit more space inside.

At launch, there will be the choice of a 3.0-litre diesel badged 400d or a 3.0-litre petrol with mild hybrid assistance in the AMG 53 version. However, the most intriguing model is the 350de which combines a 2.0-litre four-cylinder diesel with a powerful electric motor and sizable 32.1kWh battery. That will arrive a couple of months after deliveries start in the UK. 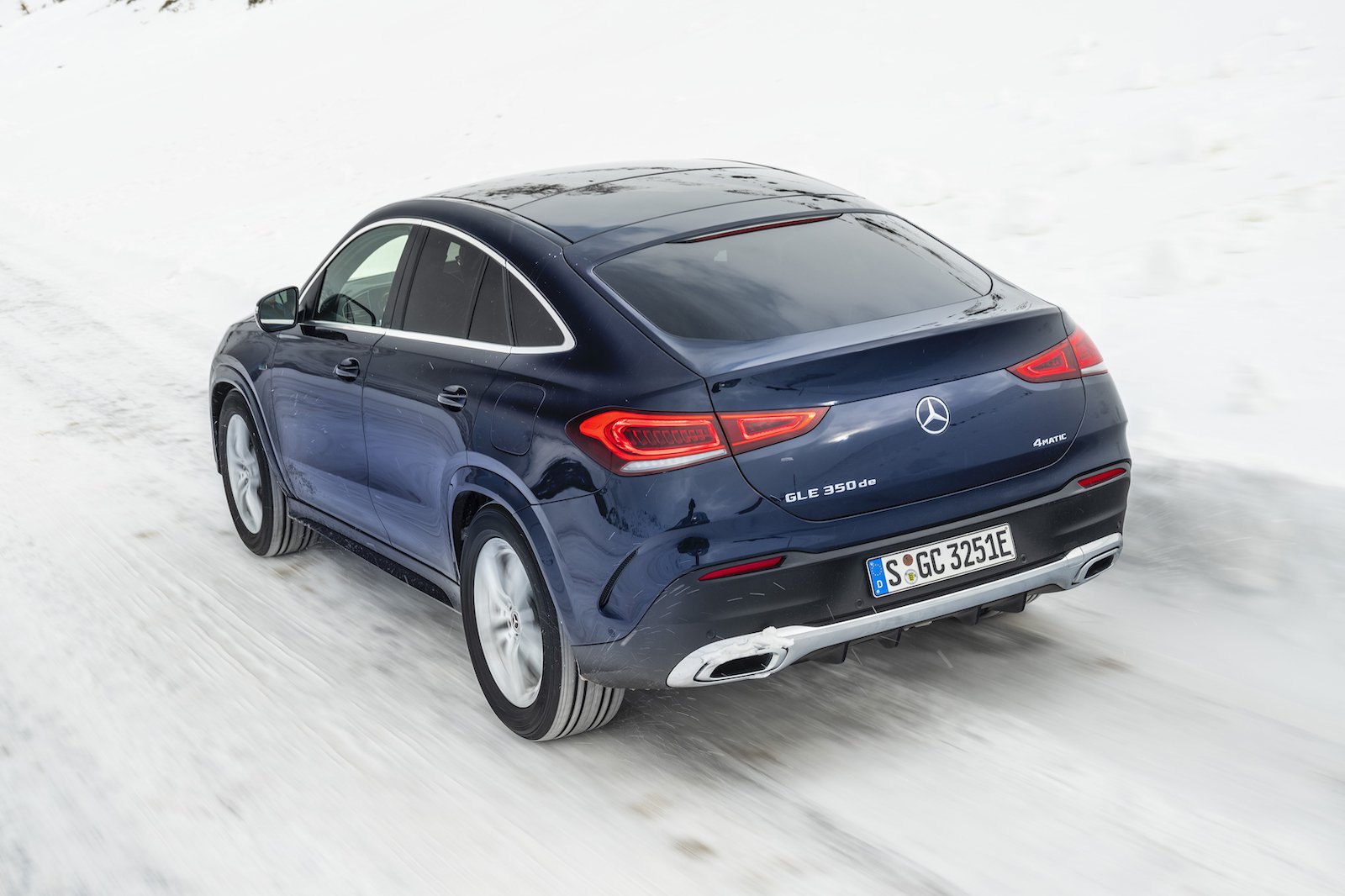 We’re certainly familiar with the impressively smooth and powerful 400d engine in other Mercedes, and it’s no different in the GLE Coupe. With that in mind, let’s focus on the 350de. Thanks to the big battery, it’ll cover up to 62 miles on a single charge according to official figures. That’s over twice as much as an Audi Q7 TFSIe or Volvo XC90 T8 and puts it on par with the impressive BMW X5 45e.

In electric mode the GLE is very smooth, with only the odd low speed gearchange punctuating the acceleration oh-so-slightly. You certainly wouldn’t call it brisk, but it has enough poke to get you up to motorway speeds quickly enough for most situations. One thing that does take a bit of getting used to is the way the car automatically switches between coasting when you come off the accelerator, or using the regenerative brakes to top up the battery depending on traffic and road conditions. In practice, it actually makes for a more relaxing drive as often it stops you having to use the foot brake.

Should the engine be called into play, the transition between power sources happens near-seamlessly and the diesel lump is very refined, if not quite as smooth as the six in the 400d. The 350de might be the slowest model in the GLE Coupe range, but performance is still more than strong enough and it keeps its 3500kg towing capacity. It’s also worth pointing out that the relatively small diesel will be far less thirsty than the powerful petrols in rivals should you run out of volts.

It’s a shame then, that even on 20in wheels the GLE fidgets at the slightest sign of a road ripple and thuds over bigger bumps even with the standard air suspension in Comfort mode. It’s not downright uncomfortable, but some rivals do a better job of soaking up scruffy surfaces. What’s especially worrying is that all UK cars will get giant 22in wheels that are unlikely to do the ride any favours.

Get to a bend and you’ll find the steering is precise, but you’re always aware of the 400kg of battery under the boot floor making it feel pretty ponderous. Make no mistake, this is not an agile thing you’ll enjoy hustling along, although it grips gamely enough. 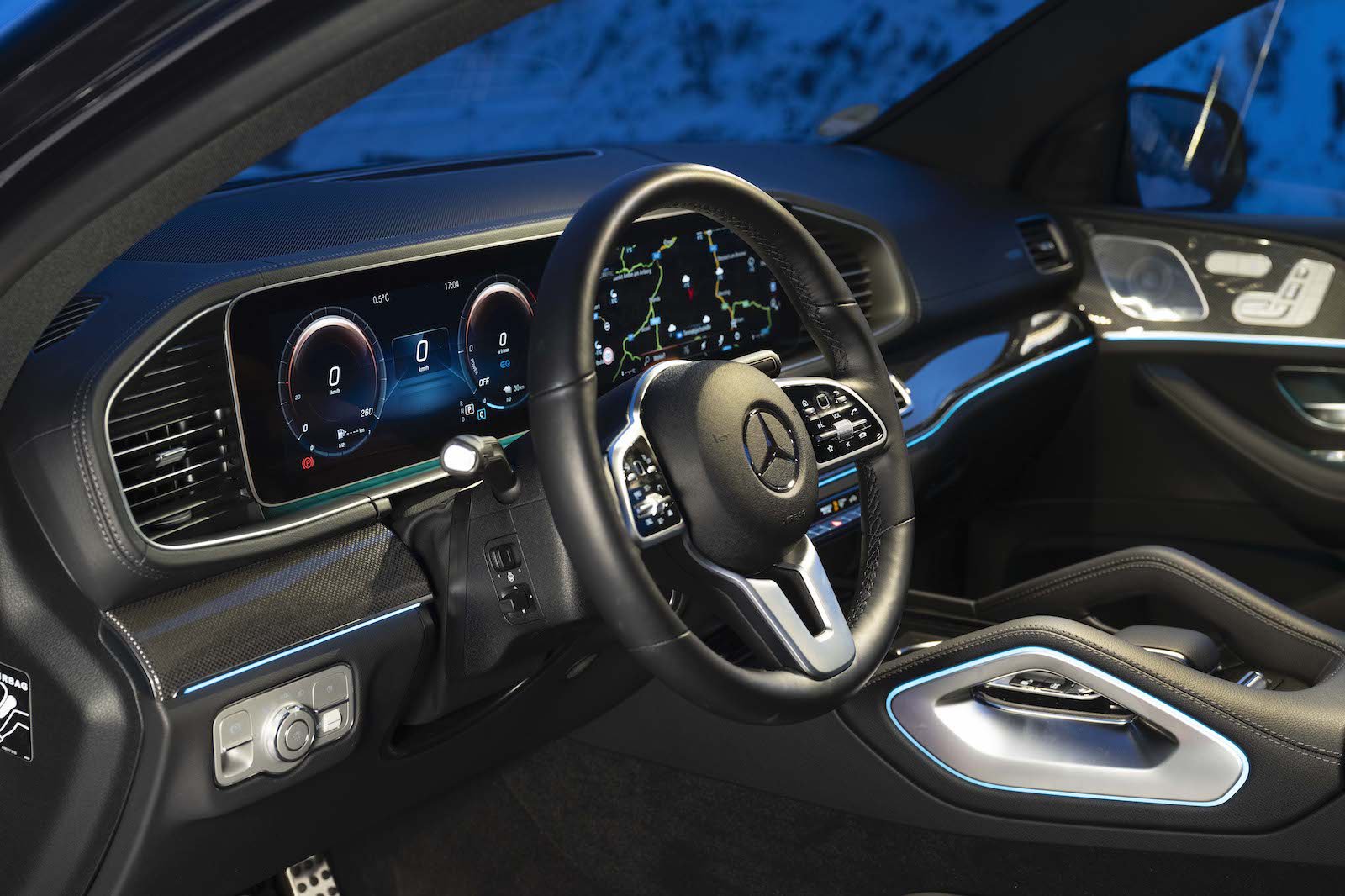 Up front you’ve got plenty of space and Mercedes’ excellent infotainment system with a huge 12.3in screen that can be used as a touchscreen or using touchpads between the seats or on the steering wheel. Quality might not quite be up to Audi standards, but the interior certainly looks luxuriously flashy.

Rear leg room is generous but head room isn’t the Coupe’s strong point, not helped by a standard panoramic glass roof. That means a six-footer will find their head very close to the roof lining while anyone taller will probably have to slouch to fit. As for boot space, the 350de’s battery robs the underfloor storage you’d usually get, but the area above this is virtually unchanged. Unless you plan on moving a wardrobe, space is ample.