The new Hyundai Ioniq 6 electric car is a four-door coupé, which promises next-generation battery tech for a longer range. And we've been to see it...

While the sleek design of the Hyundai Ioniq 6 is said to owe something to the ‘streamliner’ aircraft of the 1930s, everything else about this new electric car is as modern as it gets.

Based on the Prophecy concept shown in 2020, the Ioniq 6 is a four-door coupé that counts the BMW i4, Polestar 2 and Tesla Model 3 among its key rivals. The influence of that radical show car is clear to see in the production version’s dramatic, swooping roofline and smooth bodywork. The pixel-style lights first seen in the Hyundai Ioniq 5 also feature, but aside from that, the two cars are markedly different outside, with the Ioniq 6 being significantly lower and featuring a large lightbar at the rear with a subtle bootlid spoiler. A choice of 18in or 20in alloy wheels is available.

Inside, the similarities to the Ioniq 5 are clearer to see, with the same conjoined 12.0in digital instrument panel and 12.0in infotainment touchscreen. Some models will get cameras instead of door mirrors, and the fully reclining front ‘relaxation seats’ are expected to be available as well. These fold down almost flat to let you lounge in comfort while you wait for the car to charge. 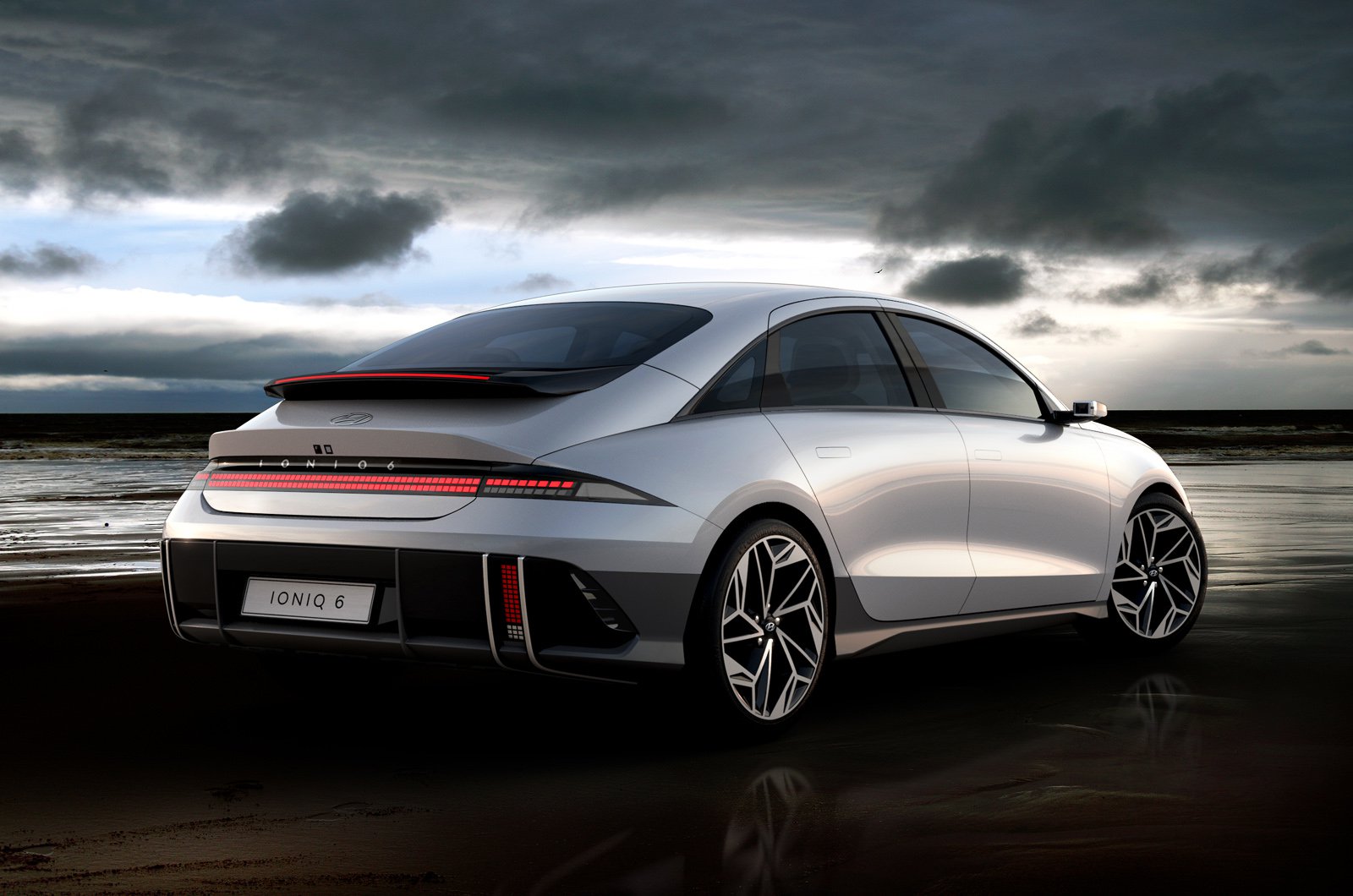 The two front seats are separated by a large, flat centre console that’s said to have been designed so that you can easily prop a laptop on it – to catch up on emails, if you aren’t sleeping, while the car charges – and recycled materials feature throughout.

We’ve sat in a pre-production version of the Ioniq 6, but we haven’t yet been able to draw any conclusions on the quality of the materials or the technology, because the interior isn’t yet representative of a finished car’s. But what we have been able to learn so far is that the Ioniq 6 might have some practical shortcomings.

In the rear seats, leg room is very generous (the distance between the front and rear wheels is only slightly shorter than that of the incredibly roomy Ioniq 5), but tall adults won’t be able to sit up straight without their head touching the rooflining. And the narrow saloon opening at the rear hides a boot that, at a glance, looks pretty small, although no official capacity figures have been released yet. 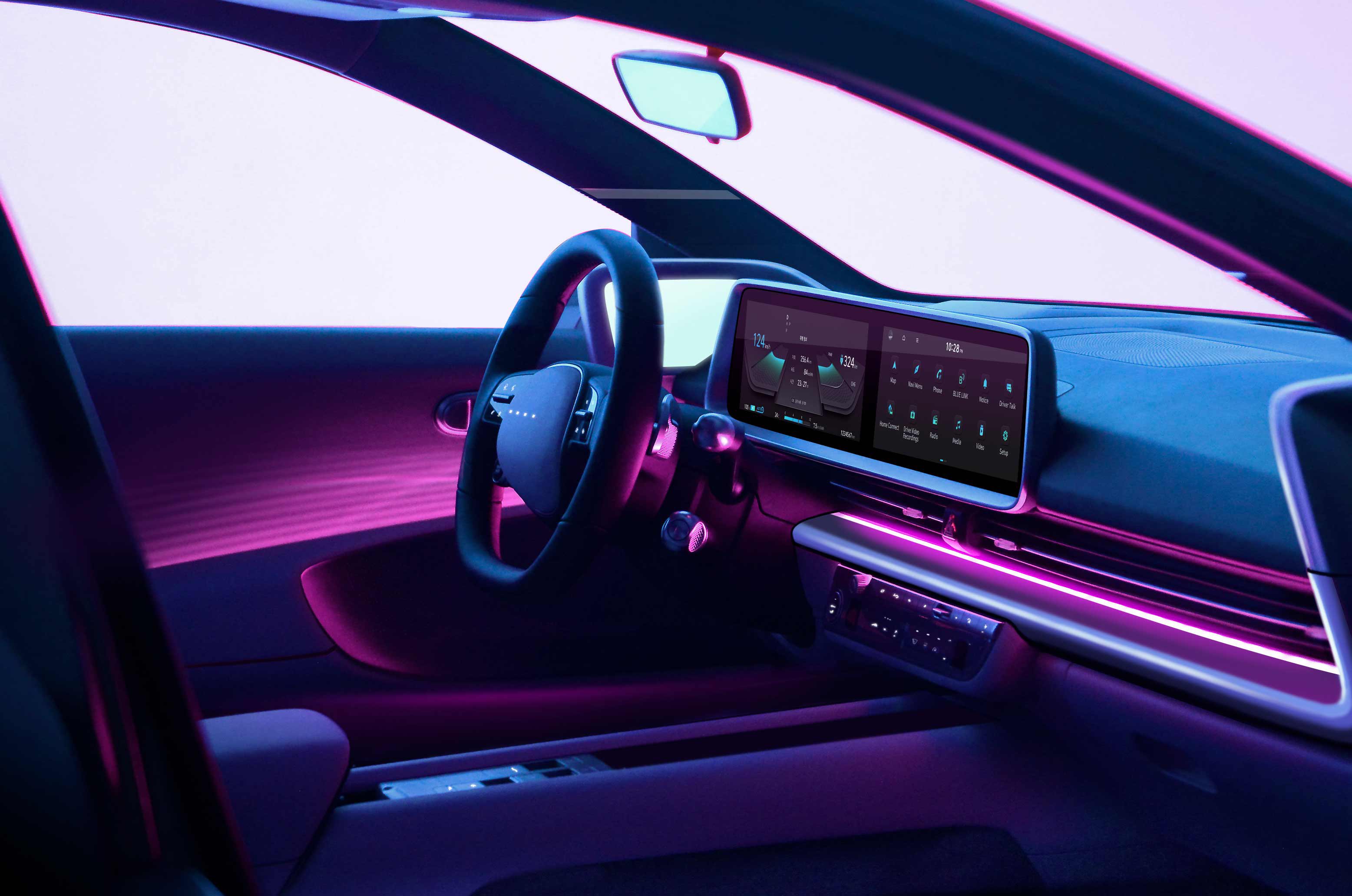 Hyundai hasn’t yet revealed full specifications, but early suggestions are that the Ioniq 6 will be treated to a bigger battery than the 77.4kWh one available in the recently updated Ioniq 5, featuring a new generation of battery technology for Hyundai. That means, along with its more aerodynamic design, it’s reasonable to assume that the Ioniq 6 will be able to go farther between charges than the Ioniq 5, which has a 315-mile official range. If so, it will be competitive with the i4 (up to 365 miles), Polestar 2 (336 miles) and Model 3 Long Range (374 miles). 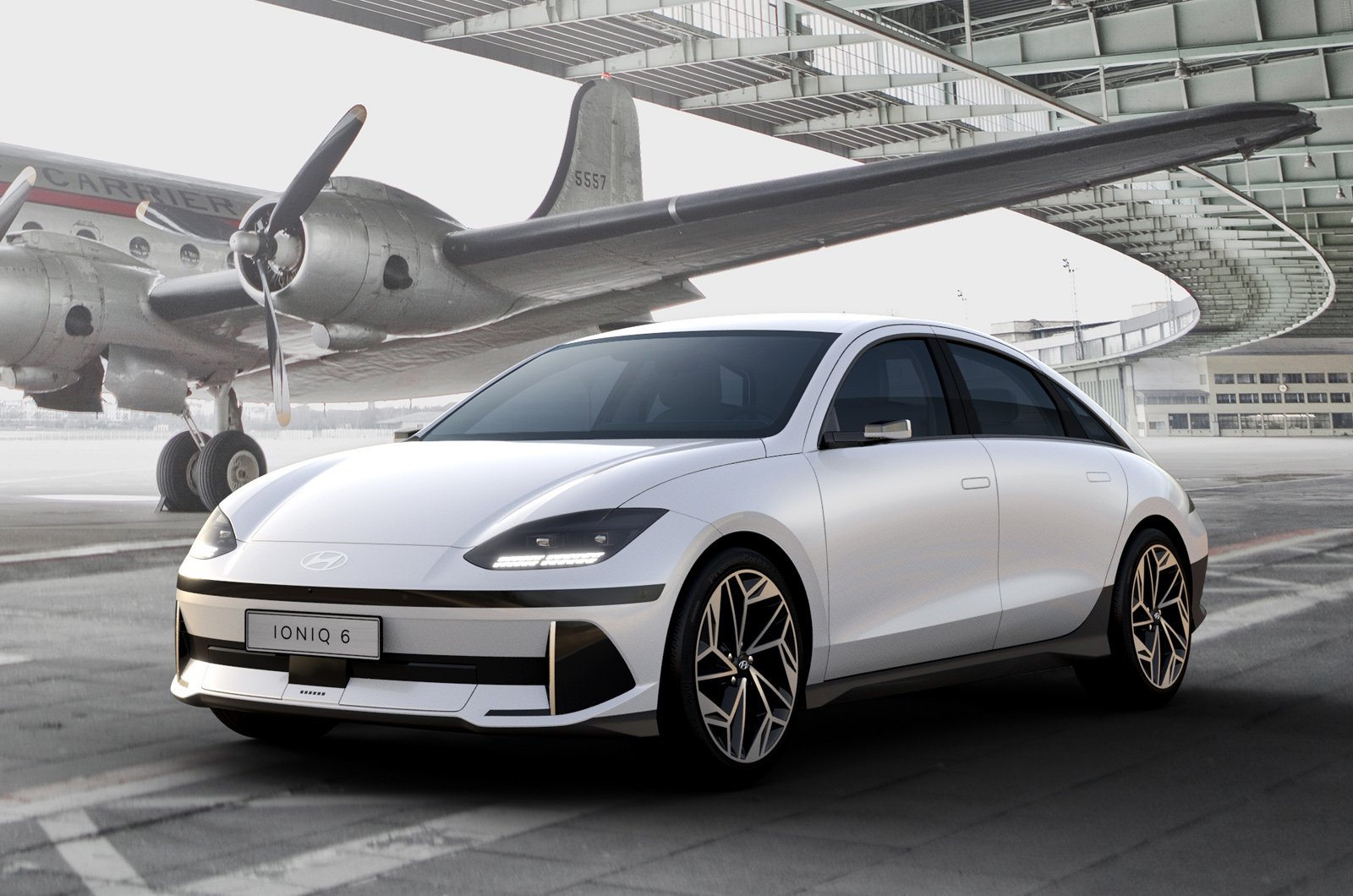 There’s no word on performance figures yet, but the 225bhp rear-wheel-drive Ioniq 5 can sprint from 0-62mph in 7.3sec. As with the closely related Kia EV6, a more powerful four-wheel-drive version is a possibility, too.

As for pricing, the Ioniq 6 is expected to start at around £45,000. That represents a jump up from the £39,400 Ioniq 5 but would make the Ioniq 6 competitive with the equivalent Polestar 2 and Model 3, and a good chunk cheaper than the i4.