More for you |
Every 5-star car on What Car?Used test: Maserati Levante vs Porsche MacanNew issue of What Car? magazine on sale nowMost and least reliable small SUVsRevealed: the car makers whose discounts have got bigger since lockdown
Home
News
2p fuel rise set to be postponed
news

* Chancellor hints at change * Government fears backlash * VED changes could be here to stay, though... 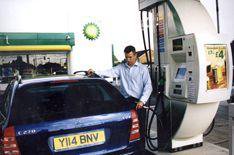 A 2p-a-litre tax rise on fuel is set to be postponed again.

The rise was originally postponed in March's Budget to October but, with fuel prices still at an all-time high, the Government is set to delay the tax rise again in a bid to head-off public anger.

Speculation that the rise will be postponed again came after Chancellor of the Exchequer Alistair Darling announced he would make a statement on the rise before October.

However, he has also insisted that he won't reverse plans to introduce sweeping changes to the VED road tax system next April.

More than 50 Labour MPS have signed a petition urging Darling to consider scrapping his controversial plans to raise VED rates for high-polluting cars, as well as applying the rates to older cars.

Darling said: 'Vehicle Excise Duty has been linked to how polluting a car is since the beginning of the decade and I believe it is right we should encourage people to use less-polluting cars.'