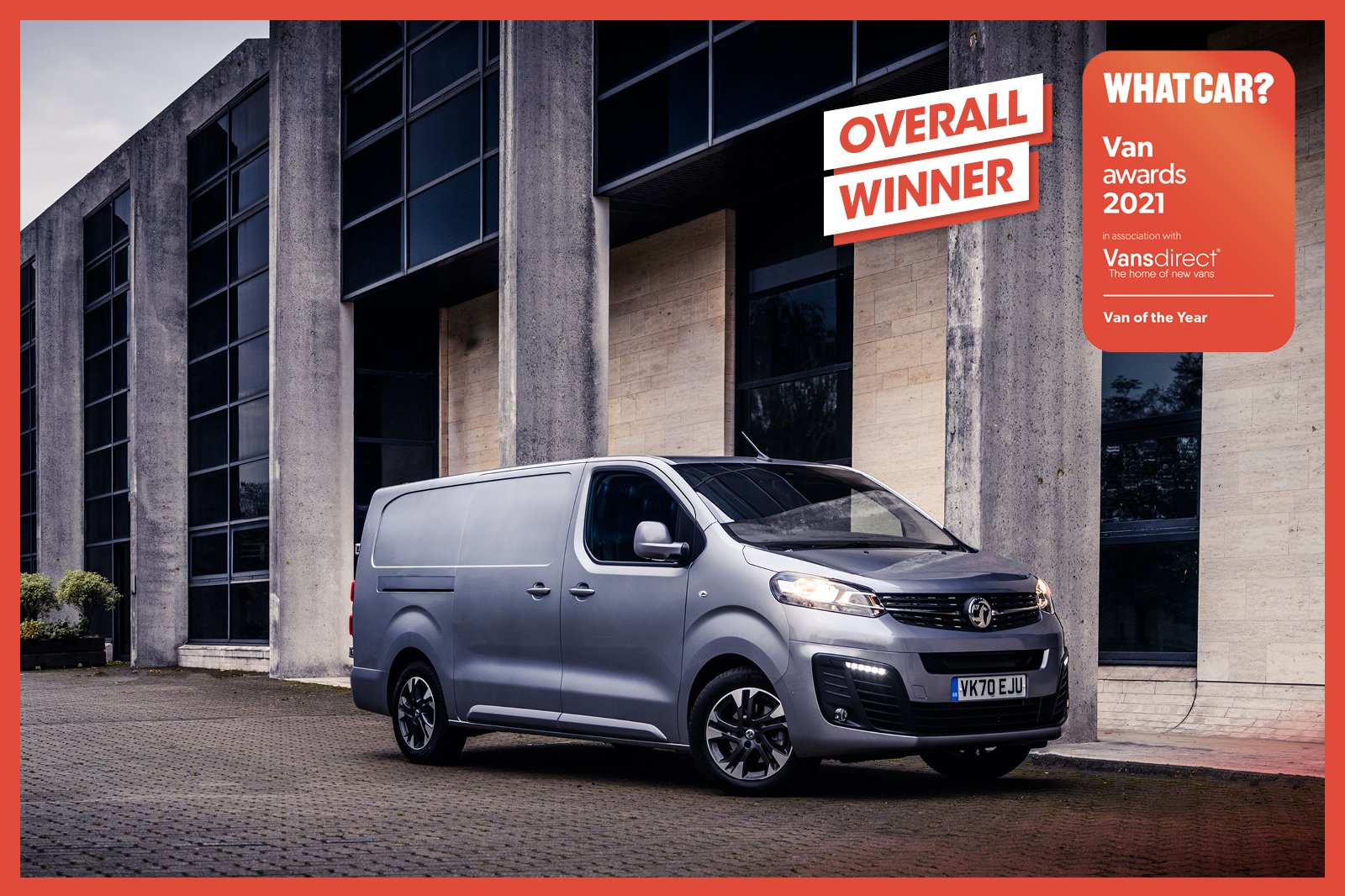 The all-electric Vauxhall Vivaro-e has won the first-ever What Car? Van of the Year title, run in association with commercial vehicle retailer Vansdirect, wowing judges for its combination of zero-emissions power, ultra-low running and ownership costs and impressive performance and practicality.

The Vivaro-e was launched this year, and is rated as having up to 205-miles of range on the current official test cycle, making it practical for everyday use for many van drivers, as well as ensuring that running costs are extremely low. It is also an extremely easy van to drive, as well as practical. Finally, it stands out from similar vans for having stronger residual value predictions, meaning it is cheaper to lease or own.

“As the first wave of electric vans hit the market, it is the Vivaro-e that is doing the most to demonstrate that they can be practical, affordable replacements for petrol or diesel-powered vans for many drivers,” said Steve Huntingford, editor of What Car? “The Vivaro has always been an appealing van for its straightforward blend of practicality and affordability, but for anyone who can fit a Vivaro-e into their working life the list of its assets has now become even more compelling thanks to the advantages electrification offers.”

Talking about the victory, Stephen Norman, Group Managing Director, Vauxhall, said:  “All of us at Vauxhall Motors are honoured that What Car? has awarded our all-electric Vivaro-e as its Van of the Year.

“Without doubt, the Vauxhall Vivaro-e is a game changer.  With class-leading range, payload and towing capacity, Vivaro-e is the all-electric van that will carry British business. The strength of the quantity of orders for our all-electric van already demonstrates that the Vauxhall Vivaro-e, the first step in the electrification of our entire van range, will contribute towards the transition towards low emissions vehicles whilst improving air quality.”

The What Car? Van Awards were held in association with Vansdirect, an award-winning multi-brand retailer that works with manufacturers to make a wide selection of great value new vans available. It typically stocks around 2000 vans at any time, all of which are available for home delivery. It also offers contract hire, hire purchase and lease deals and offers a price match promise to customers.

“We’re delighted to have supported such a high-profile event, and to have many of the vans highlighted by What Car?’s expert judging team in stock and ready to deliver to customers, all at great prices and potentially for delivery in as little as five days from now,” said Paul Cox, sales director of Vansdirect.

What Car? has more than 50 van and pick-up reviews online, while its video reviews, fronted by ex-Wheeler Dealers presenter, mechanic and inventor, Edd China have proved a smash hit since launching 12 months ago, racking up more than 1.5 million views to date.

What Car? Van of the Year Awards winners, in association with Vansdirect

What Car? Van of the Year
Vauxhall Vivaro-e