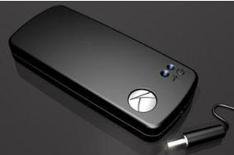 A new device has been launched to help motorists avoid penalty charges for failing to pay London's Congestion Charge.

Once buyers have registered their details, the device can be plugged into the lighter socket of a car and will then automatically pay the Congestion Charge when the car enters the charging zone.

The device is called the KenBuster - a name that will remain unchanged despite Boris Johnson ousting Ken Livingstone, who created the charge, in last week's London mayoral elections.

At present, around 100,000 people a month are fined for failing to pay the Congestion Charge.

Failure to pay results in a fine of 120, reduced to 60 if paid within 14 days, but increasing to 180 if unpaid after 28 days. Fines generate nearly 100 million a year for Transport for London.