More for you |
What Car?'s top 10 used electric cars (and the one to avoid)10 most unreliable SUVsWhat Car?'s best cars for less than £250 per monthGuaranteed discounts on our 2020 Award winners - save up to £19,366Skoda Kamiq long-term test review
Home
News
Bad weather prompts Government review
news

* Two-phase review * Recommendations for the short and long term * Result due summer and autumn... 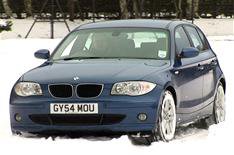 The Government has announced that an independent review will look into the transport sector's response to this winters severe weather, and will recommend ways it can improve in the future.

The review will build on findings from a report that was published in July 2009 by the UK Roads Liaison Group.

This winter was the worst for nearly 30 years, and the review will look into the response to the adverse conditions that people faced at that time.

First results due this summer
Under the chairmanship of David Quarmby, currently Chair of the RAC Foundation and former Chief Executive of the Strategic Rail Authority, the review will be conducted in two stages.

The first phase, which will publish its recommendations this summer, will look at measures that can be implemented in time for next winter.

Phase two will consider preparations for severe weather in future years, and its recommendations will be published in the autumn.

Announcing the review, Transport Secretary Andrew Adonis said: 'Following a decade of relatively mild weather, the UK has now experienced two harsh winters in succession. For the most part our transport networks have coped well, but there are lessons that can be learned in order to improve our resilience for future winters.

'I have asked [the review] to seek evidence from a wide range of stakeholders in order to identify and disseminate examples of the very best practice in responding to severe winter weather.'

Bad weather continues
With more snow expected over the coming days, check out our guide on How to drive in winter