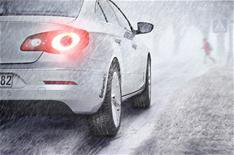 Councils will cut gritting and snow clearance services in order to save money, according to the Institute of Advanced Motorists (IAM).

However, this has been denied by several large councils, which claim they have the same budget as last year for such services.

The IAM claim that official Government estimates reveal a decrease of around 3.6% in available funds with 33 councils cutting budgets by 10% or more.

Councils must make contingency plans to ensure that essential supplies can always get through, no matter what the weather, said IAM chief executive Simon Best.

This has to include dealing with large numbers of drivers stranded for hours with no access to heat or food.

However, councils have moved to calm fears of a spending shortage. Manchester Council, which was said to have slashed its budget by around 65%, said it has the same amount of funding available for this winter as it had for last year.

Derbyshire council, which has been accused of cutting budgets by 72%, said that it had the same 4.5million available as it had in 2010 .

The baseline budget has been cut (from 3.5m to 2.5m) but contingency funding has been set aside and is available if needed, said a spokeswoman.

Birmingham council, which has outsourced its winter road services to a separate company, says it's planning to buy several new gritting lorries.

'The Government and transport operators have taken significant action to ensure that the country will enter this winter season well prepared.'

'Its estimated that the country currently holds salt stocks of over 2.5 million tonnes, including strategic stockpiles, as we enter the winter period which is around one million tonnes more than last year.'

'Its important that local authorities continue to play their part over the winter period and treat their winter service planning as an integral part of wider general resilience planning. Its vital that they give the priority required to winter services, including stocking up on road salt supplies and to regularly communicate with their local community about their preparations and how they are managing their network during any cold spell.'