* Boss of UK's biggest lease company hits out * Highlights lower CO2 emissions of diesel * Says price should be cut to encourage use... 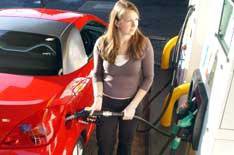 Britain's largest contract hire and leasing company is putting pressure on the Government to reduce the price of diesel.

In an open letter to ministers, Jon Walden, the boss of Lex, highlighted the fact that the UK has Europe's second-highest average diesel price, behind only Norway.

He said: 'Diesel engines are between 15-25% more fuel-efficient than equivalent petrol engines and there is a direct correlation between reducing fuel use and reducing CO2 emissions.

'Reducing CO2 emissions is very high on the Government's agenda, so why keep penalising the diesel driver?'

His letter was published as oil prices reached a new all-time high of $112 a barrel this week, prompting warnings to motorists to prepare for even higher petrol and diesel prices.

The AA says that pump prices are typically rising by around 1p a litre every 10 days.

The average UK price for a litre of unleaded petrol is now 107.9p with a litre of diesel costing 117.1p, according to the AA.

The Office for National Statistics says that during the 12 months to the end of March petrol and diesel prices rose by 20.3%.