More for you |
Every 5-star car on What Car?Used test: Maserati Levante vs Porsche MacanNew issue of What Car? magazine on sale nowMost and least reliable small SUVsRevealed: the car makers whose discounts have got bigger since lockdown
Home
News
Fuel retailers accused of profiteering
news 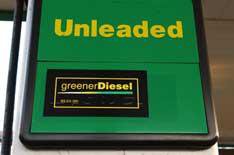 Petrol retailers have defended themselves from accusations of profiteering, despite some charging higher prices even though crude oil prices have dropped.

Some forecourts have raised prices by 2p-a-litre this week, despite oil prices dropping by nearly 40% since July and the wholesale cost of petrol and diesel falling by 30%.

The AA has called the price rises 'unbelievable, unjustifiable' and 'totally outrageous'.

It says the average forecourt prices for petrol and diesel across the UK are marginally up this week, despite the wholesale cost of petrol falling 10% in the same period.

While the AA says there is scope to cut 4p-a-litre off petrol and 6p a litre off diesel, Ray Holloway, director of the Petrol Retailers Association, denied any profiteering.

He said: 'Oil is traded in US dollars, and the British pound has fallen in value against the dollar which is making the cost of fuel to UK customers more expensive. Without this currency difference, petrol and diesel would be up to 5p-a-litre cheaper in Britain.'

Mr Holloway predicted that pump prices would fall by around 4p-a-litre in October, saying it takes up to about six weeks for falls in the wholesale price of oil to filter through to the pump prices.