Public Accounts Committee accuses Government of having no “clear, published plan” on how the UK will switch to an electric car future...

The viability of the Government’s plan to ban the sale of new petrol and diesel cars by 2030 has been called into question by a group of MPs, who say the transition represents a “huge challenge” for the country, and that the departments responsible for it have “lacked a clear, published plan” to set out how it will happen.

The criticism comes from the Public Accounts Committee (PAC), which evaluates the effectiveness and value of Government proposals and services. The PAC is made up of 15 MPs, eight of whom are Conservatives, although the chair is Labour’s Meg Hillier.

The PAC report says that although the Government has set “ambitious targets” for the transition, there are still big hurdles to overcome, including increasing the uptake of electric cars among buyers, lowering their cost, and upgrading the UK’s charging network.

Under current plans, the sale of new petrol and diesel cars will be banned from 2030, albeit with some hybrid cars given a stay of execution until 2035. So far in 2021, electric cars have accounted for 7.2% of sales – up from 4% across the same period in 2020.

Below, we look at each of the issues raised in the report, and what’s being done to address them. 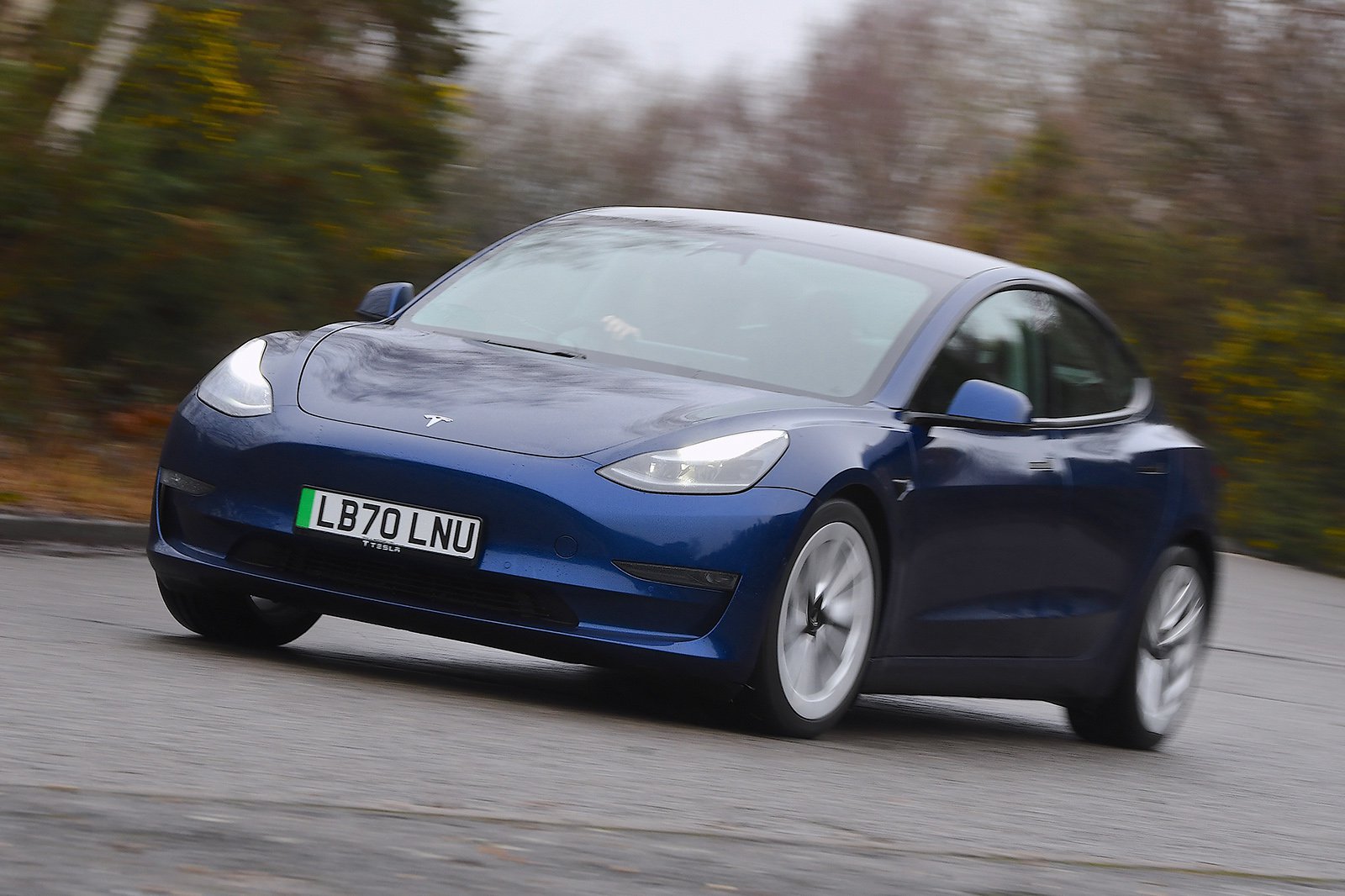 Lowering the cost of electric cars

The cost of buying an electric car is one of the biggest issues, with the committee saying it is “not persuaded that the upfront costs are low enough for many”, and pointing out that there are currently only 13 electric car models costing less than £30,000. Any fully electric car which costs less than £35,000 qualifies for the Government’s plug-in car grant, currently worth £2500.

The plug-in car grant is expected to last until at least 2023, when funding allocated for the scheme in 2020 is due to run out. To date, the grant scheme has provided more than £1 billion to electric vehicle drivers.

The cheapest electric car you can buy currently is the Seat Mii, which costs from £22,800 before the grant is factored in.

A recent What Car? survey of more than 10,000 in-market buyers showed that one-in-five were considering an electric car as their next purchase – a significant rise compared with the 8% who answered the same way in 2019.

In our survey, 31% of respondents said the biggest concern they had over going electric was range, followed by charging (18%). 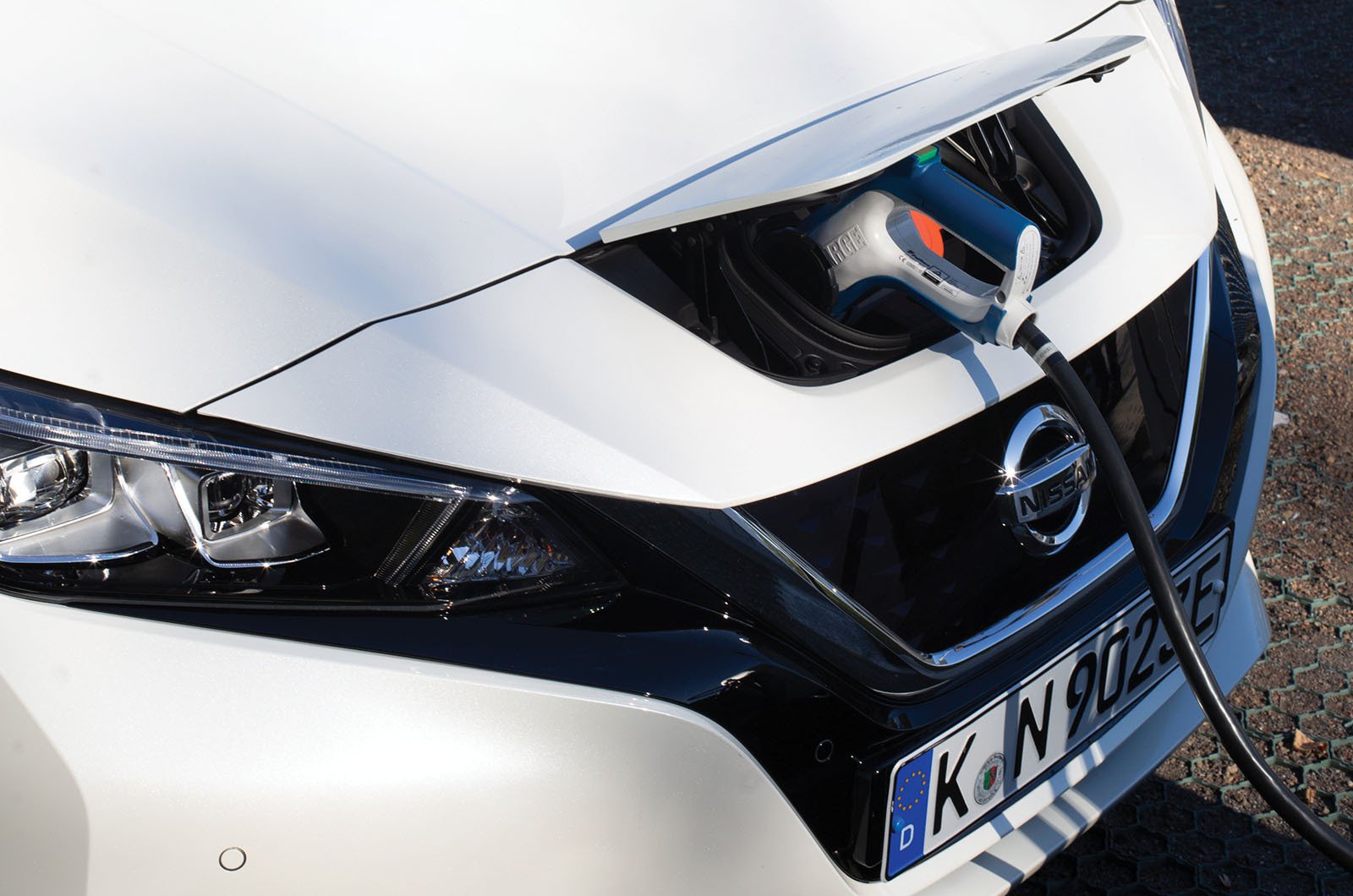 Lowering the cost of charging

A recent What Car? investigation found that public charging prices vary wildly, with it costing as little as £7.49 and as much as £17.46 to charge a Renault Zoe electric hatchback to 80% of capacity, depending on location, associated fees and the type of charger used.

Similarly, while the Department for Transport estimates that, on average, it costs around 1p per mile to run an electric car (compared with around 10p per mile to run a petrol or diesel) our real-world tests show that this is only the case when you’re charging at home. In reality, we found that an electric car can cost up to 9p per mile when all of the fees associated with public charging are taken into account, while 13p per mile is realistic for a petrol car, and 11p per mile for a diesel car.

In its evidence to the PAC, the Department for Transport said that it expects “more competition in the market and innovation which may benefit customers in terms of the price paid for electricity”. The department also suggested that some electric cars might act as energy storage devices for smart homes, and feed energy back into the grid at peak times, thus reducing energy costs. 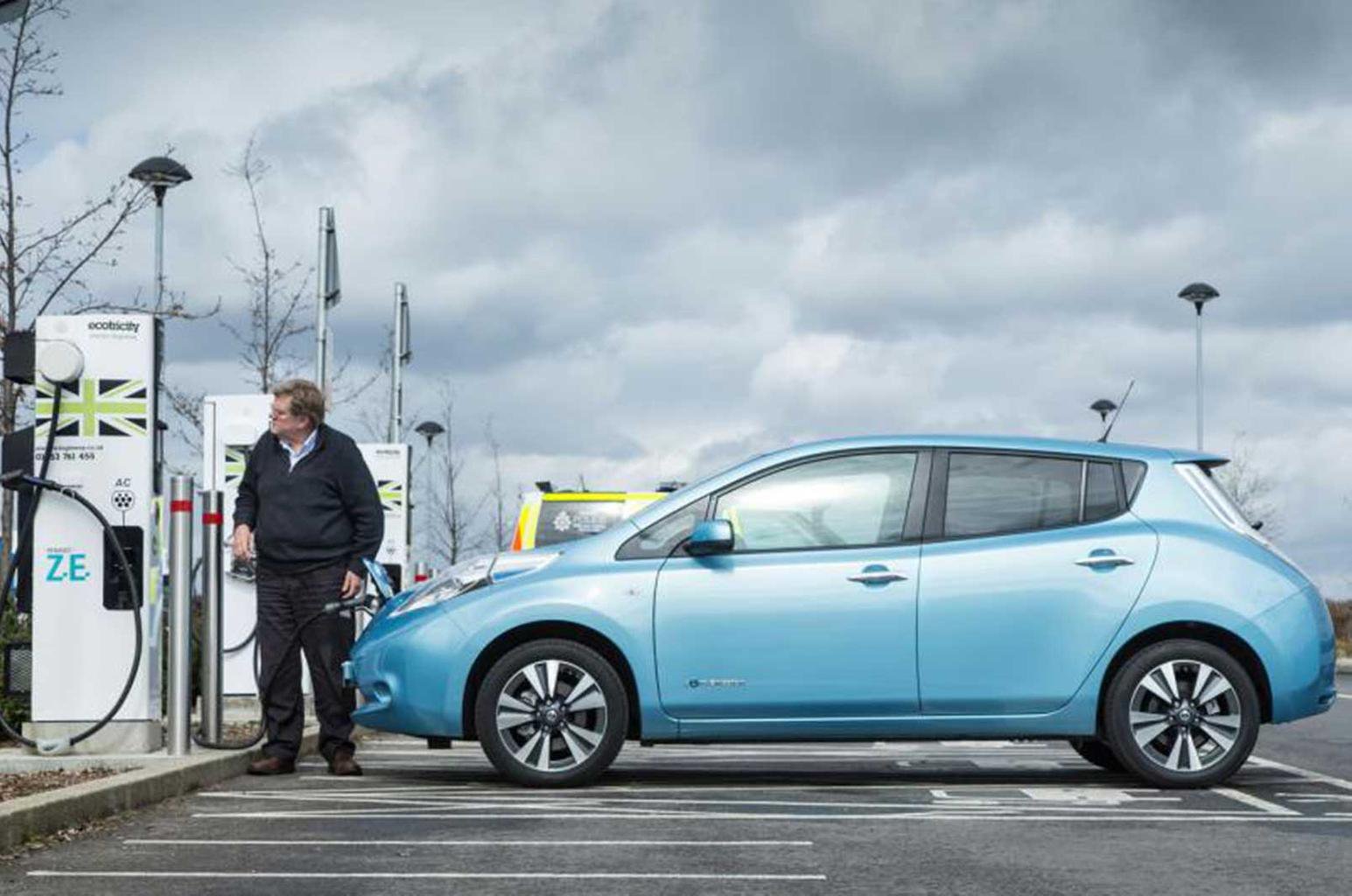 Increasing the availability of charging points

The PAC report says that although there has been progress made to increase the number of charging points available in the UK, “take-up has been greatest where there are high levels of traffic, charge-points and affluence.”

The report notes that rural areas are in danger of getting “left behind during this transition” if they too don’t see an expansion of their local charging networks. It should also be noted that the take-up among local authorities to support the growth of on-street residential charge points has been poor, with the National Audit Office estimating that almost a third of the £8.5 million set aside has not been used.

The report says: “We are not convinced that Government has sufficiently thought through how the charging infrastructure will expand at the pace required to meet the ambitious timetable to phase out petrol and diesel vehicles.”

It says that the Department for Transport has made a number of assumptions around the type of journeys most drivers are making, noting that, according to those assumptions, 99% of journeys are less than 100 miles, the vast majority of electric car charging is done at home and overnight, and that people will use public charging stations to top up during longer trips.

Despite those assumptions, the report says there is no estimate for how many charging points the country will need to keep up with the increase in electric cars. Data from the English Housing Survey also notes that 33% of households in England do not have access to off-street parking, so could not charge at home easily.

The PAC report notes that, while the Government has pledged to offer six rapid charging points at every UK motorway service station by 2023, it has “not focused much attention on charging for people that do not have off-street parking”.

According to Zapmap, which lists every public charging station in the country, there are currently 23,873 charging points at 15,254 locations across the UK. The biggest provider of publicly available charging points is Source London, which has a market share of 25.8%, followed by Ubitricity and Pod Point, with shares of 14.7% and 12.1% respectively. 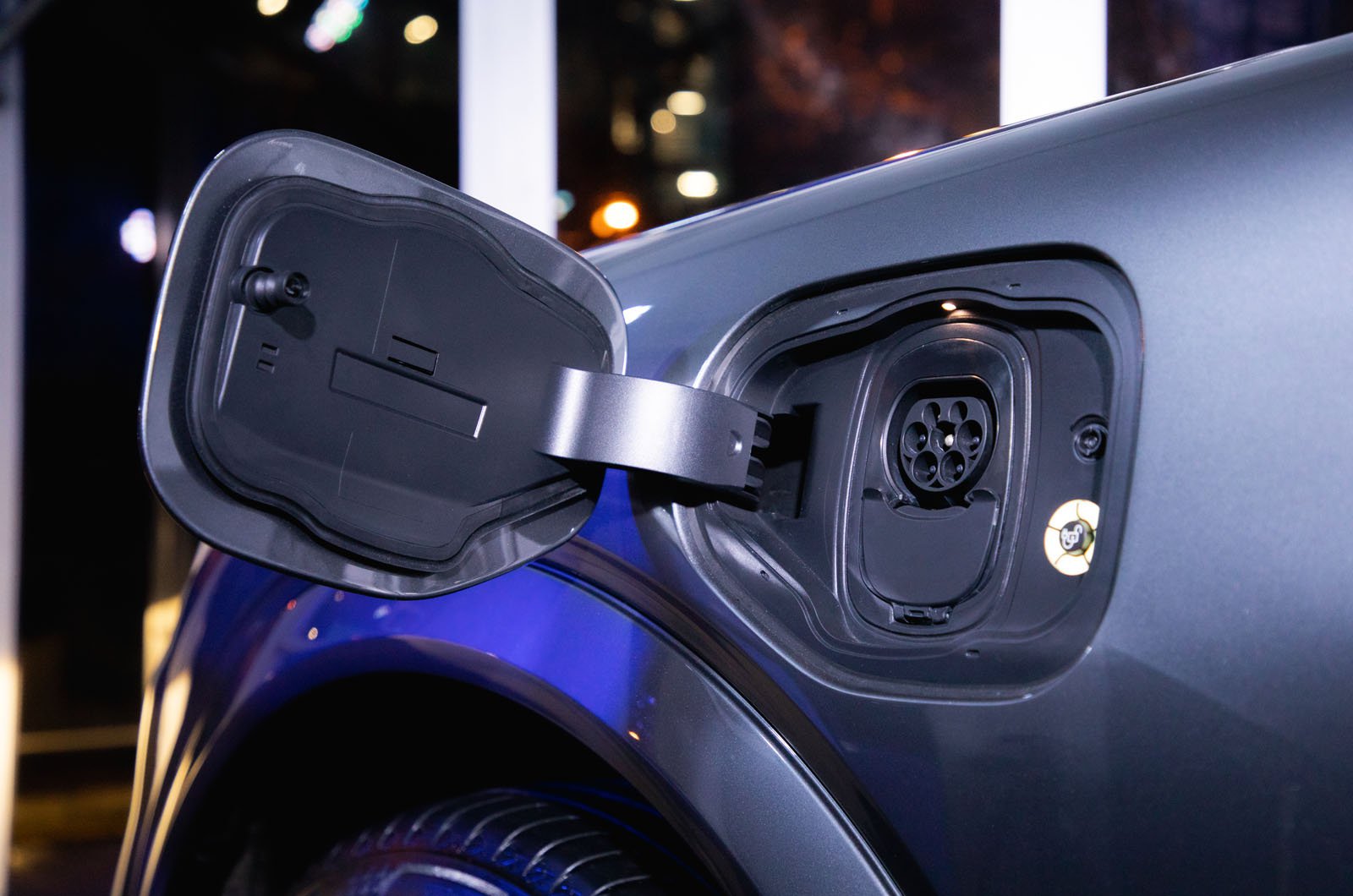 Other issues raised in the PAC report include the need to re-train dealership and independent garage technicians to work on and repair electric cars, especially as these vehicles age, and a safeguarding of the National Grid to cope with an increased demand for energy.

The Department for Business, Energy and Industrial Strategy estimates that the increased demand for electric cars will equate to a 2% increase in energy bills for households by 2030, although this is money that you would otherwise spend on filling up with petrol or diesel. 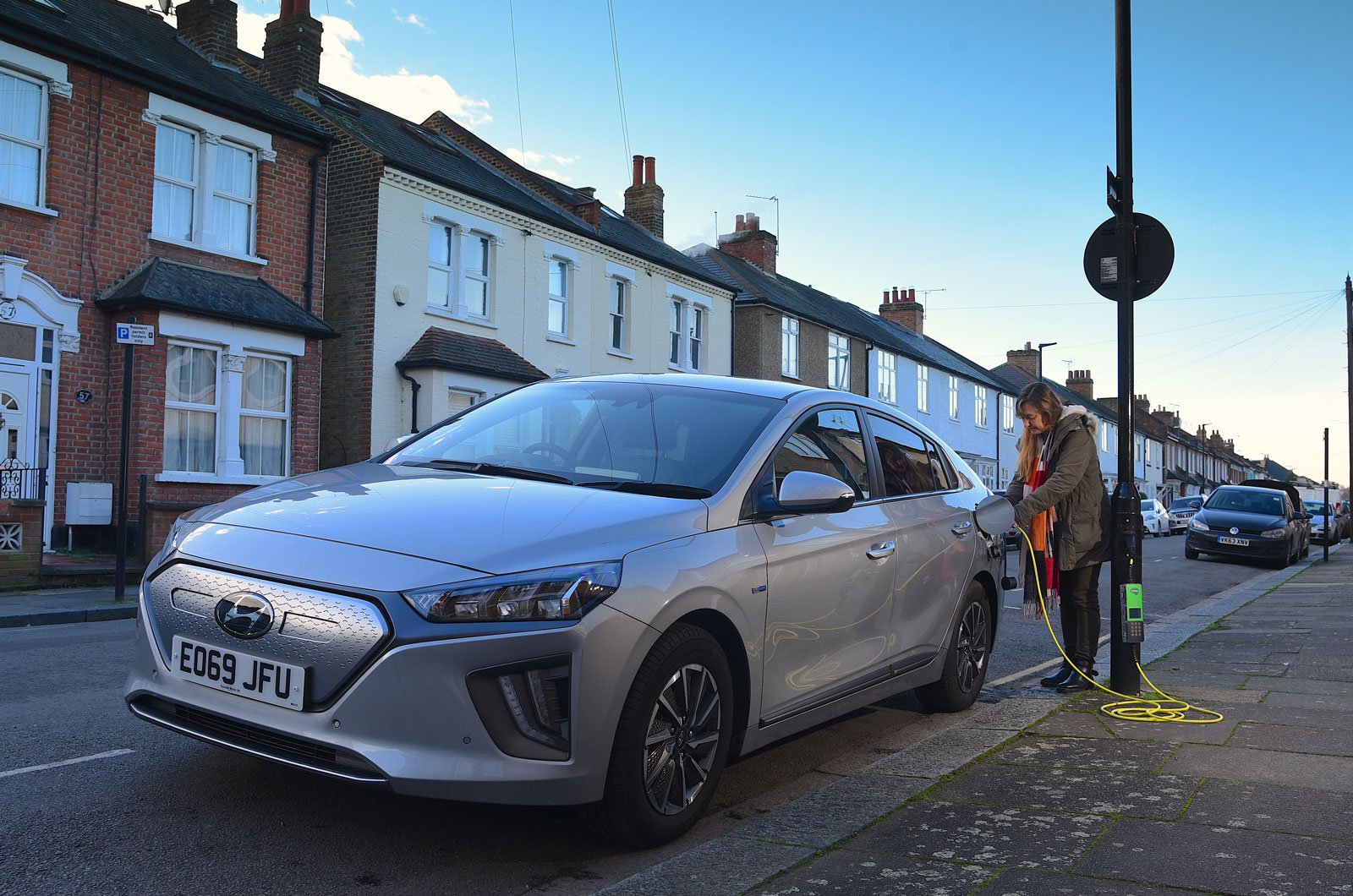 What has the reaction been?

The Society of Motor Manufacturers and Traders, which represents the views of the motor industry to Government, said: “The automotive industry shares the Government’s ambition for an electric revolution, a transformation that has already begun. However, as the Public Accounts Committee has made clear, we need a comprehensive and holistic plan to get us there in time.

“That plan must convince consumers to make the switch, it must provide the incentives that make electric cars affordable for all, and it must ensure recharging is as easy as refuelling – which means a massive and rapid rollout of infrastructure nationwide.”

When asked for comment, a Department for Transport spokesperson told What Car?: “We’ve got a highly ambitious and world-leading approach to increasing the uptake of zero emission cars, and the progress we’re making in this area will help us to meet our targets.

“Already, we’re investing £2.8 billion in helping industry and drivers make the switch – and will continue our work to install thousands of charge points and boost the development of new technologies to meet our goals.”

The reaction to the ban from buyers has been negative, with a What Car? survey conducted in November of last year – soon after the proposal was announced – revealing that 59% of buyers disagreed with the principle behind the ban, while 29% said they did not understand which cars would still be allowed to be on sale after 2030.

Next: The best electric cars revealed >>