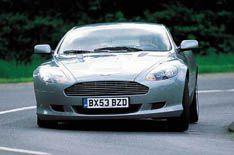 One of the benefits of paying for a car in monthly instalments is that it brings many of the top brands financially within reach of more people.

Just as in the car market, there is a lease deal available for every budget, and covering the full range of PCP, PCH, lease purchase, hire purchase and contract hire deals.

While many people won't have 106,000 up front to pay for an Aston Martin DB9 coupe, for instance, the 1500 a month for a lease deal is more achievable.

It's important to ensure that you are committed to the full term of the deal, however, as the higher costs inevitably mean that the charges for breaking a contract will be higher too.

GAP insurance offer in association with What Car?