* Seven car makers commit to show * Low-emission car launch is planned * Event will take place at Eden Project in May... 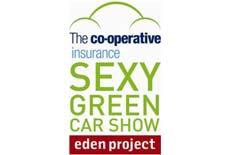 Citroen, Fiat, Ford, Honda, Peugeot, Saab, and Volkswagen will all display low-emission vehicles at the event, which will run from May 23-31.

Organisers have also promised that the show will feature more demonstrations, exhibits and talks than last year's inaugural event.

Eden's Gus Grand said: 'The greenest cars from the world's biggest manufacturers will be on show - and smaller British car makers at the show will also have some surprises up their sleeves.

'The whole of the Eden site will be used this year, with more animation, demonstrations, exhibits and talks taking place.

On the opening day, there will also be a conference called Future Perfect - Here Now!, which will show how science fiction is becoming science fact.

At least one major new eco-car launch is planned, too.

The Eden Project is better known as the home of the world's biggest plant biomes (a large man-made ecosystem), and is near St Austell in Cornwall.