More recalls from Toyota in US 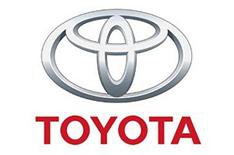 Toyota has had to recall 50,000 cars in the US the most recent in a long line of recalls that has damaged the car maker's reputation.

The latest car is the 2003 Sequoia 4x4 (not sold in the UK), whose stability control system can cut in suddenly and prevent acceleration.

Last week, it also recalled 600,000 Sienna MPV in the US (also not sold in the UK), because of fears that the cable retaining its spare wheel could corrode, causing the wheel to fall off.

Just before that recall, Toyota also recalled its Lexus GX460 model, because an influential American consumer magazine expressed concerns that the car could roll over.

Reputation damaged
Toyota became the world's largest car maker early in 2009, and had built an enviable reputation for reliability.

Now, industry and business analysts say the recalls have damaged that reputation. Toyota's problems have sparked congressional hearings in the US, as well as more than 130 lawsuits, which some lawyers think could cost the company nearly 2bn.

Not only that, but major insurers in the US are also planning to sue Toyota to try and get back the money they've had to pay out for claims in crashes involving sudden acceleration.