The XC40 is our favourite family SUV and a former What Car? car of the Year, but is Audi's all-new Q3 even better?...

Second-generation Q3 is all-new and even more versatile and efficient.

Could this new T4 petrol version become our favourite XC40?

It has been a rosy 12 months for the Volvo XC40. The D4 diesel version won our overall Car of the Year Award back in January 2018 and has since successfully defended its position as our favourite family SUV against a host of new and refreshed rivals.

Not that the XC40 can put its tyres up and relax, because here it faces potentially its toughest test yet. After what seemed like an eternity on sale, the Audi Q3 has been replaced with an all-new model that’s more practical, better equipped and loaded with the latest technology.

For this particular contest, we have sporty Q3 S line and XC40 R-Design trims, along with turbocharged petrol engines and automatic gearboxes. It should be quite the contest. 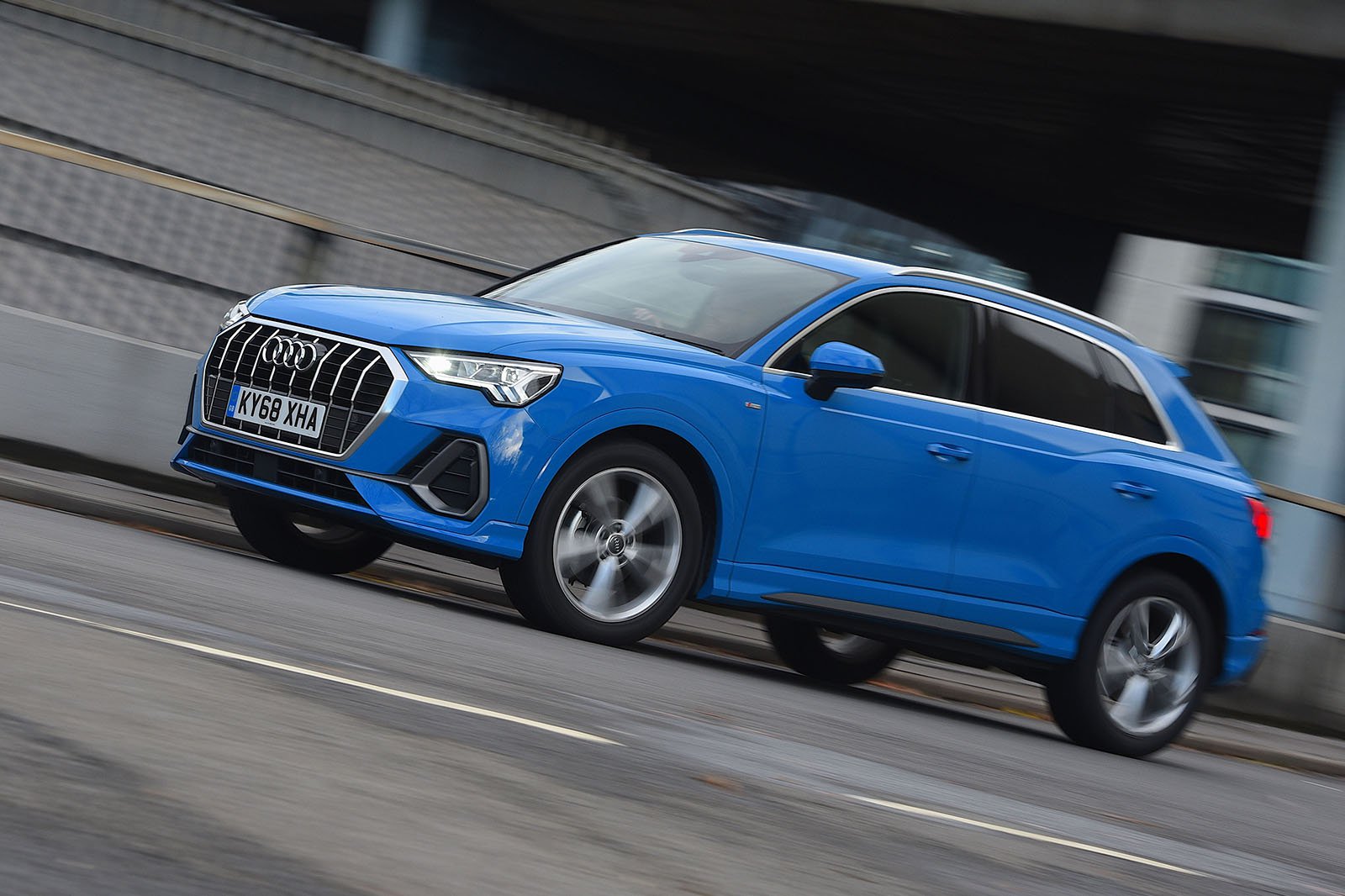 Although these SUVs are similarly priced, you get a lot more power per pound from the XC40. Its 2.0-litre engine produces a very healthy 187bhp, which it sends to all four wheels; the Q3 makes do with a 148bhp 1.5-litre engine and front-wheel drive.

The results are predictable, especially given the rainy conditions on our day at the test track. While the XC40 scooted off the line with minimal fuss, the Q3 scrabbled for traction, taking a second longer to reach 60mph from rest.

Once under way, however, the two cars are much closer; the XC40 is barely any faster from 30-70mph, and it’s this kind of performance that you need to safely whip past a tractor on a B-road or get up to speed when joining a motorway.

Unfortunately, what the numbers don’t tell you is that both gearboxes could do with being a bit faster on the uptake. The XC40’s always seems to need a moment to gather its thoughts, while the Q3’s is even more hesitant to kick down. 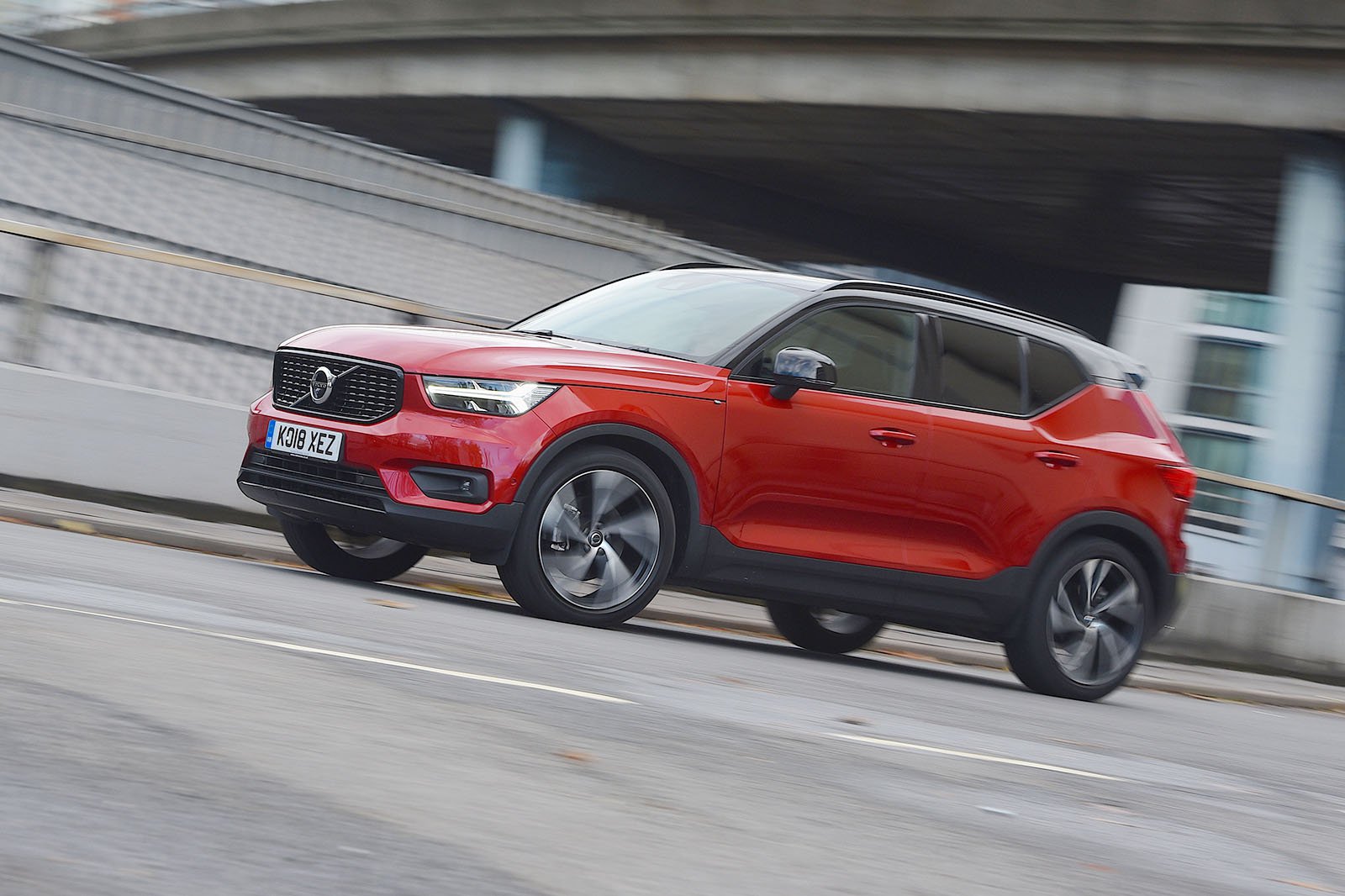 The Q3 also has the coarser engine when you’re accelerating, and it never completely fades into the background, whereas the XC40’s is virtually inaudible at a 70mph cruise. This is mostly due to the fact that its gearbox has an extra ratio that allows the engine to rev more gently.

Indeed, the XC40 is the more relaxing car to drive in general; even on optional 20in wheels (£1300) and the R-Design model’s standard sports suspension, it wafts along motorways and takes the sting out of most ruts and bumps, even though there’s some gentle rocking from side to side on uneven surfaces. The Q3’s S line suspension is firmer, so you always feel more of bumps as they pass beneath.

On the other hand, the Audi Q3 has tighter body control, so it suffers less from pitch than the Volvo XC40 under braking. It also turns in to corners more sharply and leans over less. The XC40 can still be hustled along, but it never feels particularly happy about it, nor does it grip as tenaciously.