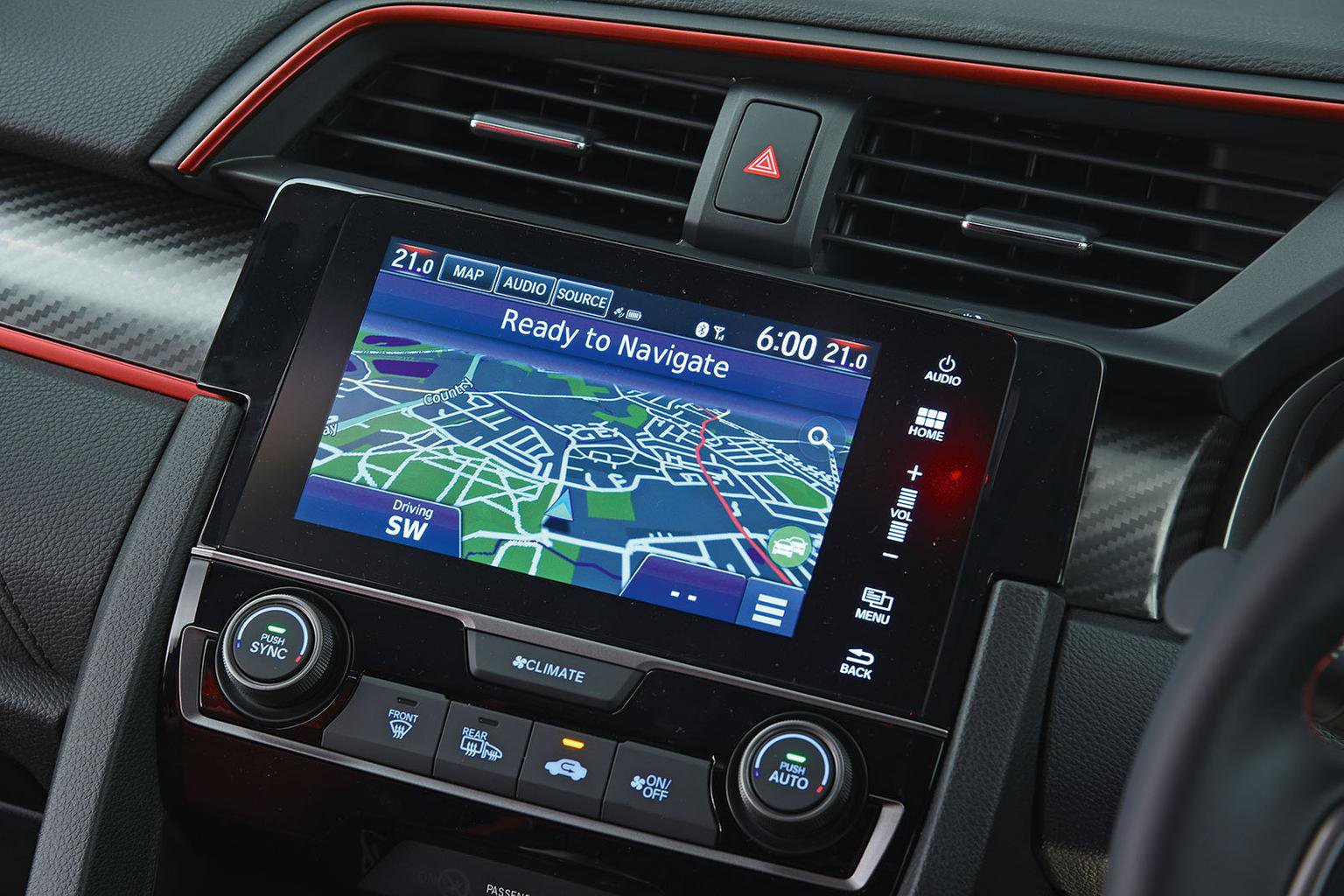 When it comes to infotainment, the M140i is, quite frankly, in a league of its own here. Even if you stick with the standard iDrive system (rather than the £775 Professional system pictured), it’s incredibly easy to use. There’s no stabbing away at a touchscreen while you’re trying to drive; instead, you just twist a dial between the front seats to scroll through the menus and press down to select. It’s wonderfully intuitive. It’s just a pity you have to pay extra for Apple CarPlay. 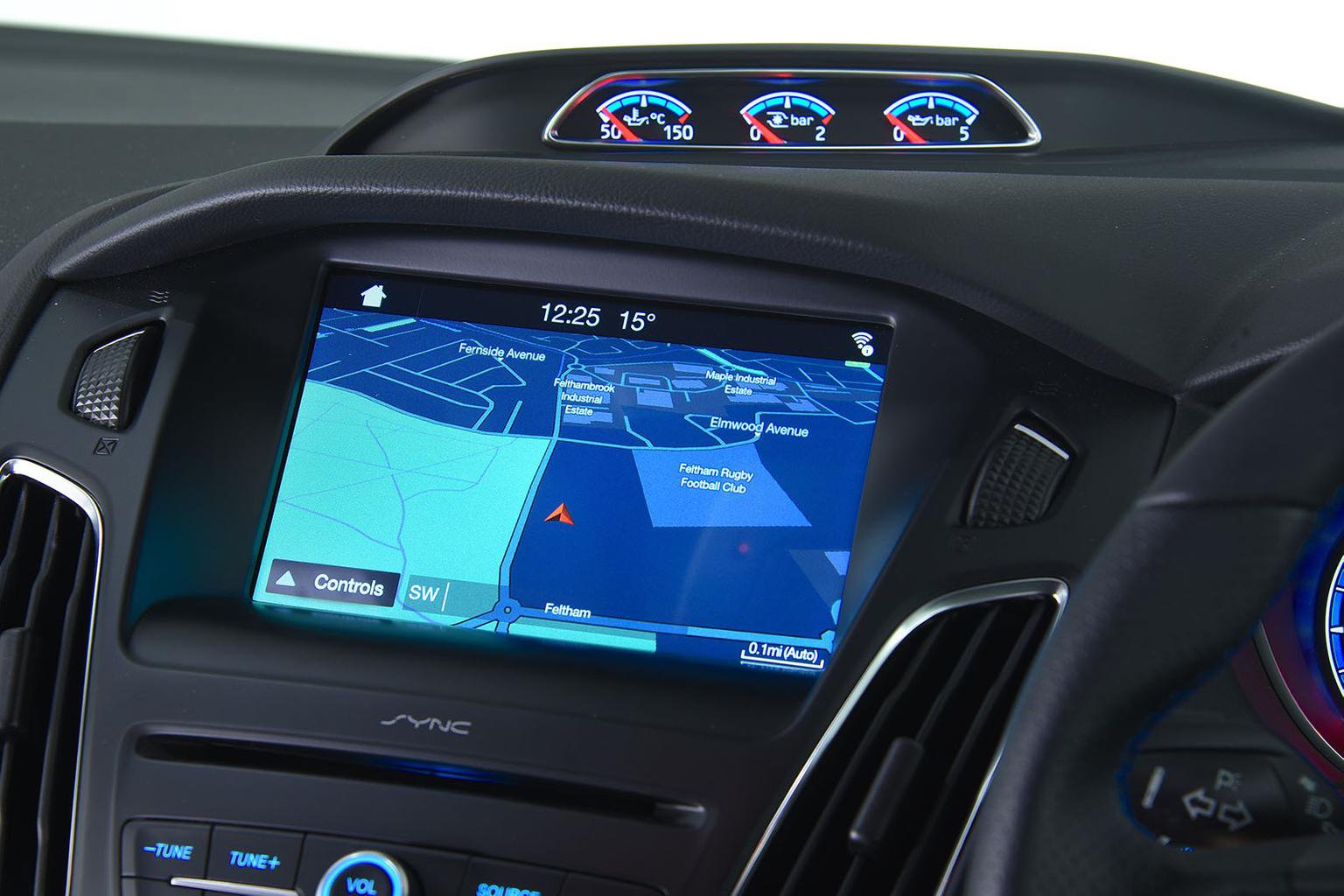 The Focus’s big 8.0in touchscreen is recessed well into the dashboard, shading it from the sun and making it easier to see in bright conditions. It isn’t especially user-friendly, though; the menus are confusing and there’s often a lengthy pause between you pressing the screen and anything happening. At least the smartphone mirroring functions Apple CarPlay and Android Auto are standard. 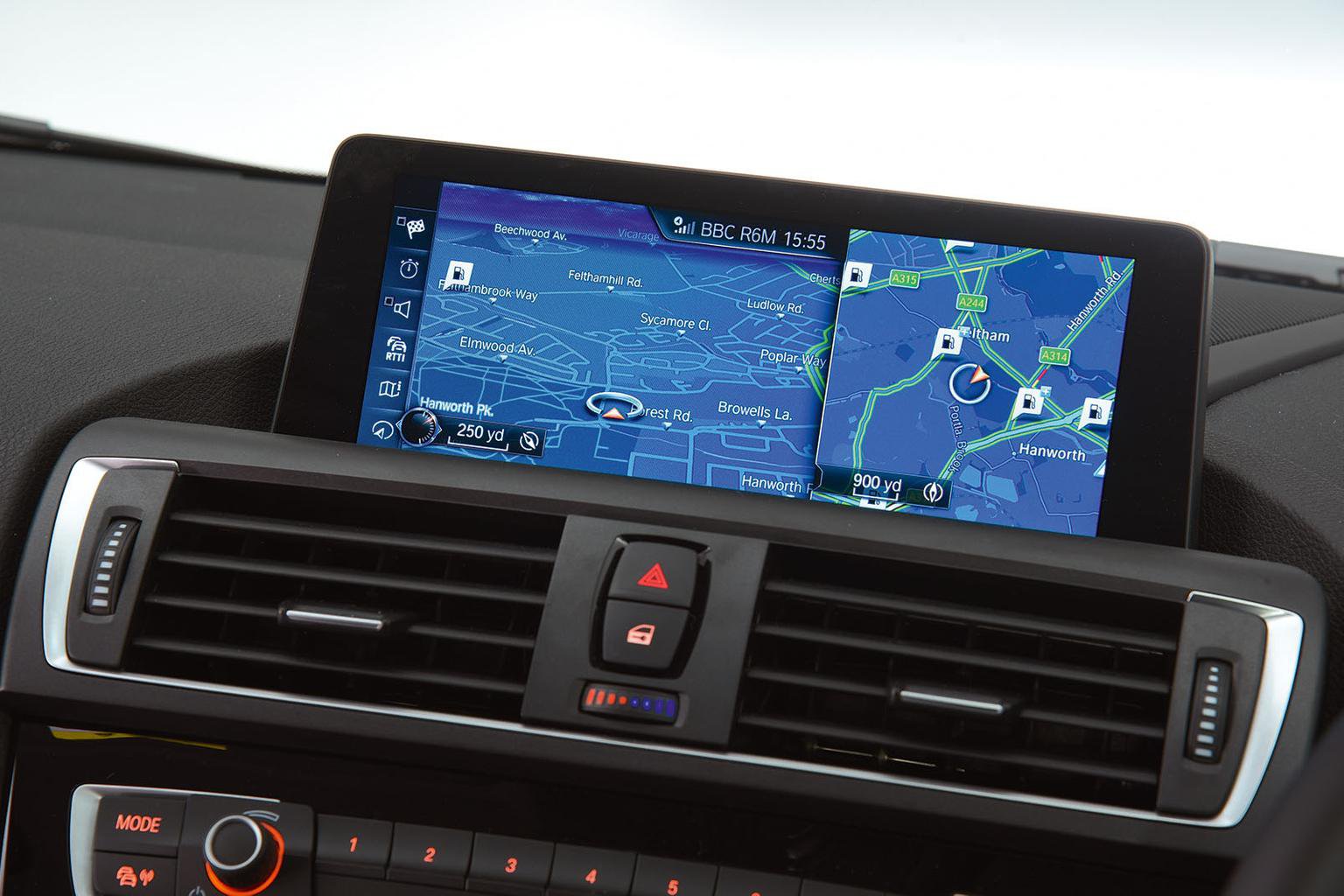 We won’t beat around the bush: the Civic has one of the worst infotainment systems of any modern hot hatch – all the more frustrating when you consider how good the rest of the car is. The screen is disappointingly low-res and the fact that it’s angled upwards means it badly reflects sunlight. The menus are hopelessly complicated, the screen is often slow to respond and even tweaking the volume is immensely frustrating. At least you get smartphone mirroring.