New Seat e-Mii revealed - everything you need to know

Seat's new electric city car can travel for 100 miles on electric power alone, but it isn't destined to go on sale... 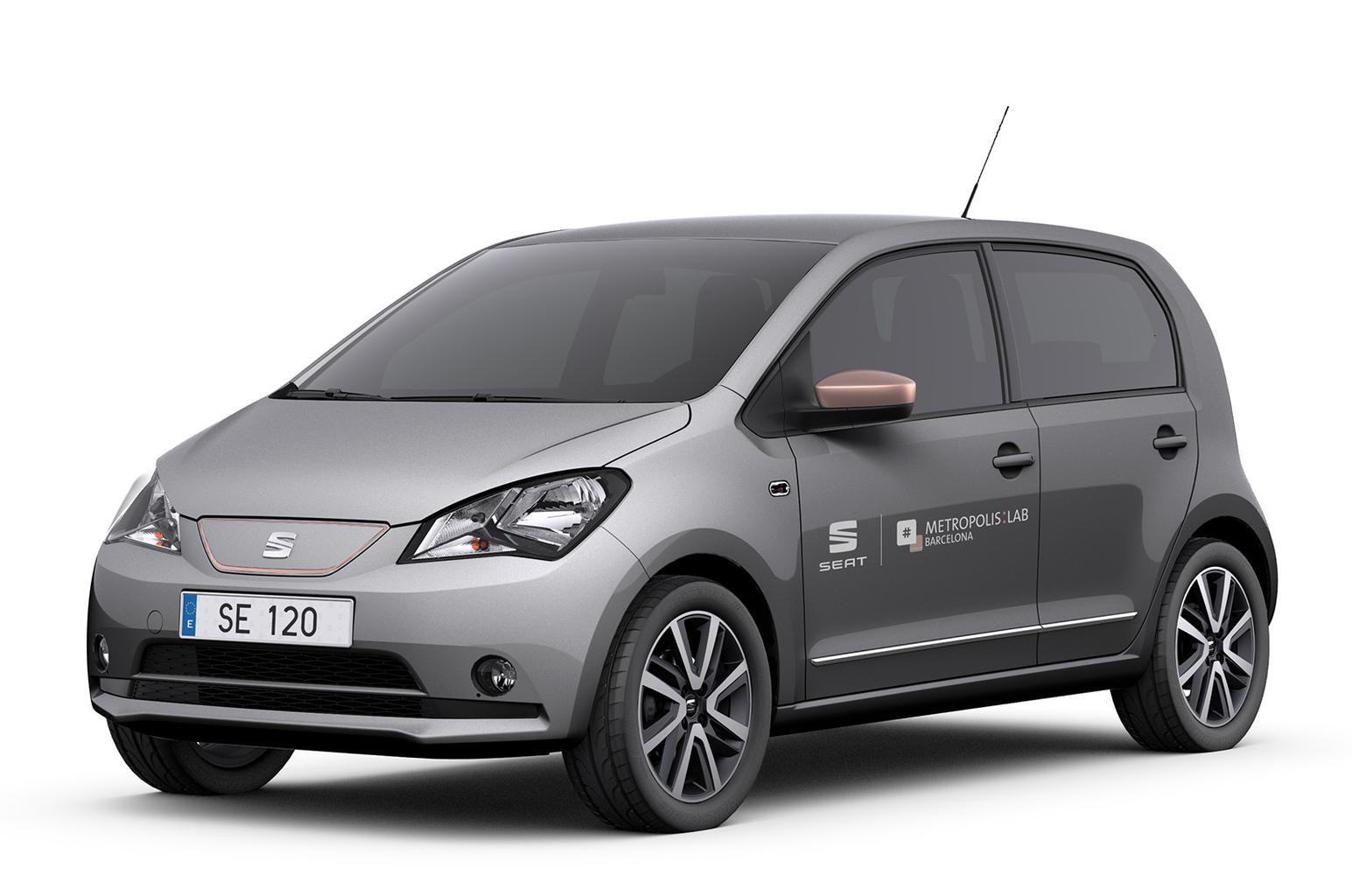 When Volkswagen released its e-Up city car in 2013, it seemed certain that similar versions of the Up’s sister cars, the Seat Mii and Skoda Citigo, would follow if the electric technology could be sold at a lower price. Four years later, that’s where this new Seat e-Mii comes in.

The e-Mii shares its underpinnings with the current e-Up, which means an 81bhp electric motor providing an estimated 100 miles of range – more likely to be 70 miles in real-world conditions, and less in cold weather – and a maximum speed of 80mph.

That top speed means the e-Mii can take on the motorway, but that’s likely to drain your battery fast. Of more interest to potential buyers is the e-Mii’s 0-62mph sprint time of 11.3 seconds, which is over a second faster than the e-Up.

Charging the e-Mii to 100% takes nine hours via a conventional plug and socket, but if you install a fast charging system that time will be significantly reduced. Topping up from a public fast charger can give you around 80 miles of range in 30 minutes.

So when’s it going on sale? That’s where we enter murky waters. Seat has said it will have an electric vehicle in its range by 2019, but officials have also said that the e-Mii is purely a test bed vehicle – a car designed to gather public reaction to an electric Seat rather than one due to go on sale.

If the e-Mii doesn't get the green light for production, then the next most likely candidate for Seat to electrify would be the Ateca.

The Ateca is already our favourite small SUV, and an electrified version (whether it be fully electric or a plug-in hybrid) would increase the car's desirability for city dwellers. As ever with electric cars, though, the price premium between an electric Ateca and the standard car is likely to be significant. VW's e-Up, for example, is a full £12,400 more expensive than the range-topping Up.

Thinking of buying an electric car? We invited a group of What Car? readers to try out some of the UK's best-selling electric models as part of our Reader Test Team. See the results in the video below.