The latest Porsche 911 Carrera S has a smaller engine that's bolstered by a turbo, while the Jaguar F-Type R Coupé boasts a supercharged V8. But which is best?...

Although these sports cars have very similar price tags, Jaguar dealers are willing to negotiate, which means the F-Type Coupé will cost you around £8250 less if you’re paying cash.

Our depreciation experts predict the Porsche 911 will hold on to its value for slightly longer, but not by enough to offset its higher servicing costs and the extra cash you’ll need to stump up to begin with. All things considered, the F-Type is likely to cost you marginally less to own over three years, but probably not by enough to influence your buying decision. 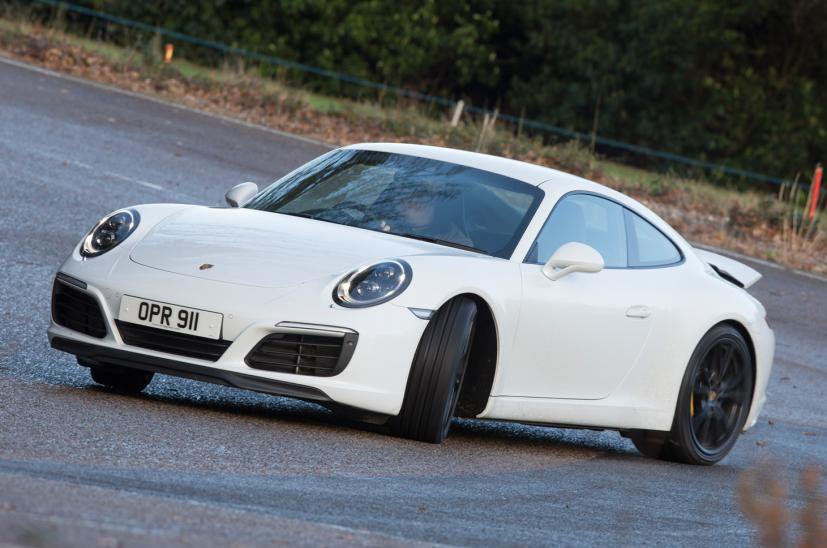 If you’re lucky enough to have these sports cars on your company car list the 911 is the much cheaper option. Its lower CO2 emissions qualify it for a cheaper band of benefit-in-kind tax, so as a 40% tax payer you’ll have to sacrifice around £4600 less of your salary over the next three years.
If you’re in the 45% bracket that difference rises to nearly £5200.

The F-Type is much more generously equipped, though. You get fully electric seats, cruise control, automatic xenon headlights and rain-sensing wipers, which add up to £3000 on the 911. Then again, Porsche throws in dual-zone climate control whereas Jaguar charges £350. Heated seats, front parking sensors and a reversing camera are optional on both.