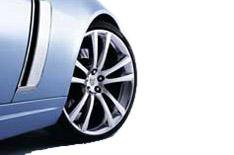 The European Commission wants to introduce labelling that will identify the most energy-efficient and best-performing tyres by the end of 2012.

The difference between the best and worst-performing tyres can be up to 10% of a car's fuel consumption, according to the EC. It also wants to highlight the amount of noise and grip that each type of tyre generates, allowing motorists to make more informed choices.

An EC statement said: 'The labelling scheme that the commission is proposing will allow end-users to compare tyres by means of a grading on fuel efficiency as well as on wet grip and by the indication of the external rolling noise emitted.'

EC projections suggest that if it can hit its target of getting the majority of cars on fuel-efficient tyres by 2020 then it will be saving the equivalent amount of oil used each year by Hungary.