* Driving to your foreign holiday * is it a practical, cost-effective option? * We look at the costs involved... 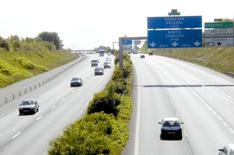 Flying to holiday destinations is becoming more expensive all the time, so why not consider taking your own car? In the first of our summer motoring 2012 features, we look at whether it really is a cost-effective and practical option.

The deciding factor for many will be cost, but theres more to consider than the price youll pay for booking your car onto a cross-Channel ferry compared with grabbing a Boeing from your local airport.

The decision will need to include a variety of extra costs weighed up against the price of an air ticket. Anyone whos driven in France, for example, will know the big difference between their motorways and ours is that the French roads include a network of tolls.

Time is also a big consideration; using the paid-for Autoroutes will take just under 12.5 hours to reach Nice, while avoiding tolls will take around 17 hours in perfect conditions.

Another consideration will be the cost of fuel. However, a decent pound-to-euro exchange rate means that fuel is noticeably cheaper in Europe. In France the price of fuel is around 11p-a-litre cheaper for unleaded and around 25p for diesel.

Although expensive, the advantage of flying is that it should mean you know what costs youll face before you set off. Whereas, alongside the predictable expenses, such as fuel, tolls and ferries, there are several unexpected costs that could hit drivers as they make their way across the Continent.

Breakdowns are a major expense-incurring event. Thankfully all of the major roadside assistance companies, such as the AA and RAC, offer packages that cover you on the Continent, but these come at a cost.

Many companies offer annual cover, but temporary deals for your holiday period may be the cheapest option for the infrequent international driver. The RAC charges around 50 for a weeks cover, and 75 for a fortnight compared with around 125 for an annual deal.

However, youll need to arrange cover before you leave, or you might find yourself in a difficult and costly situation.

More costs could be incurred in the event of an insurance claim. While it is a legal requirement for insurance companies to cover drivers while abroad, this need not be to anything more than the minimum legal level.

This EU minimum level might just be third party, so your insurance wont cover you if your car is stolen, or if any damage is your own fault. However, a spokesman for the Association of British Insurers said: Insurers will normally upgrade, although some will charge an extra premium to do so, especially if you are heading somewhere that has a high accident rate.

Other considerations include the extra cost required to transport a damaged car back to the UK, which means it might take less damage to have it declared a write-off. Avoid these costly eventualities by contacting your insurer before you head off to see what sort of cover is offered when youre abroad. Make sure you take a contact number for them, too.

Some insurers will also provide accident detail forms that have questions written in both English and the language of your destination. In any case, make sure you get contact details for the other driver and their insurance company at the very least.

With this, and a bit more preparation, driving abroad neednt be any more stressful than doing so at home, and it could even be cheaper than flying.

Check back tomorrow, when we'll compare the actual costs of driving, flying or taking the train to a holiday destination in France.