After 2040, you won't be able to buy a new car that can't travel at least 50 miles on electric power, according to radical new plan... 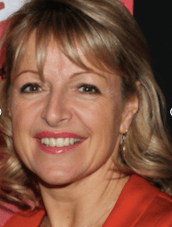 Every new car sold in the UK must be capable of travelling at least 50 miles on electric power alone by 2040.

That's what the UK Government is set to announce imminently as part of an ambitous plan called 'Road to Zero', which is aimed at boosting the uptake of hybrid and electric cars, as well as cutting emissions.

The plan follows last year's announcement that new non-electrified vehicles would be banned from sale in this country by 2040. It's worth remembering that a group of MPs has already said that deadline isn't strict enough, suggesting that 2030 is a more realistic target.

When the ban was announced, it was thought that hybrid and mild hybrid vehicles – those with small electric motors that either give the engine a boost of power when needed or can travel for very short distances on electric power alone – would be exempt from the ban, along with plug-in hybrids and full electric vehicles (EVs). However, this no longer looks to be the case.

It means that some of the UK's most popular hybrid cars – including the Toyota Prius – would not be allowed under the ban. The move will also require a significant boost in the current ranges offered by plug-in hybrid cars, since most today can only travel for around 30 miles on electric power.

In fact, our sister title Autocar estimates that around 99% of current cars on sale will be outlawed. It reports that car manufacturers are unhappy about the decision, specifically in relation to the Government not laying out extra incentives designed to both boost the advancement of EV technology and encourage more drivers to choose EVs.

Mike Hawes, chief executive of the Society of Motor Manufacturers and Traders, has said that the car industry "cannot dictate the pace of change, nor levels of consumer demand. Unrealistic targets and misleading messaging on bans will only undermine our efforts to realise this future."

Hawes said the Government's plan could end up "confusing consumers and wreaking havoc on the new car market".

Part of the problem is that electrified cars currently account for a very small percentage of new cars being sold. In the first four months of this year, just over 46,000 of such vehicles were sold, yet they accounted for just 5.2% of total car sales so far in 2018. To put that into context, Ford has sold more than 40,000 Fiesta hatchbacks in the same period.

In a statement sent to Autocar, a spokesman from the Department for Transport said: “We do not comment on leaked draft documents. The Road to Zero strategy is yet to be finalised and has not been agreed by ministers.

“It is categorically untrue that Government is planning to ban the sale of hybrid [and plug-in hybrid] cars in the UK by 2040.”

If you're starting to think about a new car, perhaps now is the time to go electric. Buying a hybrid could be the perfect stepping stone to a fully electric car, so below we've rounded up the very best hybrid cars on sale today.

Read more: which electric car can go farthest in the real world?