* Ex-fleet values down * Uncertainty over the economy * Dealers remain optimistic... 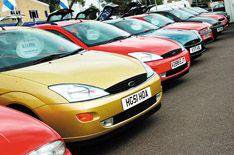 Now could be the time to think about buying a used car, as prices fell in the last three months of 2007, according to British Car Auctions.

The average price that ex-fleet cars achieved at auction in December dropped by almost 500 compared with Septembers average, while part-exchanged vehicles fell by roughly 800 over the same period.

Although the end of a year is traditionally a quiet time for car sales, the current uncertainty about the UKs economy means 2008 may prove to be a hard year for sellers, resulting in low prices for buyers.

Despite the downturn, used car dealers remain optimistic for the coming year. A survey by CAP, an automotive research organisation, found that only 18% of dealers expect to sell significantly fewer used cars in 08 than last year.