Van of the Year 2021: Compact Van - Best for Practicality

The Ford Transit Courier may belong in the compact van category because of its small dimensions, but it's load carrying capacity rivals that of some vans from the class above...

As well as those in its own very small van class, the Ford Transit Courier manages to rival some larger vans for carrying capacity, in terms of both the volume of goods it can carry and the length of loads that can be slotted in. It has more than double the loadspace capacity of a Fiesta Van, and can take longer items than the Fiat Fiorino, which is its closest rival for space.

Crucially, Ford provides the option of a folding mesh bulkhead as part of the “fold and dive” seating pack, which allows the passenger seat to be folded completely flat, with the bulkhead becoming a protective barrier to the driver. Several other manufacturers offer ways of increasing load length, but the Courier is alone in doing so in this class. 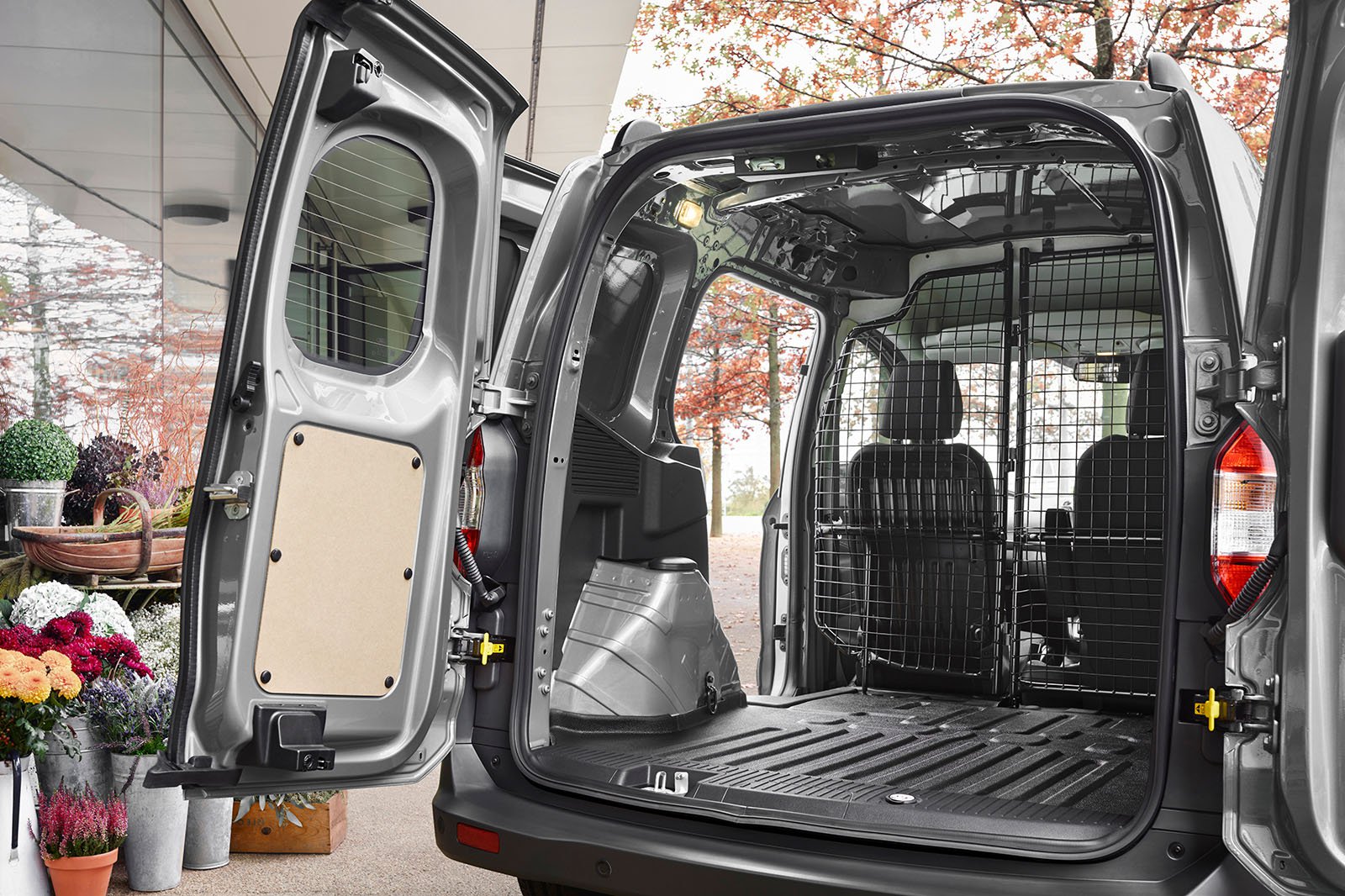 There’s also the option of twin side doors and a full rubber load lining to add to its practicality, while additional details – some of which you have to use to truly appreciate – include the quality of the loadspace lighting and the positioning of the lashing points.

Nor are the practicalities of the Transit Courier just limited to the rear; it has a comfortable and well laid out cab that combines the best of car technology with van practicalities. As a result, there’s a strong array of storage areas as well as a liberating feeling of space.