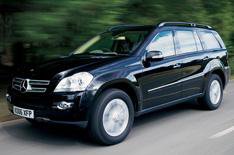 Vehicle Excise Duty changes due to come into effect next April will double the Government's car tax revenue income to 4 billion - but vehicle emissions will be reduced by less than 1%, according to HM Treasury' own calculations.

In the March Budget, Chancellor of the Exchequer Alistair Darling announced that the present seven-band emissions-based VED system would be expanded to 13 bands.

In announcing the changes, Mr Darling said they were designed to encourage motorists to switch to greener cars and to reduce the environmental impact of driving.

However, Treasury projections disclose that the amount raised from VED will more than double from 1.9 billion in 2007 to 4.4bn by 2010, with emissions from motoring expected to drop by less than 1%.

The Treasury's estimations show that the amount of revenue raised from VED will increase to 2.9bn this year, 3.7bn next year and 3.9bn in 2010. An additional 520 million will be raised from the introduction of the first-year tax.

Shadow Treasury Minister Justine Greening, who obtained the figures, said: 'This is a massive tax hike which will have virtually no impact on the environment. It is just another stealth tax of the worst kind.'

As a result, the Conservatives have predicted that the Prime Minister will face a revolt similar to the ongoing 10p tax protest when ordinary motorists encounter the duty increases next year and complain to their MPs.

A Treasury spokesman said: 'The Government is committed to protecting the environment and tackling climate change.

'Part of this commitment involves promoting sustainable environmental improvements through tax and other economic instruments, and providing incentives for the development and uptake of lower emission vehicles.'