Does the new VW Touran MPV have everything it needs to beat the best rivals from Citroën and Ford?... 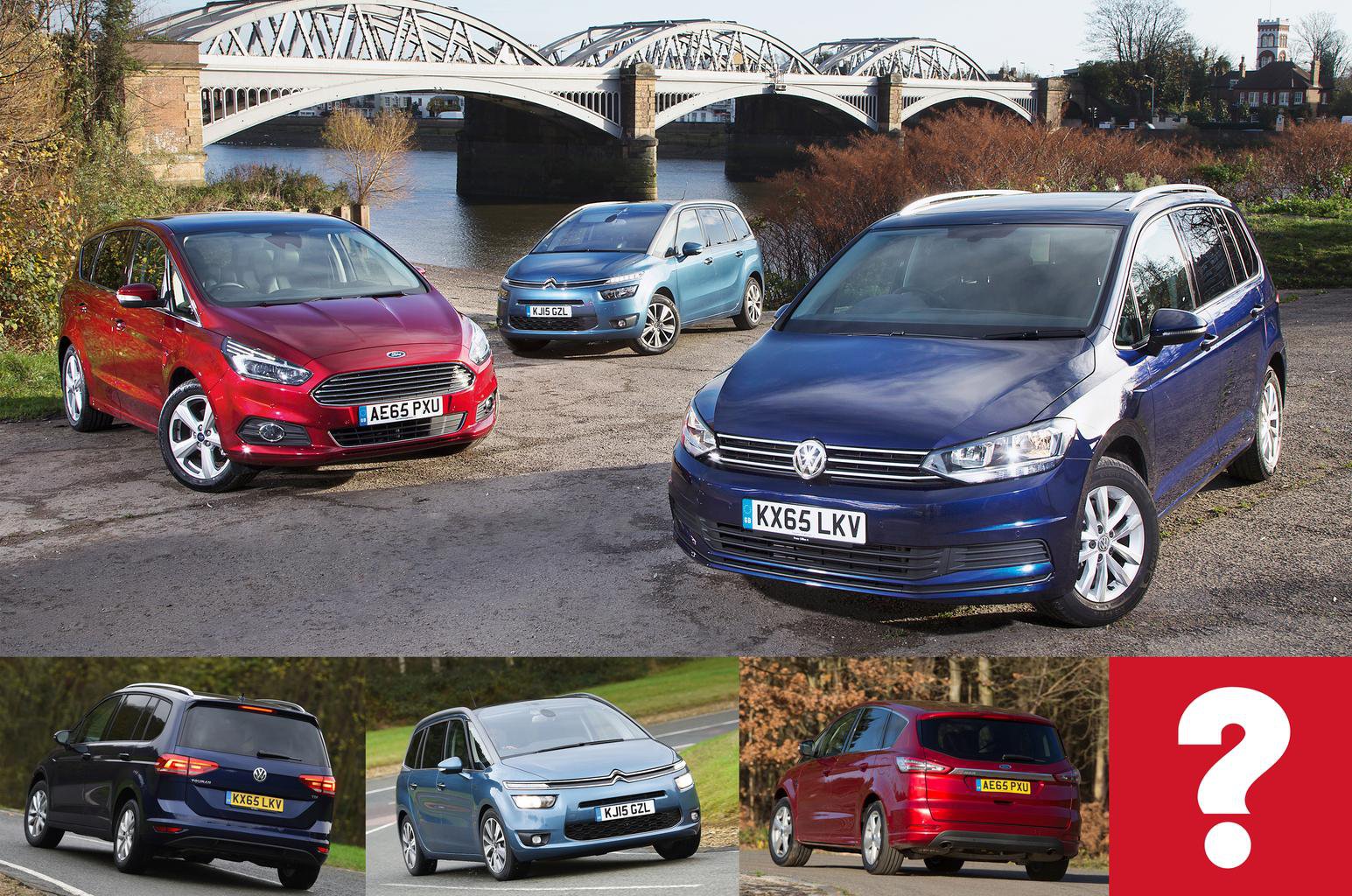 One of our favourite seven-seaters, it offers outstanding value and, now, a more efficient engine.

Introduced last year, the second-generation S-Max is larger than its rivals and more powerful.

The newest of the three, but does its classy interior and great practicality give it the edge over its rivals?

Anyone after a seven-seater is spoilt for choice these days, with plenty of SUVs to consider. However, these three mid-sized, function-first MPVs remain the default options for many large families.

The new VW Touran is based on an all-new platform and is more practical than ever, despite its same-again looks. It’s also relatively cheap to run, as long as you stick with the 1.6-litre diesel engine.

Here it’s up against the keenly priced Citroën Grand C4 Picasso. Our MPV of the Year in 2014 and 2015, the Picasso offers a practical, classy-feeling interior and a generous equipment list. Choose the 118bhp 1.6-litre diesel engine and it’s also very efficient.

The Ford S-Max is a sportier take on the traditional people carrier. It has better performance than its rivals can muster along with tidy handling, yet it's also a practical choice.

Accessing the rearmost seats of these cars is best left to more nimble passengers, but all have outer seats in the middle row that lift up and slide forwards to leave a fairly broad gap to clamber though. The Touran offers the most elbow room in the third row, and its seats are a little wider than those in the others. The Picasso is most cramped, particularly for head room.

All three cars have three equally sized, individually adjustable sliding seats in the middle row – each complete with an Isofix mount – so you’ll be able to fit three child or booster seats. It’s always worth trying this on a demonstrator car before buying, though, because three bulky child seats side-by-side may not fit safely. 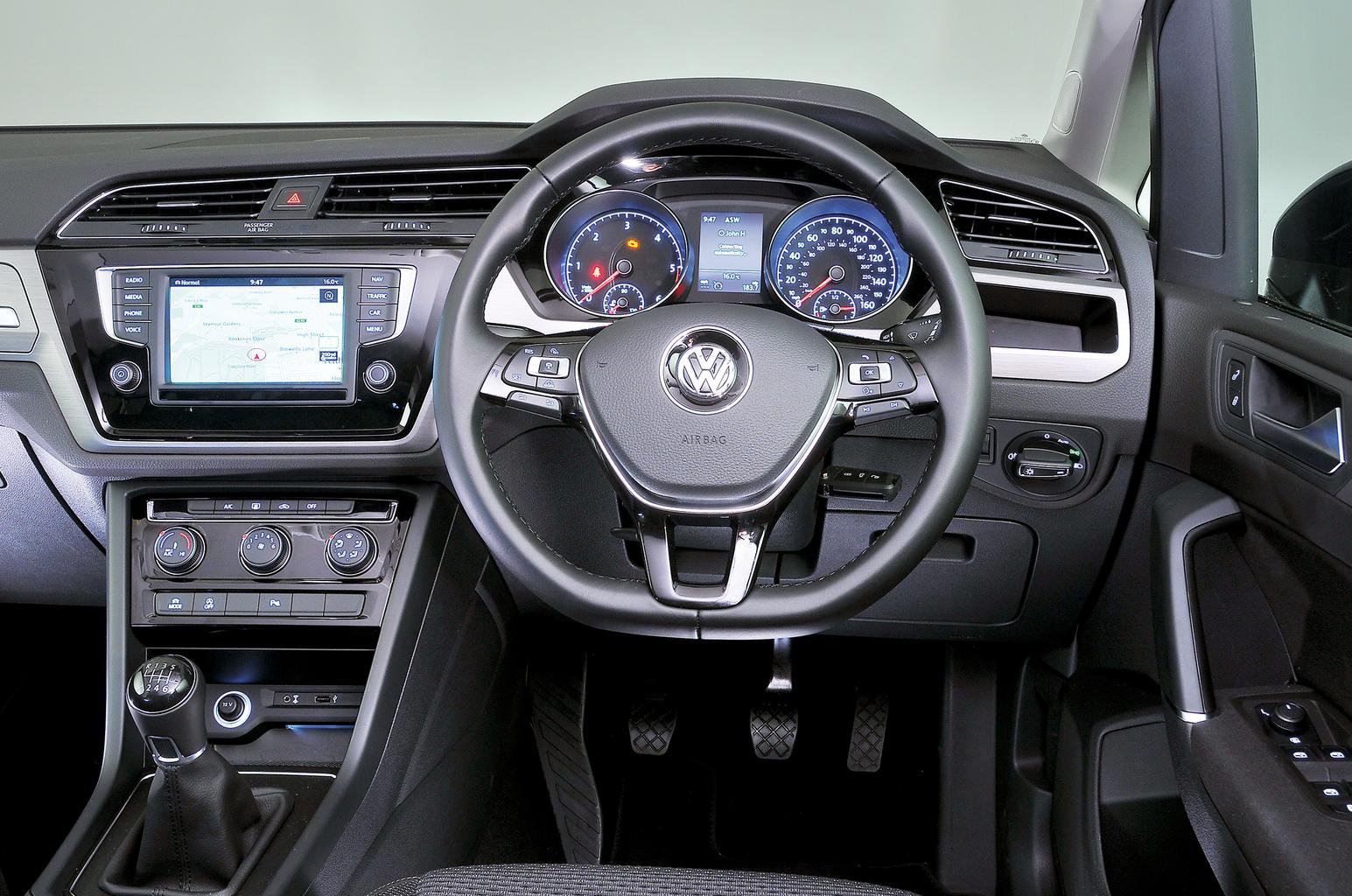 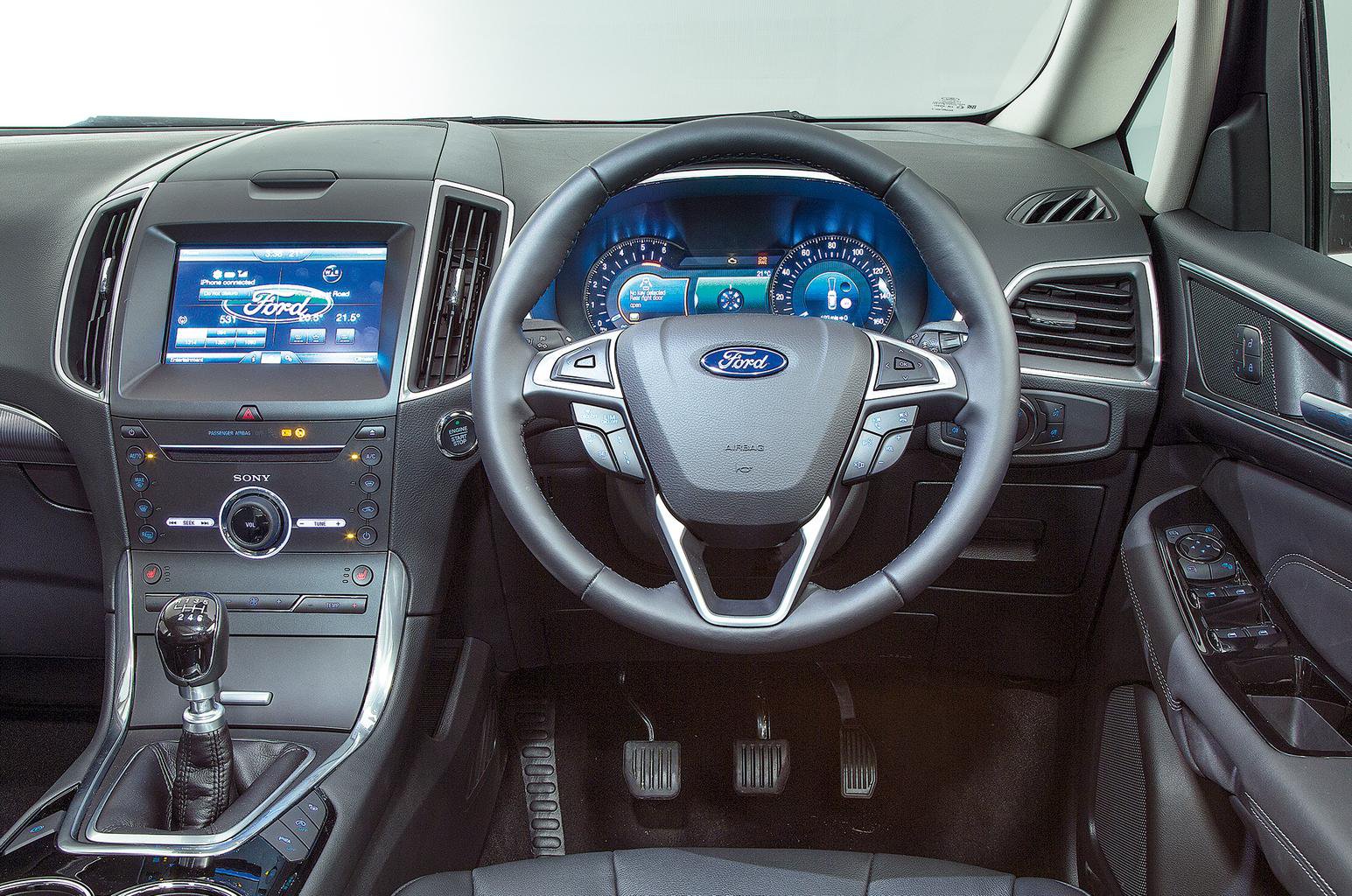 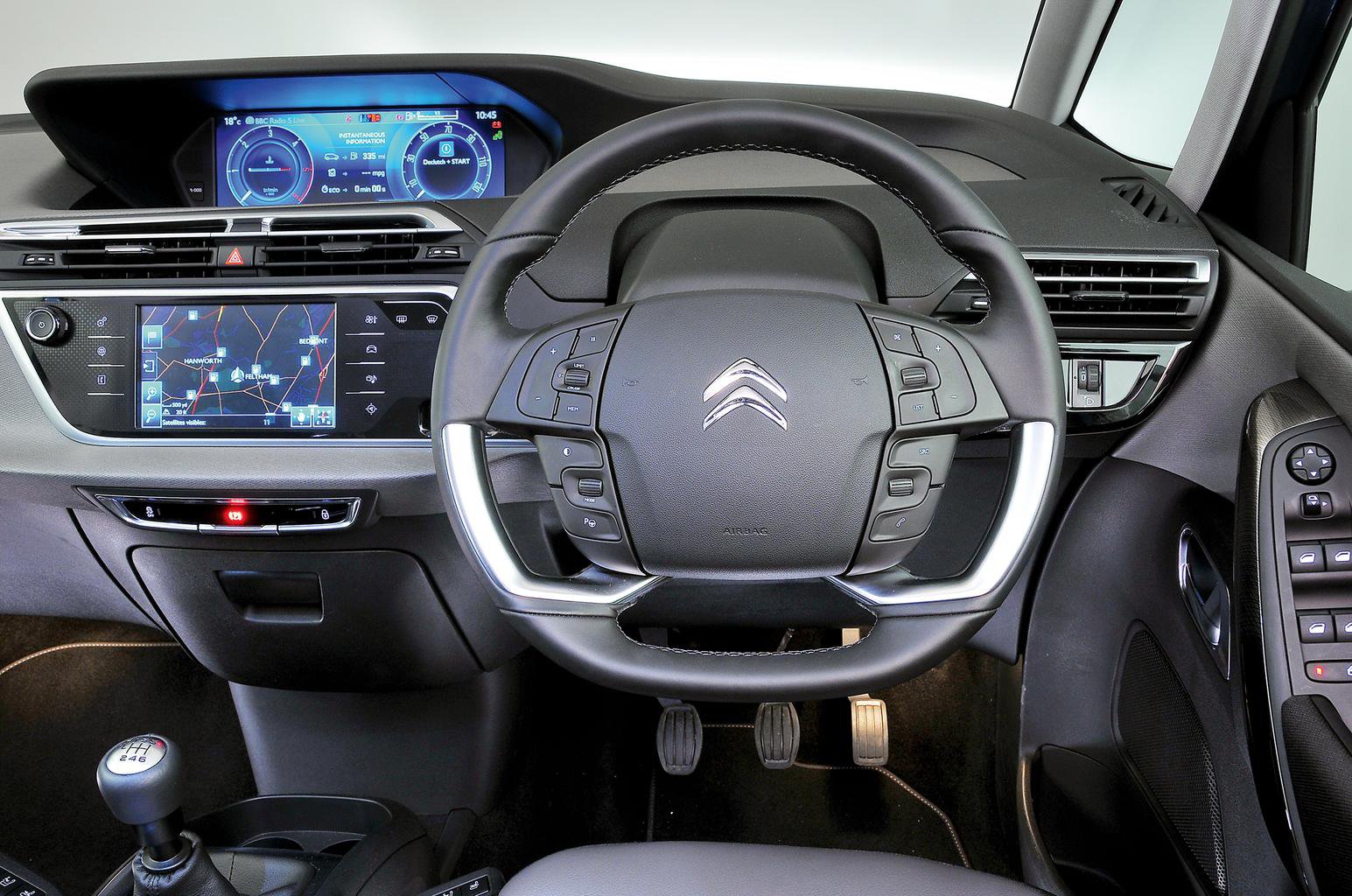 Head room is tightest in the S-Max for middle-row occupants (all of our test cars were equipped with optional panoramic glass roofs), so while it has the widest interior, the Picasso and Touran are both better choices if you expect to carry more than one adult.

All of these cars have seats that are fairly easy to fold and slide as you wish and, while the standard electrically folding (not raising) middle-row is a neat feature in the S-Max, the Touran’s seats are the lightest and simplest to erect and stow.

There’s plenty of space up front in all of these MPVs, even for lanky drivers, and as long as you’re happy to sit quite high up, the range of adjustment is good. However, the Picasso lacks standard lumbar adjustment, and has the most awkward dashboard layout, with air-con controls that can be accessed only through the slow-responding touchscreen.

The S-Max’s dash is a bit button-heavy, but it’s generally logical, while the Touran’s straightforward touchscreen, shortcut buttons and rotary air-con controls make it the most intuitive. 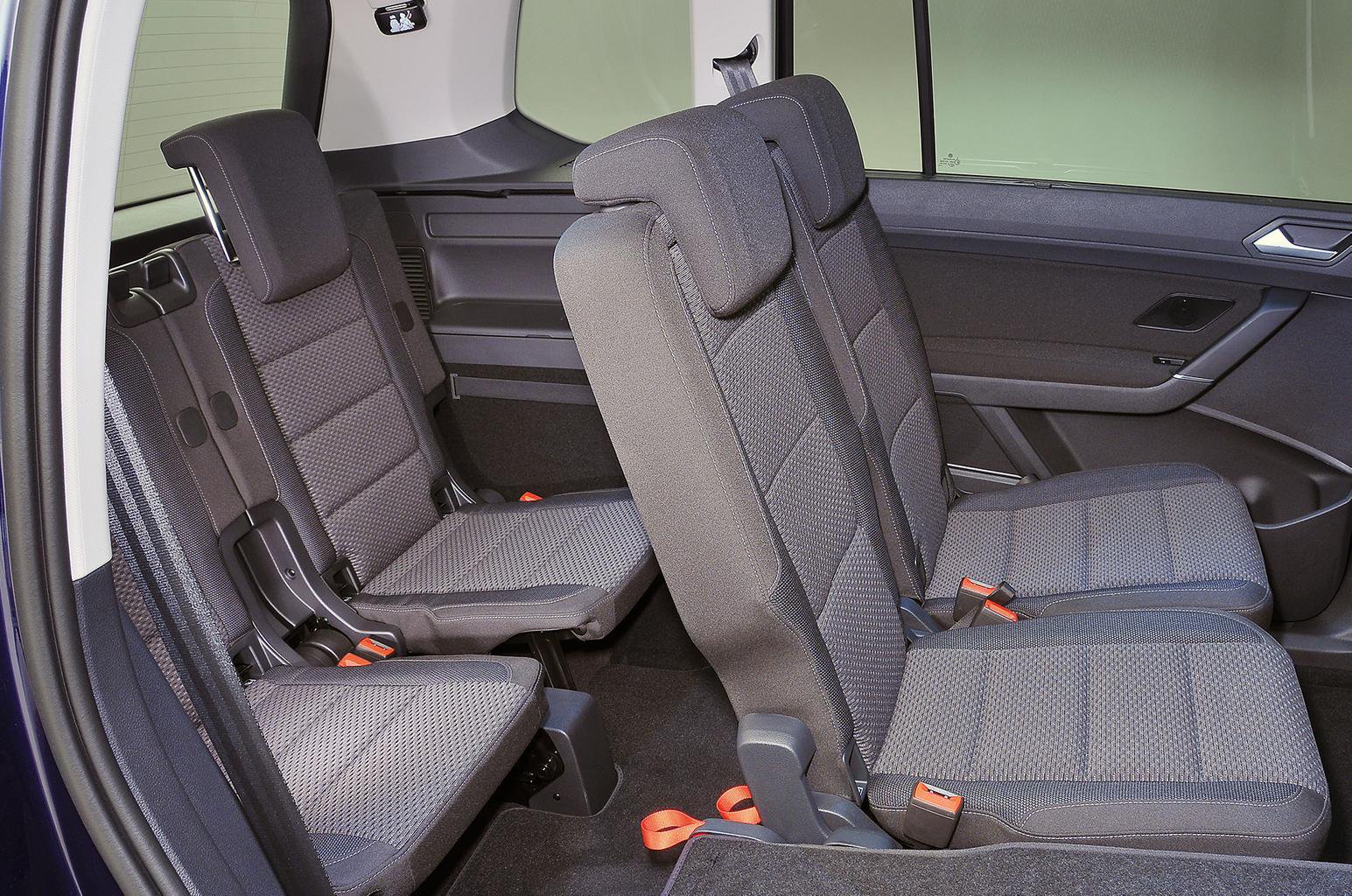 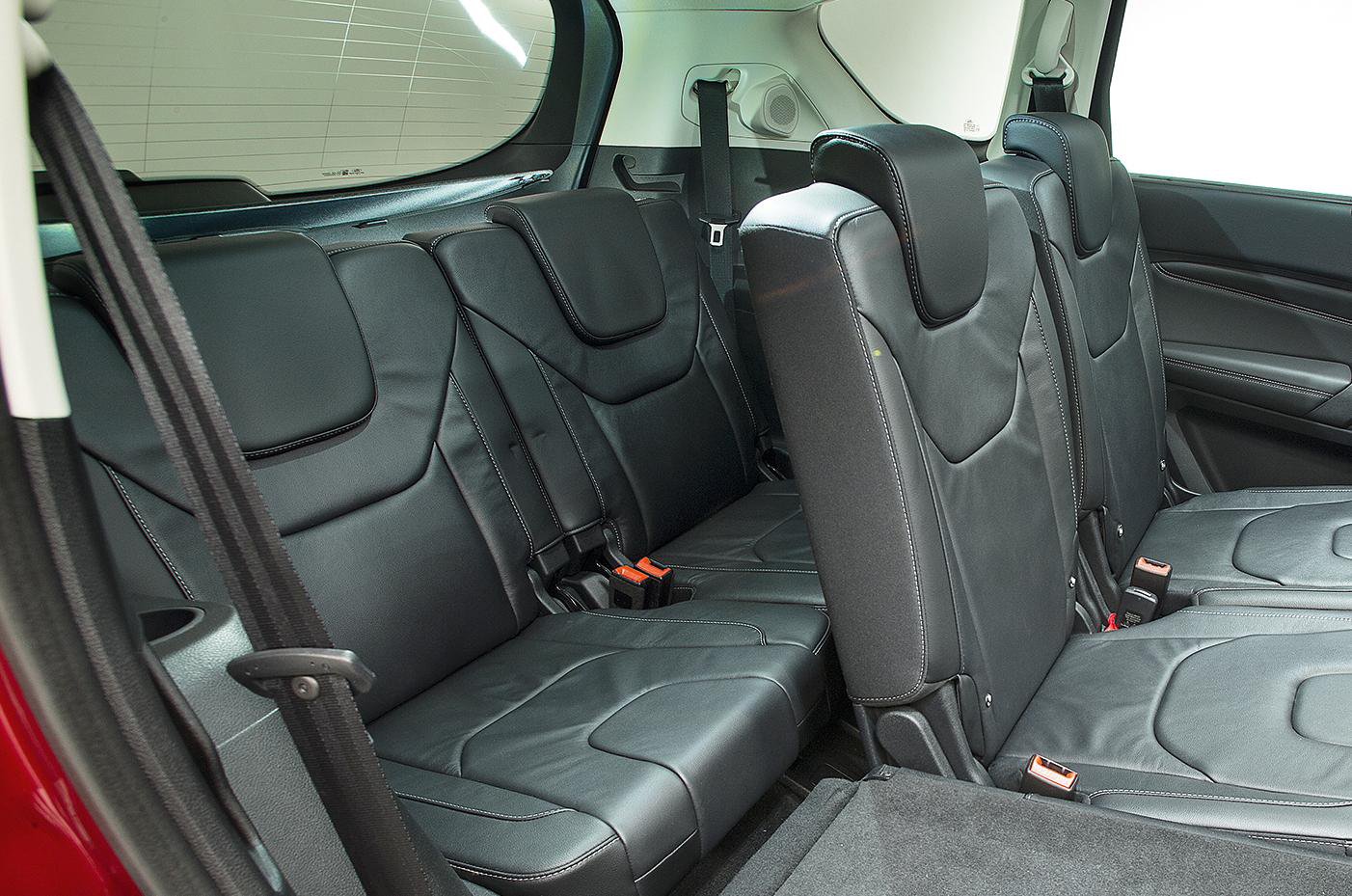 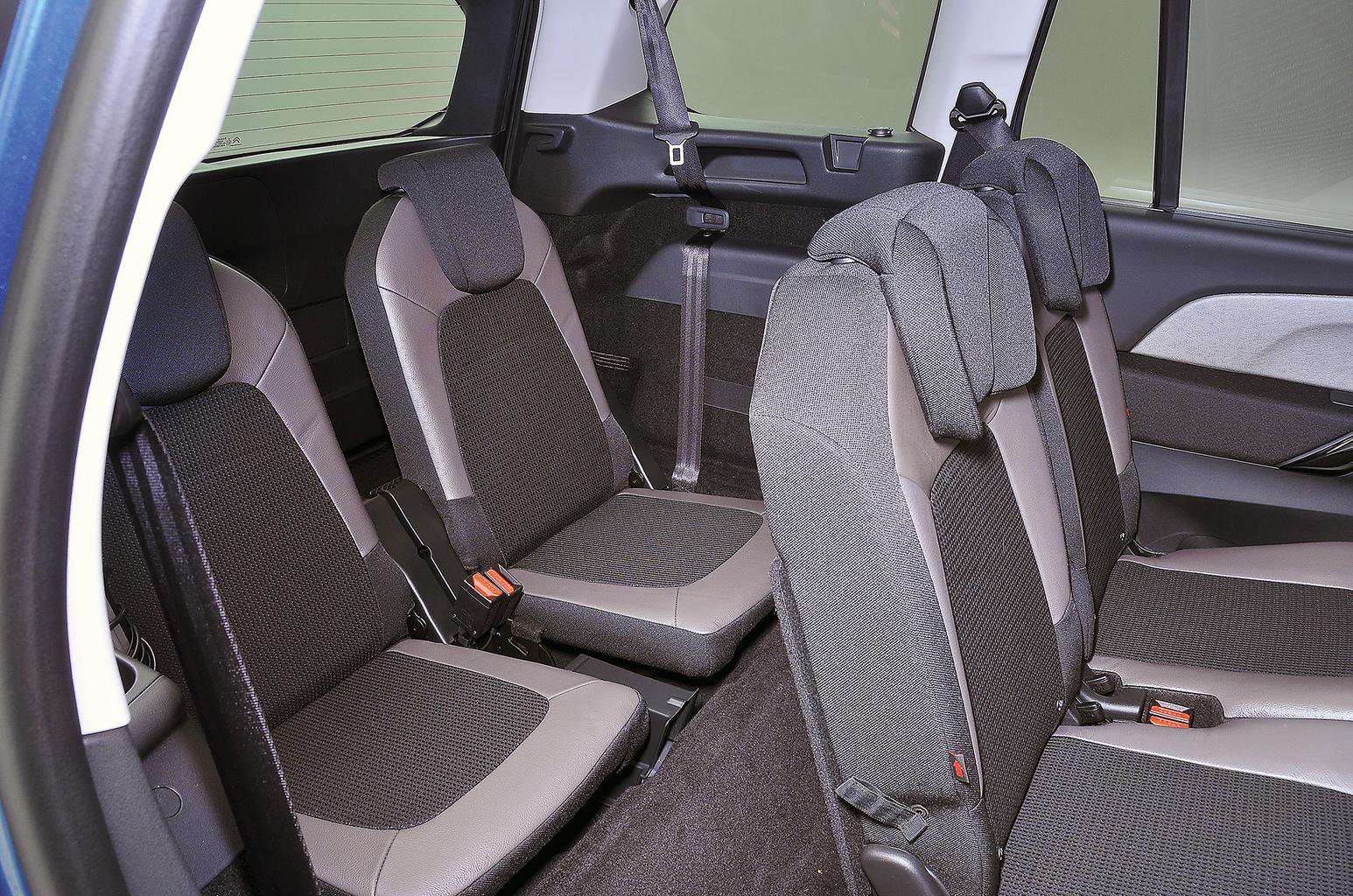 All three cars have a good-sized boot with fa lat floor, and will even swallow a few shopping bags with seven seats in use. The Touran’s boot is the widest and deepest, though, plus it has a place to stow the load bay cover beneath the floor, and the lowest load lip to make it easy to lift heavy items in and out.

Visibility is great in all of these, but the Picasso is best, with slim, split windscreen pillars aiding your view out of junctions, while the S-Max has the biggest blind spot over the driver’s left shoulder. The Touran is the narrowest and shortest car here, which only makes the fact that it is also the most practical of our trio all the more impressive.