More for you |
The most reliable family cars on sale - and the leastBest plug-in hybrid: BMW 330e vs BMW 530eThe best SUV dealsCar sales down 89% year on year in MayBest used city cars for less than £2000 (and the ones to avoid)
Home
News
VW Polo ACT review
news

* VW Polo with Active Cylinder Technology * Shuts down cylinders to save fuel * On sale late 2012... 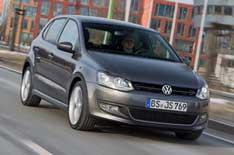 We drove a prototype model, but a production version is due on sale later this year.

Whats it like to drive? The VW Polo ACT is impressively rounded. Thats because apart from having a 138bhp version of VWs 1.4 TSI petrol engine its a standard Polo for much of the time. It drives, stops and steers every bit as well as the standard car which is very well.

What's really clever about the Polo ACT, though, is that it's totally unnoticeable when two of its cylinders are shut down. The change from four- to two-cylinder operation during periods of cruising, for example and back again is completely imperceptible. If it wasnt for the dashboard displaying a two-cylinder mode message, you wouldnt know anything out of the ordinary was occurring.

Whats it like inside? Theres nothing to distinguish the Polo ACT from any other model in the range, which means theres the same excellent driving position, straightforward dashboard layout and high-quality materials youll find in any Polo.

Should I buy one? The Polo ACT is due to go on sale late in 2012. VW sources suggest that itll be a stand-alone model in the range. The 138bhp power output places it between the 1.2 TSI and GTI models, so a price of around 17,000 seems likely.