Owner asks if the dealer should fix it for free

Last July I realised that the air conditioning in my 2015 Volkswagen Touareg wasn’t cooling the inside of the car, so I took the car to my local dealer in St Andrews to investigate.

Under warranty, the dealer ran a diagnosis and reported that the air-con unit was empty of gas. They filled it up and everything seemed fine. But during the recent spell of hot weather, I switched on the air-con and no cold air came out of it, so I took the car back to the same dealership to have it checked again.

The dealer reported that they’d heard a hiss while refilling the air-con unit, suggesting a leak. They said that because two of the three hoses sat under the engine, it could be a complicated repair, and because the car’s warranty had expired in April, the work would cost around £900.

I pointed out that I’d brought the car in with the same fault while it was still under warranty and they had failed to diagnose it properly and fix it, so in my view I shouldn’t have to pay. The dealership took this up with Volkswagen UK, which said I’d have to pay, because the car was out of warranty.

The dealer is now talking about a goodwill gesture, but I’d like to know if I should stick to my guns and insist that I shouldn’t have to pay anything at all.

That depends. It doesn’t sound like the cause of the gas leak was properly investigated last year; did the garage give any explanation as to why the air-con unit was empty? If the fault was already there and it wasn’t picked up at the time, it seems reasonable for it to be fixed for free now.

However, hoses are wear-and-tear items and won’t necessarily be covered by the warranty. It’s also possible that they weren’t the cause of the leak last year; they could have failed more recently.

In this case, because there was a problem while the car was still under warranty and it’s only a few months since the cover expired, we would expect Volkswagen to provide a sizeable goodwill payment. So, for now we’d recommend that you stick to your guns and ask Volkswagen to cover the entire repair bill.

If you don’t get a satisfactory outcome to the situation, we’d suggest that you make a formal complaint to the Motor Ombudsman (themotorombudsman.org), because the Volkswagen dealership will be signed up to its service and repair and warranty products codes of conduct, which set out minimum standards for dealing with complaints like yours. 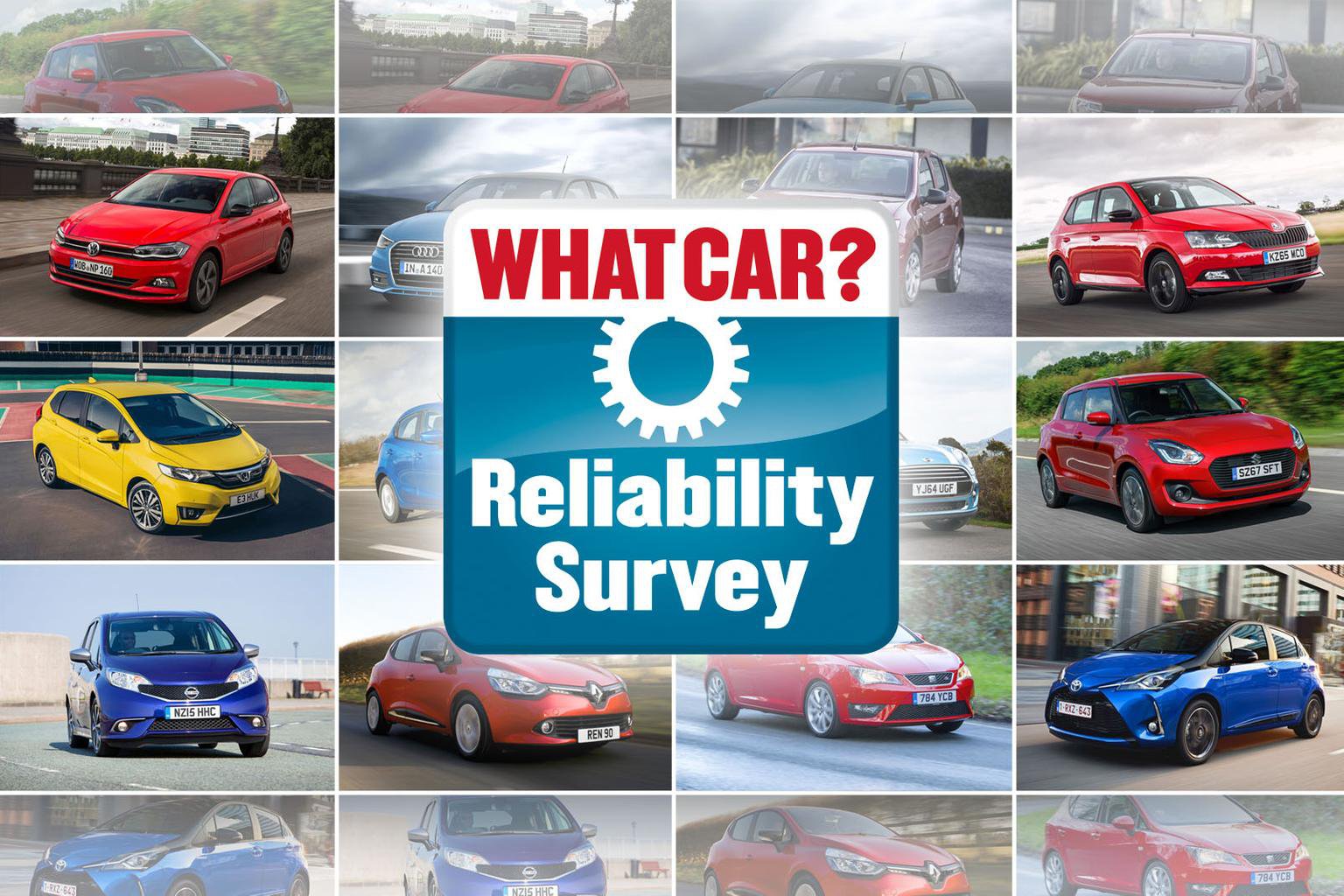 Shouldn’t you factor in reliability?

Your top 25 most unreliable new cars story on whatcar.com was really interesting and somewhat eye-opening. The cars listed are by and large highly regarded in car reviews, your own included.

We do include reliability when working out our star ratings in car reviews and group tests. On our new reviews, it’s a separate section on the Costs and Verdict page. We give a star rating for each model and state where the model (or brand if the model is too new) was ranked in our latest reliability survey. We also mention any common problem areas where relevant.

We also take reliability seriously when it comes to our used car reviews and our Used Car Awards. In fact, if a used car has a poor reliability record, it cannot gain a five-star rating overall or win an award.

For a rundown on the latest reliability on more than 150 car models, visit our 2018 What Car? Reliability Survey results 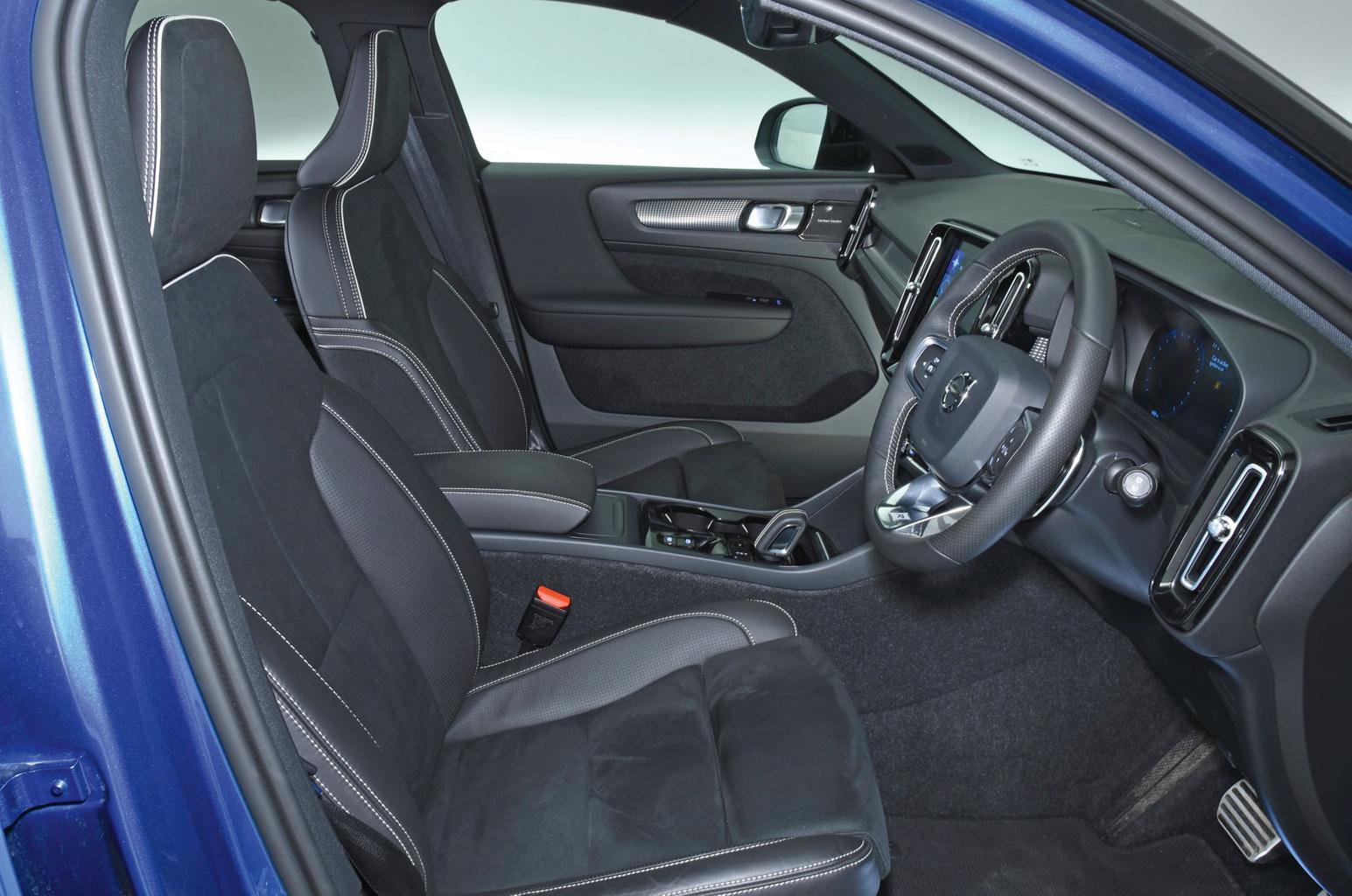 In search of an SUV with supportive seats

I’d appreciate your advice on which car I should buy next. I’m 69 and a pensioner and want to replace my 15-plate Kia Sportage KX3 with an SUV with four-wheel drive and an automatic gearbox.

I love everything about the Sportage, except the driver’s seat. I am six feet tall, with long legs, and the seat base doesn’t extend to behind my knees, making it very uncomfortable. Before the Sportage, I had an Audi A6 with an extending seat base, and that was brilliant.

Which cars would you recommend, based purely on the comfort and supportiveness of their seats?

Volvos generally have the best seats in the business, and the XC60 large SUV is about as good as it gets. However, the smaller XC40 – our 2018 Car of the Year – is nearer in size to your Sportage and very close to the XC60 in terms of seat design. R-Design trim’s sports seats are really well contoured and more adjustable than those of other XC40s, with extendable squabs.

Beyond Volvos, there’s the Skoda Karoq. Higher-spec versions offer extendable seat bases and a lot of adjustment, although the seats aren’t as well shaped as Volvo’s. 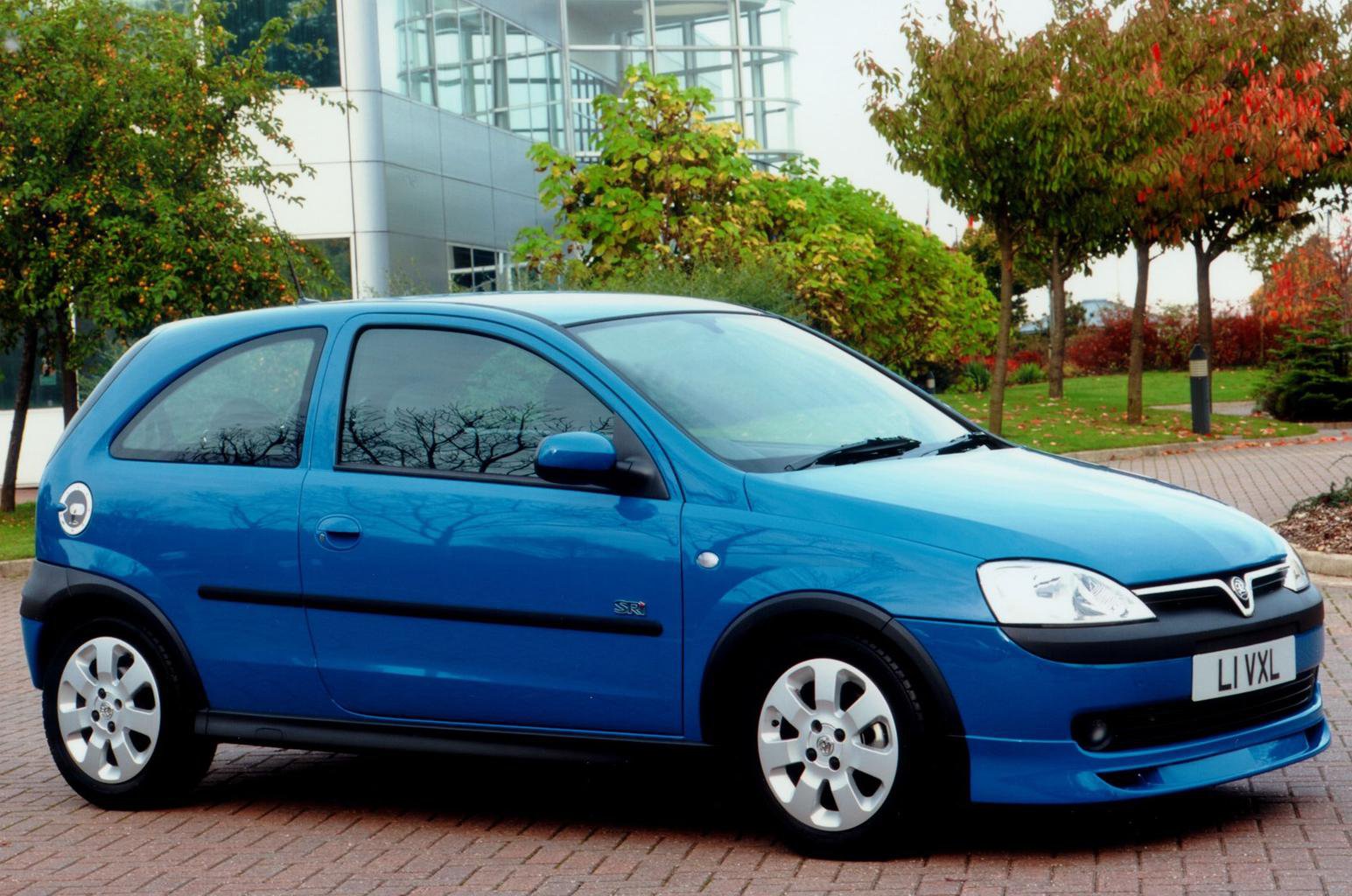 What could replace mum’s old Corsa?

My 71-year-old, disabled mother has no car after the head gasket went on her 14-year-old Vauxhall Corsa. She is devastated that we cannot replace the car with the same model, because it was ideal for her. We’ve tried some potential replacements, including the current Vauxhall Corsa and Viva, as well as the Fiat 500, but they all have narrow door openings that make it painful and difficult for her to get in and out. She suffers with osteoarthritis and hypermobility, among other issues.

Can you suggest a small, reliable car with wide-opening doors and a high seating position that would suit my mother? Her budget is £8000. She covers around 4000 miles a year and is happy to buy new or used. We’d also appreciate any advice on how to get the best price.

If your mum doesn’t need to carry passengers or equipment in the back seats all that often, she’d be better off with a three-door car rather than a five-door. That’s because they tend to have longer doors, making it easier to get in and out, unless you regularly have to park in tight spaces.

The Skoda Citigo is a good choice, because it’s small and has good access in three-door form. It’s also dependable, scoring a solid 88.9% in our latest reliability survey. 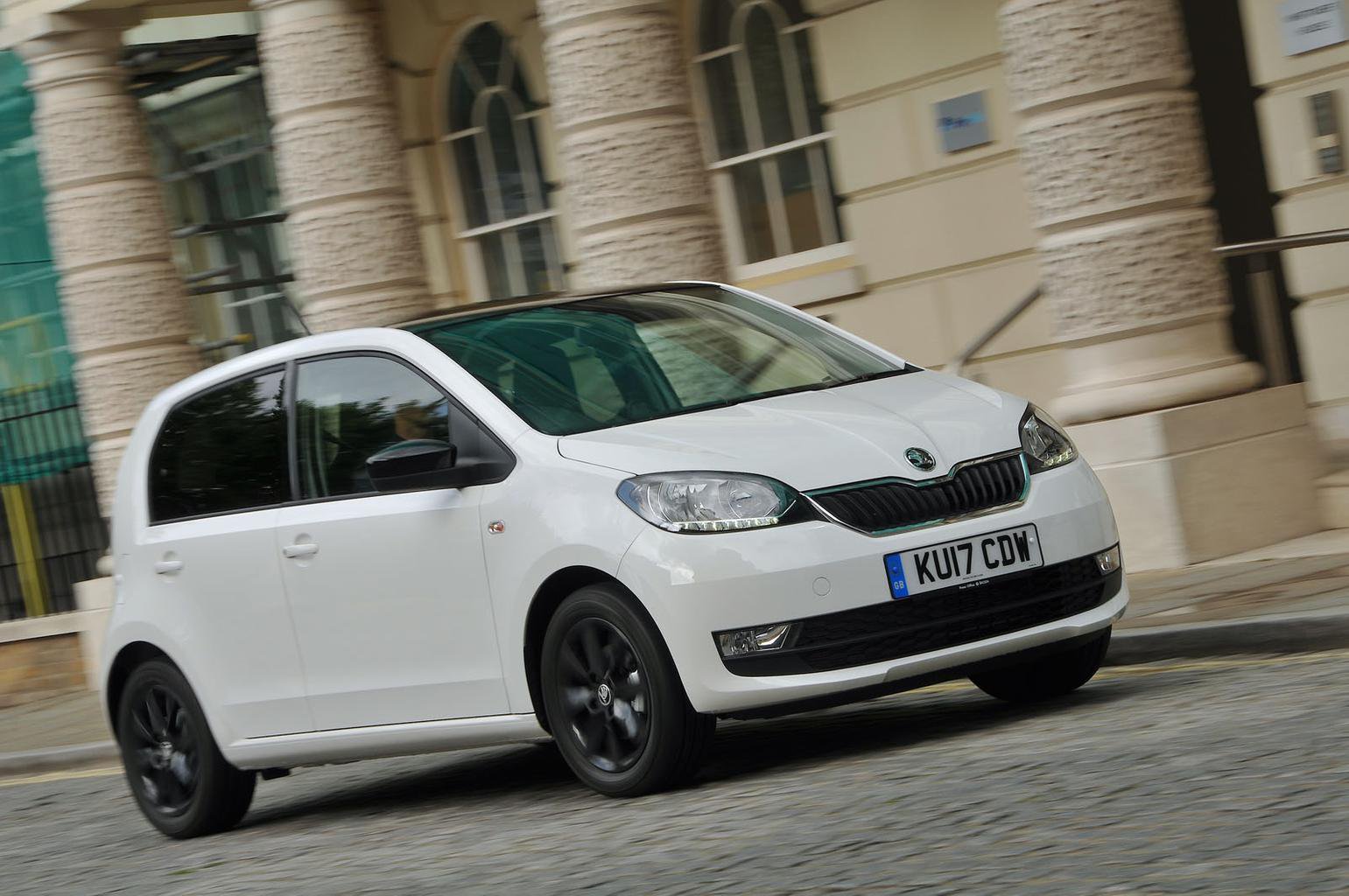 Your budget should get a new Citigo 1.0 SE if you buy via What Car?’s online New Car Buying service. Dealers are offering a 7.9% discount on the Citigo, taking the price down from £8785 to £8094.

Another model worth considering is the Suzuki Ignis. It’s more like an SUV than a hatchback, with a lofty driving position and tall, wide-opening doors that provide good access. It’s roomier inside than the Citigo and should be reliable, because the Suzuki brand is highly rated by owners.

The Ignis costs more new than the Citigo, but your budget should get a 2016 car with 10,000 miles from a franchised dealership.

The best used 7-seaters you can buy