As we’ve mentioned, the 1.8-litre petrol hybrid engine that you find in the Suzuki Swace is the very same one you’ll find under the bonnet of the Toyota Corolla Touring Sports that it’s based on. With a relatively modest 120bhp, it manages 0-62mph in 11.1sec, and that’s adequate in most situations. It doesn’t stand out as quick among its estate car rivals, though. Indeed, every version of the Skoda Octavia Estate is quicker. It’s a shame, then, that the punchier 177bhp 2.0-litre hybrid engine you can have in the Corolla isn’t offered by the Swace.

Elsewhere, there are no big mechanical changes to split the Swace from the Corolla, but at least that means your progress will be comfortable, if not rapid. Like the Corolla, the Swace, strikes a great balance between suppleness and control. Its ride is firmer than the Skoda Octavia Estate, but softer than a Ford Focus Estate. There’s enough compliance to take the worst out of big bumps and potholes yet it never feels floaty over sudden crests. It also remains brilliantly composed over the sort of scarred and patched-up surfaces you find in most towns and cities.

As for refinement, it has similar advantages and disadvantages to the Corolla. For a start, being a hybrid car, it’s really hushed around town because the electric motor can manage on its own in stop-start traffic over short distances. On electric power, progress is virtually silent and the petrol engine doesn’t disturb the peace too much when it cuts in to take over.

On faster roads, particularly those with inclines, the Swace’s petrol engine will soon whine away noticeably, as it does in the Corolla. The blame for that lies with its CVT automatic gearbox, which causes engine revs to soar abruptly during moderate to hard acceleration, and to remain high until you reach your chosen cruising speed. 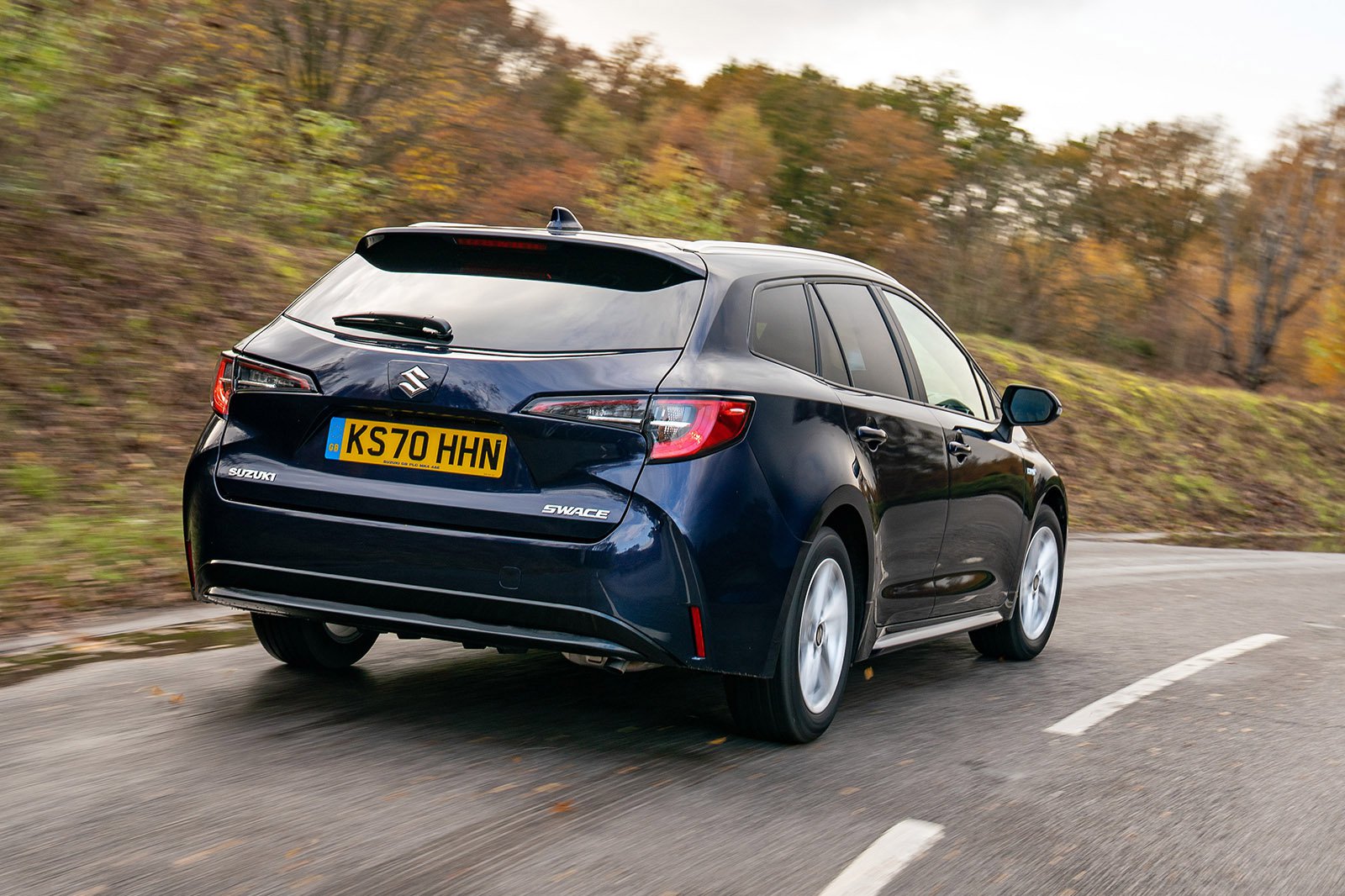