Although there’s a conventional entry-level 1.2-litre petrol engine in the Corolla Touring Sports line-up, Toyota reckons more than 90% of buyers will choose one of the two hybrid models.

The 1.8-litre hybrid has a relatively modest 120bhp. It's noticeably slower than the VW Golf Estate 1.0 TSI 115, but its acceleration is still adequate in most situations – even when joining motorways. The only time you’ll really wish you had a bit more oomph is when you need to overtake slower traffic on country roads.

The 177bhp 2.0-litre hybrid is much punchier and responds far more eagerly when you squeeze the accelerator. It’s far from a “hot estate" but is definitely better suited to outside lane motorway driving, making swift progress altogether less stressful.

Fancy a bit of pampering? Well, forget the spa and buy yourself a Corolla Touring Sports instead; along with the Golf Estate, it's one of the most comfortable cars in its class. It has softer suspension than, say, a Focus Estate, smoothing off the rough edges of road ridges more effectively and transmitting less fidget on patchy sections of motorway.

True, the pay-off is a little more body bounce along undulating roads than you get in some rivals, but the majority of buyers will think this a small price to pay for its comfort advantages. 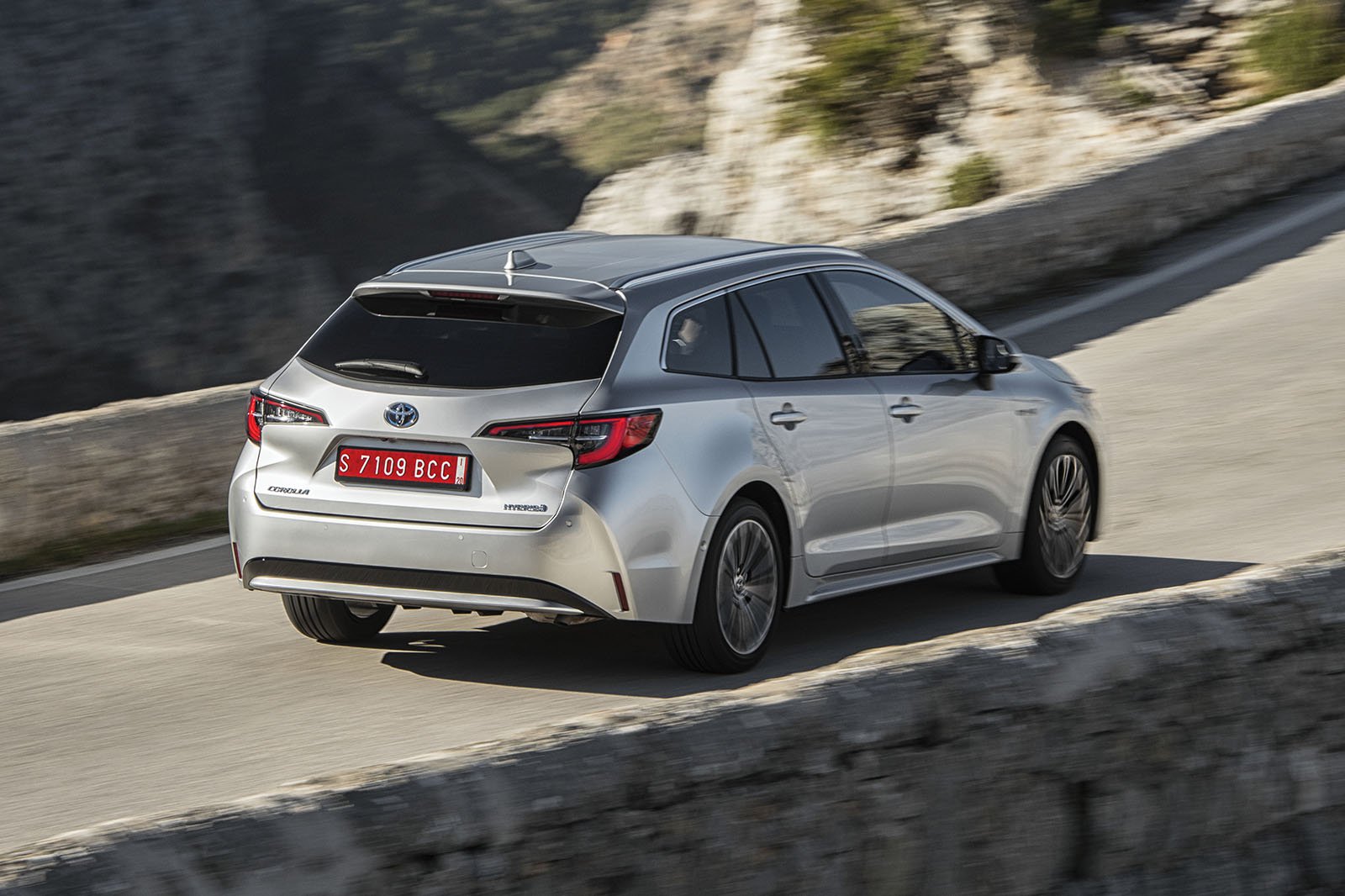 When driven in a leisurely fashion, the Corolla Touring Sports handles well enough. The steering is pretty accurate and builds weight in a predictable and reassuring fashion. There’s a decent feeling of composure as well, provided you don't expect really quick changes of direction.

When you start to push harder, though, you notice that the it's less keen to tuck its nose in to corners than the Focus Estate or even the Golf Estate and runs out of front-end grip sooner than either. Put simply, if you want a car that’ll have you grinning on a challenging road, there are better options. Otherwise, you’ll have few complaints.

One great thing about hybrids is how hushed they are when you’re just pootling around town. Because the electric motor can manage on its own in stop-start traffic, progress is virtually silent and the petrol engine doesn’t spoil the peace too much when it does cut in to provide assistance.

On faster roads, though, particularly those with inclines, the Corolla Touring Sports’ petrol engine begins to whine away noticeably. The blame for this lies with its CVT automatic gearbox, which causes engine revs to abruptly soar during moderate to hard acceleration, remaining high until you reach your chosen cruising speed. This issue is more pronounced with the 1.8 engine than the punchier 2.0-litre.

Tyre and wind noise in the 1.8-litre hybrid aren't as well suppressed as they might be, but the 2.0-litre hybrid is better, thanks to the fitment of 'acoustic' side glass. 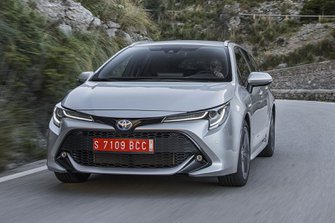 A good all-rounder, but rivals outclass it in a couple of key...