The Volkswagen Arteon Shooting Brake offers a good driving position with lots of adjustment to help you get comfy. Entry-level SE Nav trim gives you electric adjustment for the driver's seatback, as well as four-way lumbar support adjustment and manual adjustment for everything else, including height. If you want power adjustment for height, fore and aft movement, or memory and massage functions, you’ll need to jump up to Elegance trim and raid the options list.

You sit higher up than in a Mercedes CLA Shooting Brake, so the Arteon doesn’t quite have the same sporty feel behind the wheel, but it does provide better forward visibility. The rear view is slightly better than it is in the VW Arteon hatchback because of the Shooting Brake’s larger rear side windows and more upright tail.

You still get less glass than in a traditional estate, though. Standard front and rear parking sensors help mitigate that, while Elegance (but not R-Line) trim gets a rear-view camera. If you need more reassurance, a 360-degree camera is optional on all but SE Nav trim. To help at night, all models get bright LED headlights as standard.

The Arteon Shooting Brake's dashboard is taken from the VW Passat, which is no bad thing because it shares the same logically placed buttons and switches that make it easy to use. Elsewhere, VW has made an effort to jazz up the interior with ritzy inserts and contrasting stitching on the seats. It can’t hope to win the quality battle against Audi and BMW, but it certainly doesn’t feel flimsy. In fact, its interior is better made than that of the CLA Shooting Brake.

The Arteon's infotainment is pretty decent by class standards. SE Nav trim brings an 8.0in touchscreen, while Elegance and R-Line add voice control, and a larger 9.2in screen with online services is optional. Being a touchscreen, it’s not as easy to use on the move as systems with rotary controllers, such as BMW’s iDrive, but the on-screen icons are a decent size and the menus fairly straightforward to work through, plus the graphics are crystal clear. It also includes Apple CarPlay/Android Auto smartphone mirroring as standard.

Volkswagen’s Digital Cockpit Pro is standard on all trims, with a 10.3in screen taking the place of analogue instrument dials. These digital representations can be configured to show lots of additional information clearly, including sat-nav maps and phone contacts. You can also specify a head-up display, but because this reflects on to a piece of plastic at the top of the dashboard, rather than the windscreen itself, it isn’t particularly sharp in use.

Other complaints about the Arteon Shooting Brake concern the touch-sensitive controls that VW is starting to use heavily in its cars. For a start, they’re used to alter the air temperature, and because the panel is right at the bottom of the dashboard, you have to take your eyes well off the road to operate them. There are also touch controls on the steering wheel that make it far too easy to change volume or skip a song by accident while you're driving. 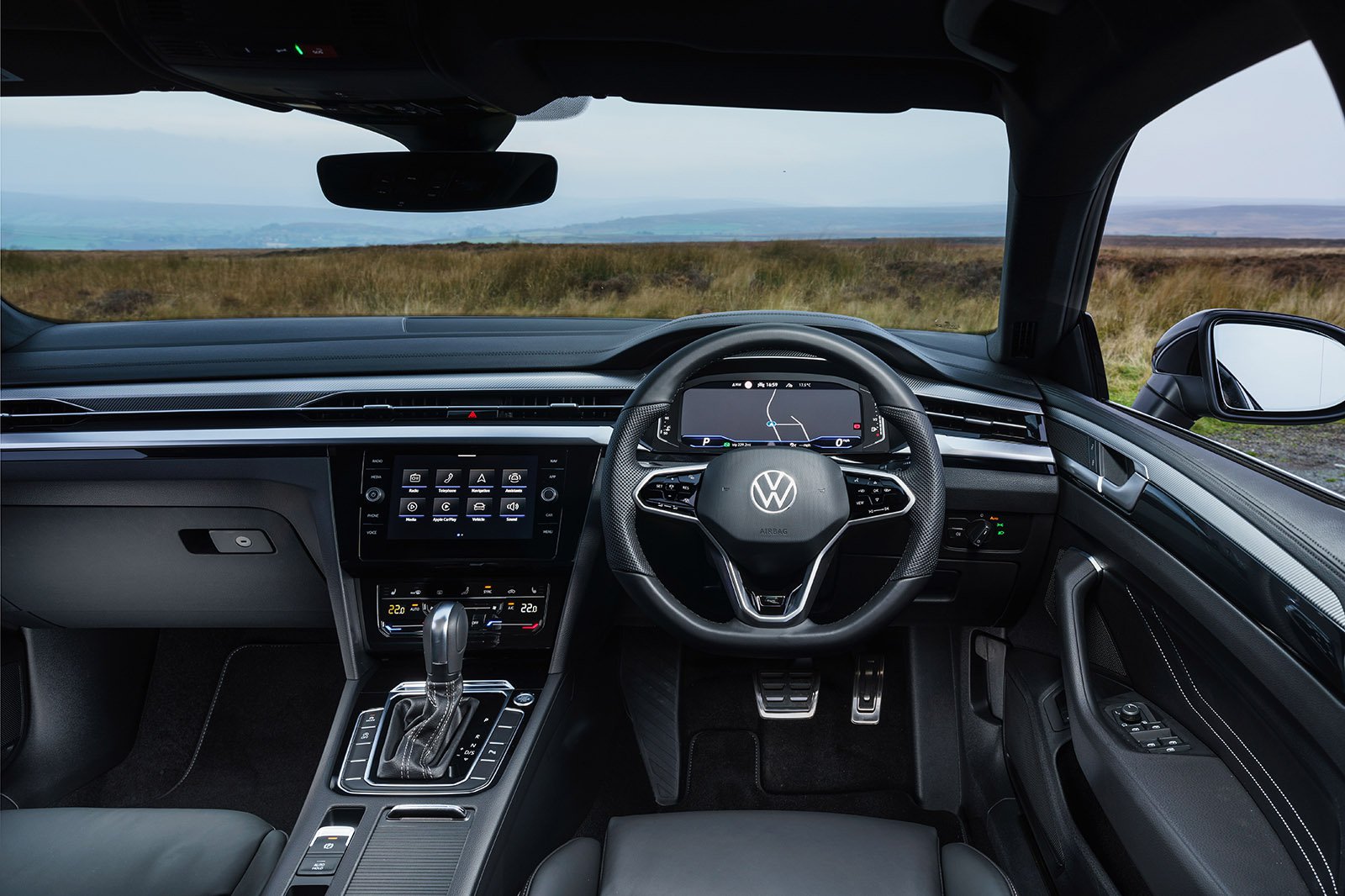