The Volkswagen Arteon Shooting Brake has loads of space up front. There’s as much head and leg room as you’ll find in rivals such as the Audi A5 Sportback and BMW 4 Series Gran Coupé, and the interior is wide enough to offer plenty of elbow room.

There’s also a pair of big cupholders (although these are sometimes blocked by the moveable central armrest), a useful cubby below the heater controls and more storage under the armrest. Big, flocked door bins swallow plenty more odds and ends.

The Arteon really scores over its rivals in the back, though. The leg room on offer is vast, and much more than you get in an A5 Sportback or Mercedes CLA Shooting Brake. While the Arteon hatchback is tight for head room if you’ve got lanky friends, the less heavily raked roofline of the Shooting Brake gives a couple of useful extra inches. The Skoda Superb Estate has even more bonce clearance, though.

Then there's the boot. It’s a fair bit smaller than the VW Passat Estate's, which itself isn’t as big as the Superb's. In fact, as a glance at the official figures will tell you, it’s not that much bigger than the Arteon hatchback underneath the load cover. However, that squarer roofline allows you to fit bulkier items in the back with the cover retracted (an electric tailgate is standard on all trims).

Even so, there’s still a chunky loading lip to contend with, no adjustable boot floor and a ramp up to the back of the folded rear seats. Speaking of which, these are split in a 60/40 fashion with a central armrest that hides a handy ski hatch. All in all, the Arteon Shooting Brake isn't quite estate car practical, but it certainly trumps the smaller CLA Shooting Brake. 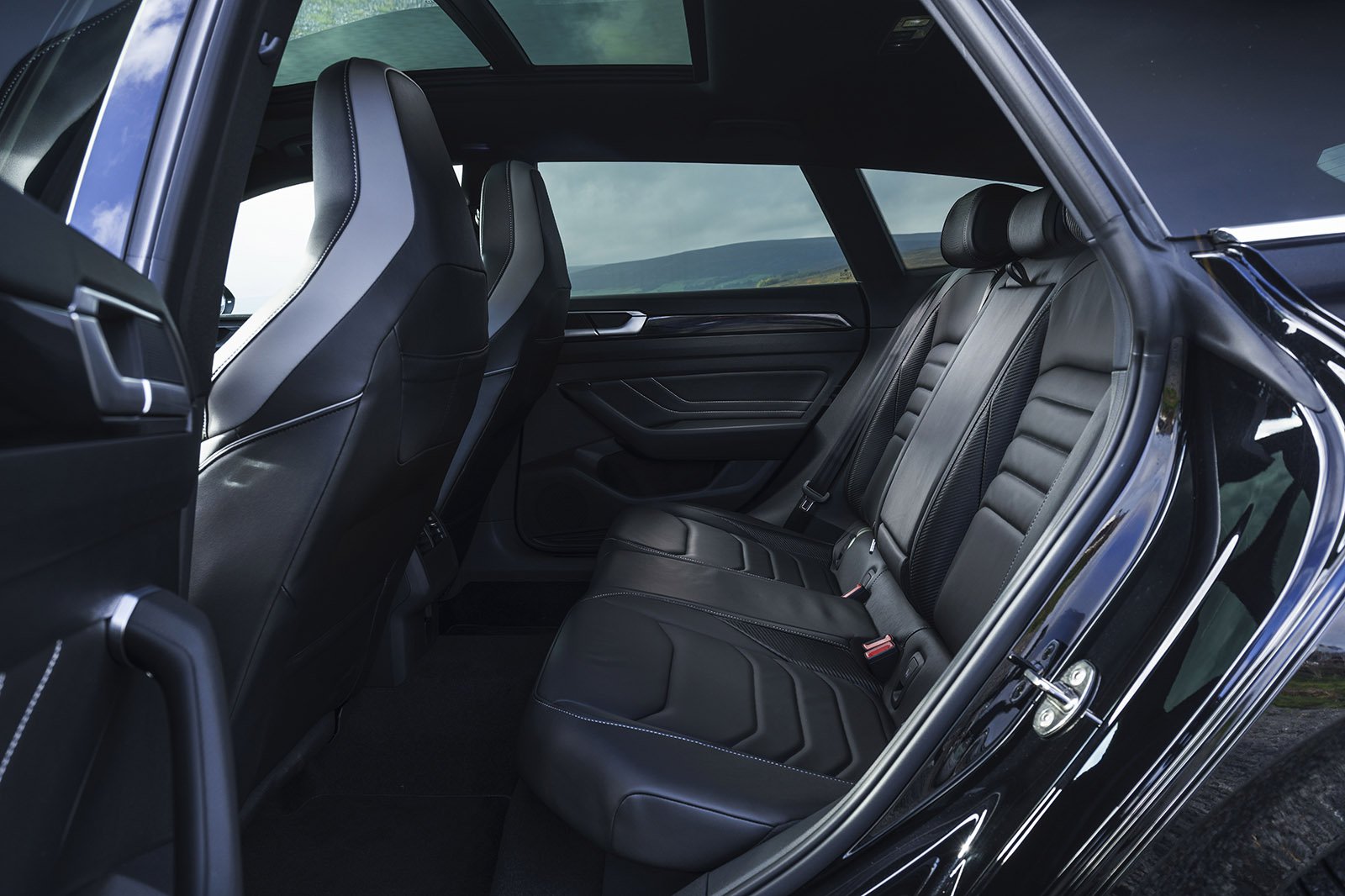