The 148bhp 1.5 TSI 150 is the only petrol engine and it's our pick of the range. It offers pretty punchy acceleration, even when there are bums on all seven seats (0-62mph takes 8.9sec), and enough pull from low revs to prevent you having to thrash the engine too hard to reach motorway speeds.

If you want a bit more oomph for towing, have a look at the 148bhp 2.0 TDI 150 diesel. It offers the same 0-62mph time as the petrol but pulls even harder at low revs, so builds speed more easily without needing to change down a gear.

The TDI 150 comes as standard with a seven-speed automatic gearbox (the TSI 150 petrol is available with this gearbox but a six-speed manual 'box is the default). There’s a noticeable lag before the auto changes gears; this can be frustrating when trying to make a gap at a roundabout.

The Touran rides with fluidity over most surfaces, softening all but the worst bumps and only fidgeting a little along scruffy town roads. It rides well enough even on the larger 18in wheels that are fitted to range-topping R-line trim, although we recommend sticking with the smaller 16in alloys fitted to SE and SE Family for the smoothest progress.

You can add adaptive dampers (DCC in Volkswagen speak), but they're rather pricey so you’re better off saving your money. We’d also avoid the optional sports suspension because it worsens ride comfort – and let's face it, comfort is most people's priority in a seven-seat MPV. 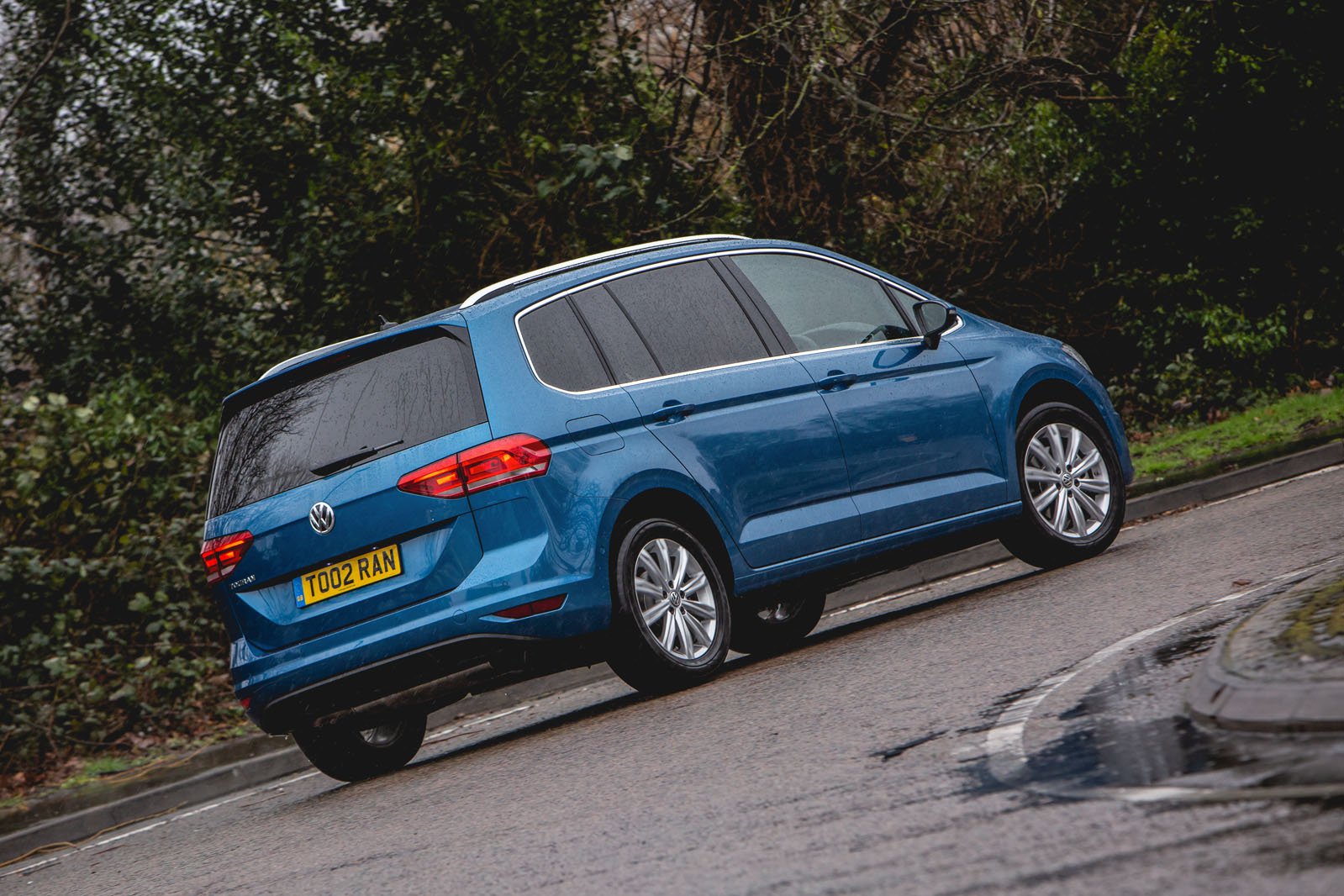 Anyone who’s driven a 2o13-2020 Volkswagen Golf will have some idea of what the Touran feels like to drive. Its steering is predictable and well-weighted, there’s plenty of grip and body lean is kept neatly in check – more so than in any rival, even the Ford S-Max

The Touran also feels stable on the motorway and is easy to steer around town. That's partly because it feels relatively compact – not something you can say of its more cumbersome rivals, such as the Citroën Grand C4 Spacetourer and Ford Galaxy.

The 2.0 TDI 150 diesel engine is smooth and muted by MPV standards. Meanwhile, the 1.5 TSI 150 petrol engine is also relatively hushed unless you rev it vigorously.

The Touran doesn’t suffer undue wind or road noise; indeed, in our noise tests, it proved to be quieter than the Citroën Grand C4 Spacetourer at both a 30mph and a 70mph cruise.

The clutch is light and precise, as is the manual gearshift, while the optional automatic (DSG) gearbox is only jerky at very low speeds, such as when you're parking.