Those in the front are treated to plenty of head room and just about the most leg room in the class. The Ford S-Max is noticeably wider, but you still don’t feel short of elbow room in the front of the Touran. Access is very good, too, thanks to doors that open wide to create broad apertures and high-set seats that are easy to get in and out of.

The door pockets will each hold a 1.5-litre bottle and the cubby that's recessed into the base of the dashboard is ideal for stowing a phone or wallet. There are two fixed cupholders behind the gearstick, a shallow storage area on top of the dash under a flip-up lid, and a sizeable glovebox.

The Touran has three identical-sized second row seats that are easily accessed through the wide-opening doors; you won’t need to bend down far to belt your kids into their child seats. There’s more space in the second row of the Touran than in many rivals, too. A couple of tall adults will be comfortable and the flat floor means even three sitting side-by-side won't feel too densely packed in. All but entry-level S models get folding picnic tables on the backs of the front seats.

Average-sized adults will be comfortable even in the third row, where two can sit with plenty of head room – even if you go for the optional panoramic glass roof. Getting to these seats is also easy, thanks to middle-row seats that tilt up and slide forward easily to leave a decent gap to clamber through.

Also unusual, and rather impressive, is that the Touran has Isofix fittings on all of its rear seats – including those on the third row. 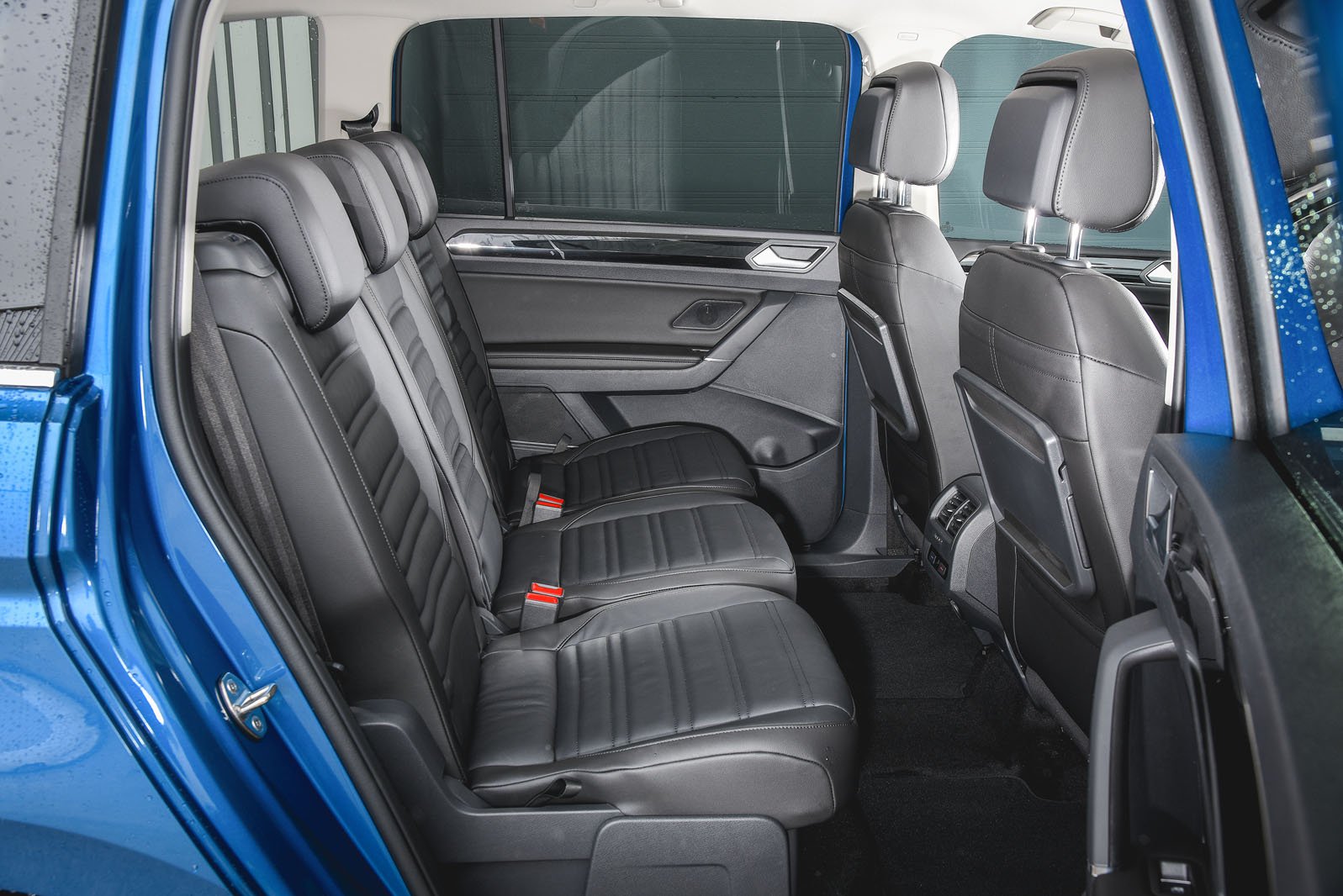 The second-row seats are easy to slide forwards and backwards independently of one another, and it’s a straightforward job to fold them flat. It only takes one hand to tilt an outer seat forward for access to the third row and the seat returns to its original position when you're done.

Many will opt to keep the third row seats folded away into the boot floor when they aren't being used, but it's easy enough to pull them up again using just one hand.

Go for SE trim or above and you'll also get a front passenger seatback that can be folded down flat, allowing you to carry seriously long items – even some ladders will fit.

The Touran’s boot is better than those of its direct rivals. It's deep and wide, and has a low lip for easier loading of bulky items. If you fold the third row seats away, you'll gain a completely flat boot floor with no big gaps for anything to fall down.

There’s also an underfloor storage area for the loadbay cover; handy when you want to fold down the second and third-row seats for a van-like luggage area.