You’re unlikely to want for more leg or head room in the front of the E-tron. And the front seats are a good distance apart to ensure you don’t rub shoulders or bang elbows with the person beside you.

Even the wide centre console, which features several handy storage spaces, doesn’t get in the way of the driver’s left knee like it can in some SUVs.

There’s more than enough space in the back for a pair of six-footers to get comfortable. And while this is also the case in the Jaguar I-Pace, the E-tron’s roof doesn’t curve downwards as dramatically as the Jag’s, so you’re less likely to feel claustrophobic.

Life is quite uncomfortable for a central rear passenger, though – their seat is narrow and has a harder backrest than the outer two.

There's also no seven seats option, which there is in the rival Tesla Model X. 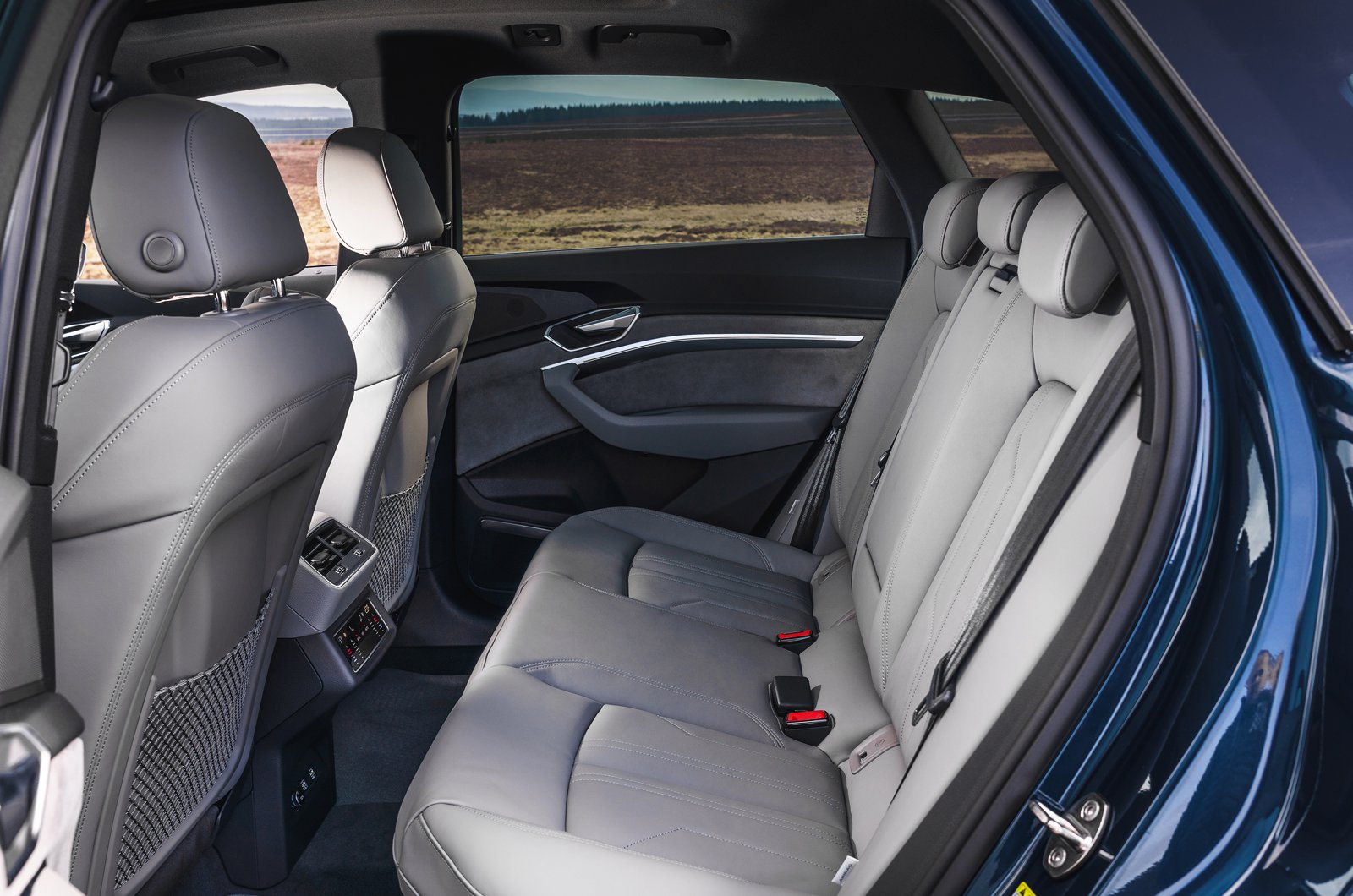 The rear seatbacks split and fold down in a 40/20/40 arrangement, allowing you to transport longer items between two rear passengers. The I-Pace has a less versatile 60/40 arrangement.

What’s more, handy levers in the boot allow you to drop the E-tron’s rear seats from the back of the car, and while they lie at a slight angle once down, there is at least no step up to them.

There's a small lip at the boot entrance, but once you're over that you'll find a large, square load bay with a healthy amount of underfloor storage. In our tests, the E-tron manage to swallow eight carry-on sized suitcases below it's load cover, whereas the I-Pace could hold only seven.

There's a second small boot at the front of the car, although this is really only big enough for the charging cable.