Even if you're a bit of a giant, front space shouldn’t be a problem; there’s plenty of head and leg room, and the interior isn't narrow enough to make you feel like you’re shoulder-to-shoulder with your front passenger.

In addition, there's a decent-sized glovebox and door bins that are large enough to hold a one-litre bottle of drink. There are a couple of cupholders in front of the gearlever, too.

The Q2 is a small SUV, so you probably aren't expecting limo-like leg room in the back. There's enough space for a couple of six-footers – broadly similar to what you'll get in a Peugeot 2008 or Volkswagen T-Roc – but the Mini Countryman trumps it comprehensively. It's also a much better choice if you regularly need to carry three people in the back.

Rear passengers each get a door bin that can swallow a small bottle of water, plus there's a folding centre armrest complete with two integrated cupholders. 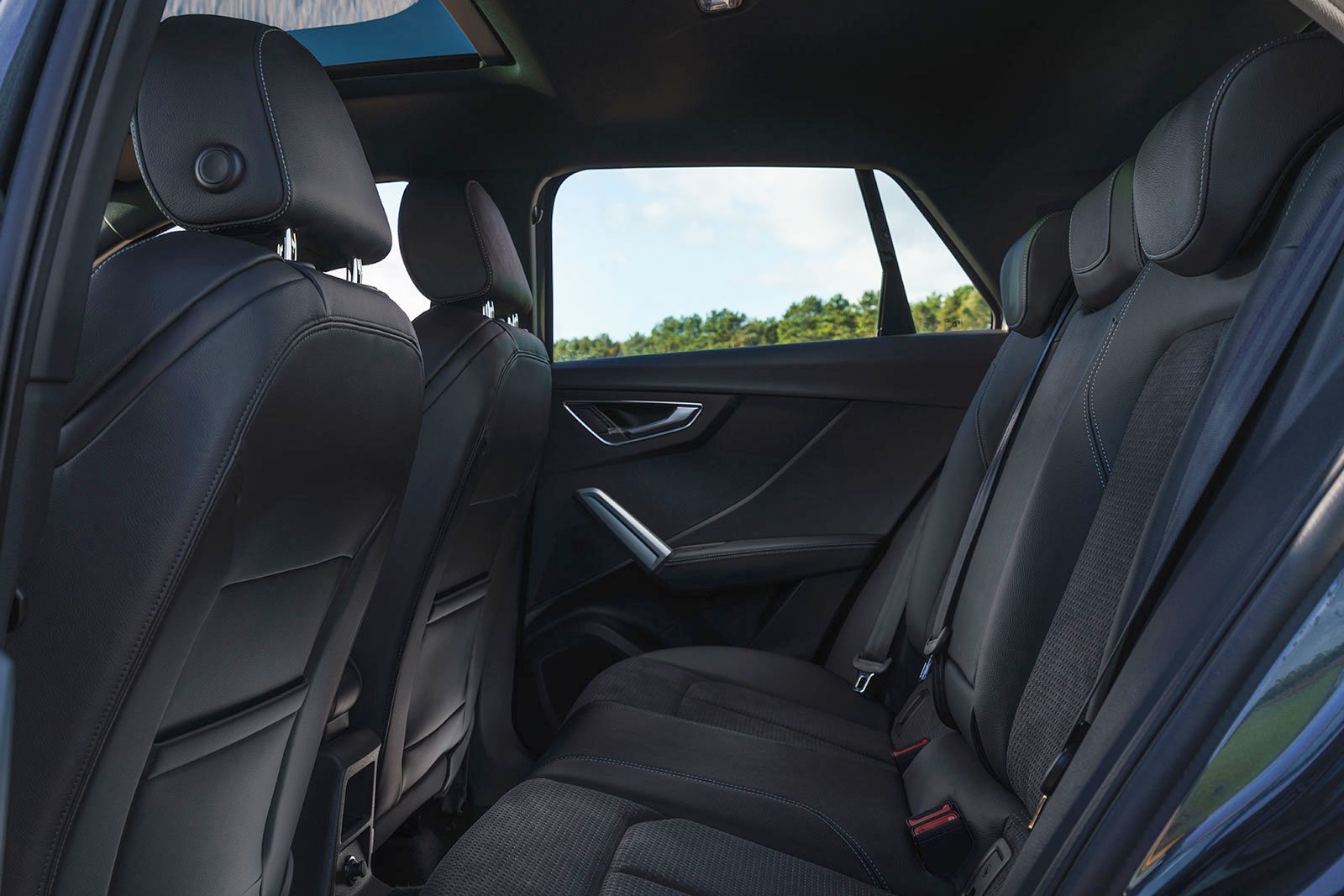 The Q2 comes with 60/40 split-folding rear seats as standard, and the backrests are easy to drop using levers by each rear headrest. However, if you want to carry skis, or anything else long, with three people in the car you will either need to step up to Vorsprung trim for its 40:20:40 split rear bench, or consider a Mini Countryman or Volkswagen T-Roc.

Unlike in some rivals, such as the cheaper Volkswagen T-Cross, there’s no sliding rear seat option for the Q2.

The Q2’s boot is marginally bigger than the A3 Sportback’s and is usefully square in shape; there’s room for six carry-on-sized suitcases or a folded pram below the parcel shelf. That said, some small SUVs, including the Countryman, offer even more luggage space.

Quattro versions of the Q2 have a slightly smaller boot than front-wheel drive models; the floor is higher to accommodate the four-wheel drive gubbins underneath. Front-wheel drive cars also have a height-adjustable boot floor. With this in its highest position (and at all times on quattro versions), the floor is flush with the leading edge of the boot opening, so there’s no load lip. There's also an agreeably flat extended load deck when you fold down the rear seats.