Usability for people with disability or their carers

The BMW X1’s doors open to a 63 degree angle. That’s wider than the Toyota C-HR’s (61 degrees), but not as wide as the Mazda CX-30’s (66 degrees). Nevertheless, they open wide enough not to be too obstructive when you’re trying to get into or out of the driver’s seat, and that’s a great help if your mobility is restricted.

What’s more, BMW has thoughtfully made sure the interior door handles are sited quite far forward on the door trims, so they should be pretty easy to reach even when the doors are fully open. 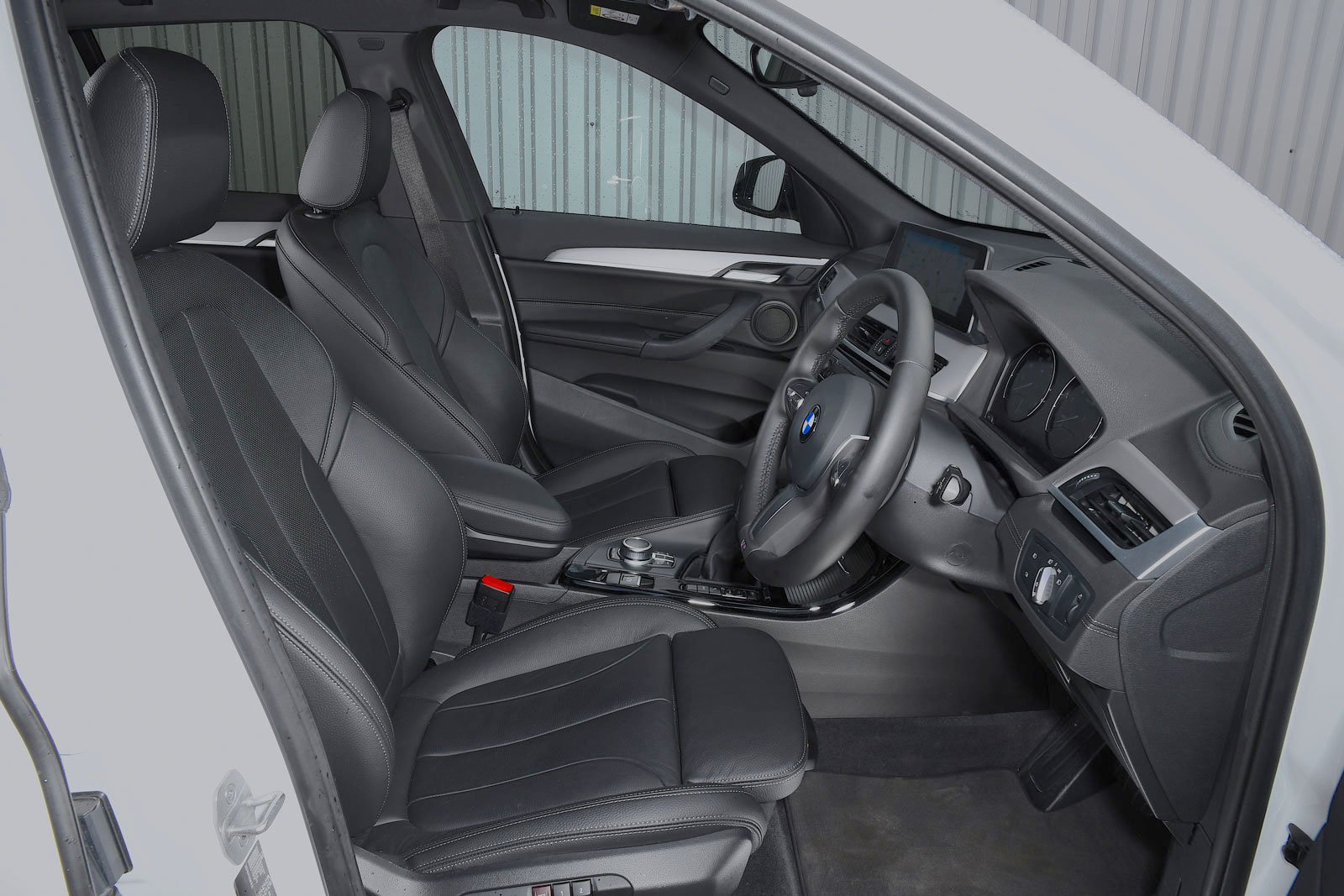 The X1 isn’t a huge family SUV but it still has a decent boot. The floor of the boot is 900mm long and 1000mm wide, which means you’ll be able to get a folded-up wheelchair in with relative ease. The boot opening is also a reasonable 740mm tall, but you’ll need to fold down the back seats if you want to carry your wheelchair fully assembled.

You’ll also find a couple of smaller storage areas on either side of the boot, along with a power socket.

The back seats can be folded down with merely a quick tug on the levers on either side of the boot compartment, and they’re split 40/20/40 to increase versatility. They lie almost flat, too, and there’s almost no load lip to lift items over, so getting stuff into and out of the boot is simple.