The range opens with the 194bhp 2.0-litre sDrive20i and 255bhp sDrive30i variants. Both engines pick up well from low revs and put down their power easily, and the more powerful 30i feels every bit as quick as the Audi TT Roadster 45 TFSI.

However, BMW pitches the Z4 as a sports car and that’s where the 20i and 30i fail to shine. Drive them enthusiastically and you notice that neither has the zingy, free-revving attributes of the 2.0-litre petrol engines in the TT. Nor do they sound as exciting, letting out a dreary, monotonous drone. The sluggish eight-speed automatic gearbox, which comes as standard, doesn't add to the sports car theme, either. Unlike the TT, there's no manual option, and the grabby brakes aren't intuitive to use in stop-start traffic or for fast road driving.

Mercifully, the range-topping M40i is better. When you plant your right foot on the accelerator pedal, its 335bhp 3.0-litre straight six responds with virtually no turbo lag, pulling hard from low in the rev range. It sounds much more invigorating than the four-cylinder engines, too, with a smooth, free-revving nature that suits the M40i’s more focused demeanour. It certainly produces a nicer note than the four-cylinder engines in the Boxster, but not the Boxster GTS. The flat-six motor in that sounds truly great.

And, while you’re still limited to an automatic gearbox, the M40i’s eight-speeder is impressively snappy, especially when changing down a gear for quick overtaking. Beefier and more feelsome M Sport brakes also help instil more confidence when taking on country roads, while the bespoke, electronically controlled limited-slip differential helps put down the power successfully on the way out of corners.

Speaking of corners, despite BMW's claims that the latest Z4 is a sharper act, it doesn't feel that sharp in bends. The standard suspension fitted to the 20i and 30i feels tuned more for motorway cruising comfort than canyon carving, allowing more body lean than you'll get in either a TT or Boxster. And because it's quite soft the Z4 feels rather bouncy and wayward at the back end over B-road bumps. The optional adaptive dampers improve things if you stick them in the firmer Sport mode.

Once again, the M40i is better. Its standard adaptive M sport suspension keeps the car more level and does a better job of absorbing mid-corner bumps, so it's more stable. However, its hefty kerb weight still means the M40i isn't as nimble as an Audi TTS or the thoroughly well sorted Porsche Boxster, but if you're going to buy a Z4, it is the one to go for.

Whichever specification of Z4 you're looking at, it won't steer as well as its rivals. To start with, the steering is vague around the centre position, so you find yourself making lots of adjustments that you wouldn't need to with the beautifully connected steering in a Boxtster. Then there's the speed of the steering. It's a variable ratio rack, so to start with it's quite slow, but past a quarter of a turn of lock the rate it turns the wheels suddenly ramps. That makes it very difficult to gel with and get the car placed accurately on the road.

All these niggles conspire to make it hard to truly enjoy the Z4's rear-wheel-drive layout. The Boxster is a much better driver's car, and even though the TT isn’t rear-wheel drive, you can have more fun in that, too.

It's not all bad, though. The Z4 is quite cushioning over most surfaces, including urban town roads and motorways. Once your cruising at 70mph there’s a relative lack of wind and road noise (with the roof up) so it’s much quieter than the Boxster. If you open the roof (something that takes around 12sec with the push of a button) there's a fair amount of buffeting, even when the optional wind deflector is in place. 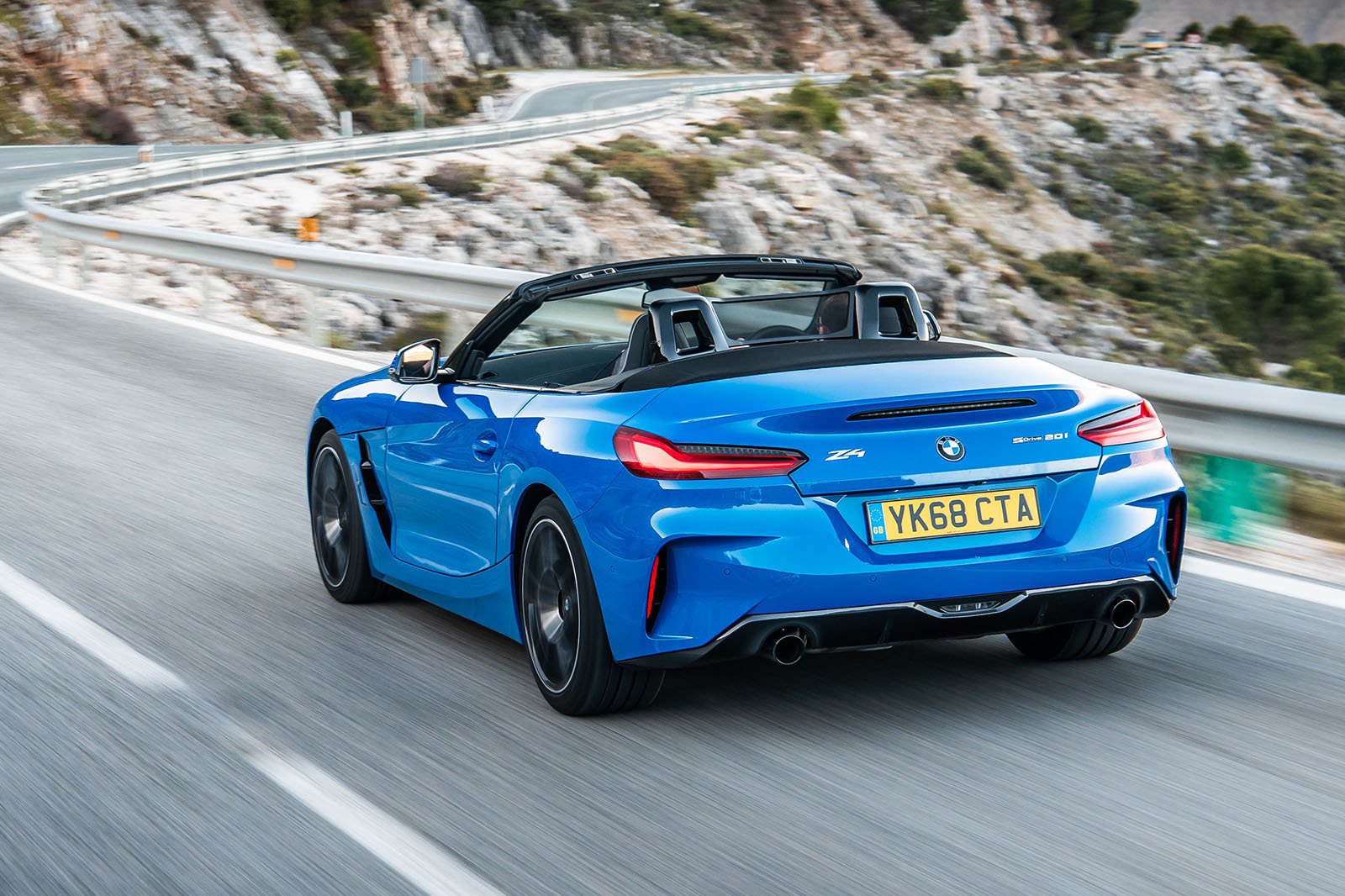