The cheapest Kia Stonic engine, which only comes with entry-level 2 trim, is the 99bhp 1.0 T-GDi. It’s a punchy performer that’ll officially get from 0-60mph in 10.7sec (11.7 if you opt for the automatic gearbox). It has a fair amount of shove once you get going, but is weaker at low revs, taking a while to get going.

For that reason, you’ll appreciate the mild-hybrid assistance the 118bhp 1.0 T-GDi receives from low engine speeds. It's slightly quicker from 0-60mph (10.4sec), and if you're tootling through town, you’ll rarely have to pass 1500rpm. The good news doesn’t stop there – it's also happy to rev away if you need a bit more oomph, and getting up to motorway speeds is no chore at all.

At motorway speeds, the Stonic fidgets a little on asphalt that looks perfectly flat. It’s not as stiff as the Mini Countryman but you'll experience an altogether smoother ride at all speeds in the Skoda Kamiq and the T-Roc. 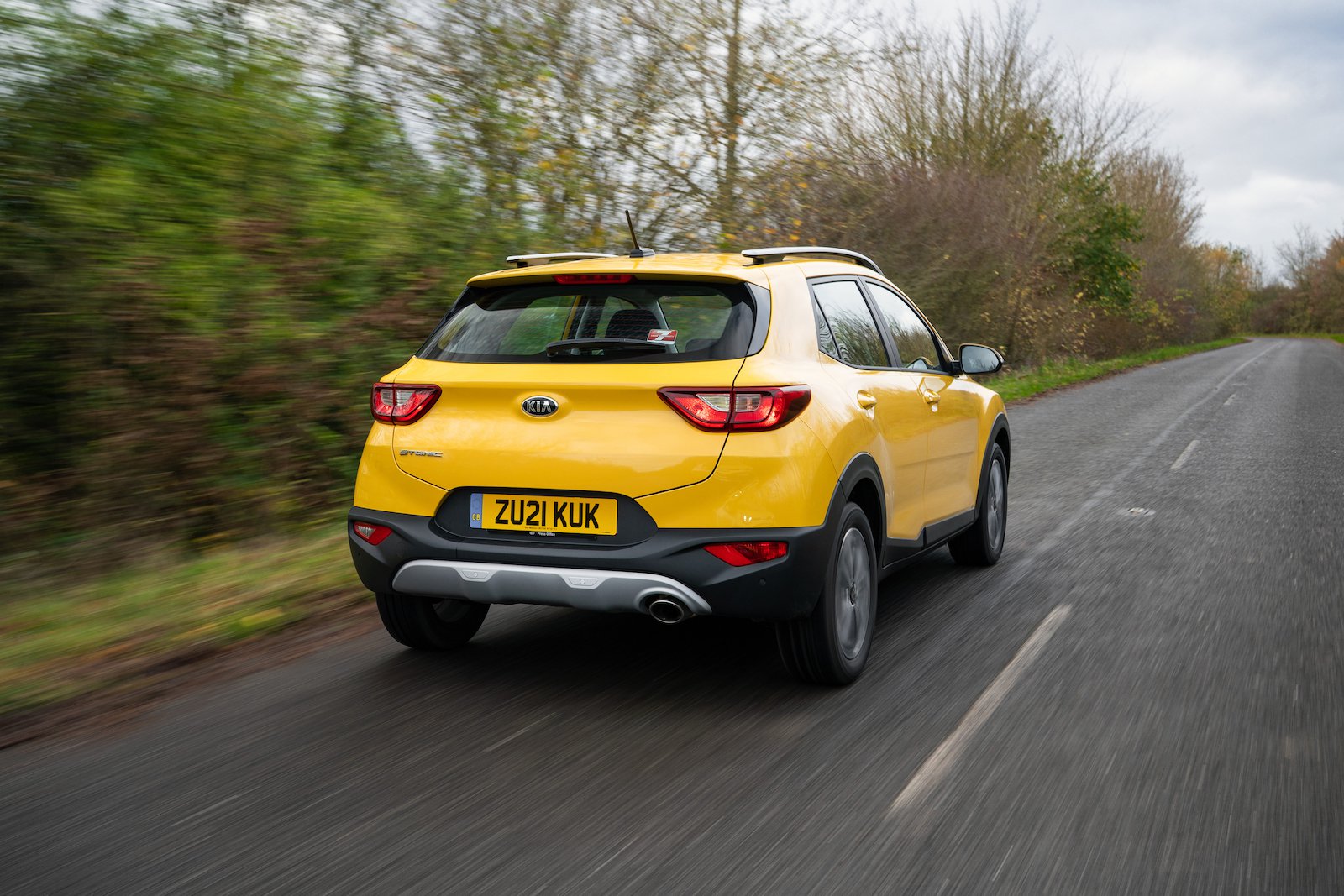 Despite the fact that the Stonic is essentially a jacked-up Kia Rio, its raised ride height hasn't substantially affected its nimbleness. Indeed, it's actually one of the most agile small SUVs you can buy.

It responds surprisingly eagerly to steering inputs and stays upright through corners that would cause the Citroën C3 Aircross to lean over markedly. Even if you’re mid-corner and the road suddenly becomes bumpy, the Stonic remains composed.

The steering isn’t exactly feelsome, but it’s precise and well-weighted around the straight-ahead position, making it easy to stay in your lane on a motorway. The Puma is even more enjoyable to drive, with better steering and more front-end grip. If you’re dead-set on having four-wheel drive, you’ll want to take a look at the T-Roc or the Suzuki Ignis, Suzuki Jimny or Suzuki Vitara.