You won’t be short of room in the front of the Kia Stonic; there's plenty of head and leg room, even for taller occupants. Interior width is generous for a small SUV, too – enough that the driver and front passenger won’t be clanging elbows. However, while it’s fine, it isn’t as commodious as its Skoda Kamiq and Volkswagen T-Roc rivals up front.

Storage space is respectable: there's a usefully sized glovebox and a tray to store your phone in front of the gearlever, plus two cupholders and a cubbyhole under the centre armrest.

The Kia Stonic's rear space is below par by class standards. Head room is fine, but leg room is tight compared with that offered by the Seat Arona let alone the Skoda Kamiq, especially if there’s someone tall sitting up front.

Try to seat three adults in the rear and it's a bit of a squeeze, although the same is true of most cars in this class.

There’s not a lot of room for odds and sods in the back; a couple of small door bins and map pockets on the backs of the front seats is about your lot. 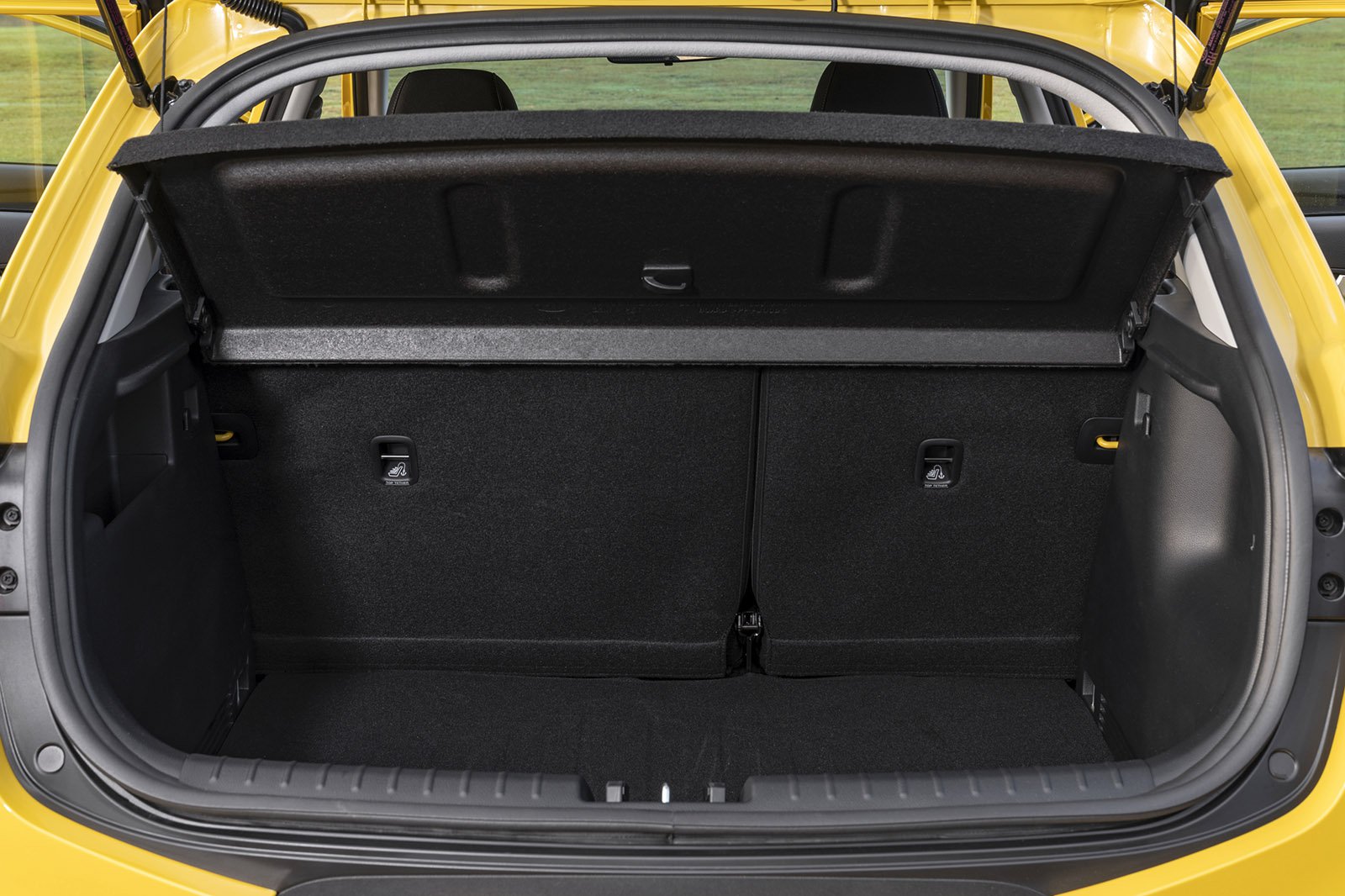 The Stonic is average in this respect as well. There’s no height adjustment for the front passenger seat unless you opt for top GT-Line S trim, and while you get 60/40-split folding rear seats for those occasional trips to the tip, the Stonic goes without the flexibility of sliding or reclining rear seats, which are offered by its Citroën C3 Aircross and Renault Captur rivals.

The Kia Stonic’s boot is nothing to get too excited about. You’ll get a decent amount of weekly shopping for the family or a total of five carry-on sized suitcases in there, but you'll squeeze more luggage into many of its rivals, including the Seat Arona and Skoda Kamiq, which can both fit seven suitcases. In fact, with just 352 litres of storage the Stonic has one of the smallest boots in the class.