With the Mercedes GLE Coupe, instead of the smorgasbord of petrol and diesel options on offer with the GLE SUV, you’re limited to just two engines unless you opt for one of the high-performance AMG models.

The cheapest way into the range comes in the shape of the 350de plug-in hybrid which combines a 2.0-litre diesel engine with a huge battery pack and a fairly potent electric motor.

When the engine is called into play, the transition between power sources happens near-seamlessly and the 350de’s diesel is very refined, if not quite as smooth as the six-cylinder version found in the 400d.

Similarly, while the 350de’s performance when both power sources are singing is a perfectly respectable 0-62mph time of 6.9sec, the 400d takes just 5.7sec, with plenty of urgency from low revs, despite missing out on the electric motor assistance.

That’s partly down to the 350de’s extra 405kg of bulk over the 400d, something that really becomes apparent in bends. A 400d handles tidily enough with plenty of grip and well-controlled body lean, but the 350de feels noticeably less agile.

The 350de comes over as a bit more ponderous and less willing to be hustled compared with the 400d, which seems happy enough scything through an S-bend. The BMW X6 and especially the Porsche Cayenne Coupé are more fun to drive, though. Of course, there are the high-performance AMG 53 and 63 engines, although we’re yet to sample them in the Coupé.

All models have standard switchable air suspension, but also get massive 22in wheels. Those wheels undoubtedly look great, but you’re certainly aware of potholes, expansion joints and other sharp shocks passing beneath you. The GLE Coupé also fidgets slightly over scruffy surfaces so if comfort is your bag, we’d point you towards the Audi Q8 or Range Rover Velar. 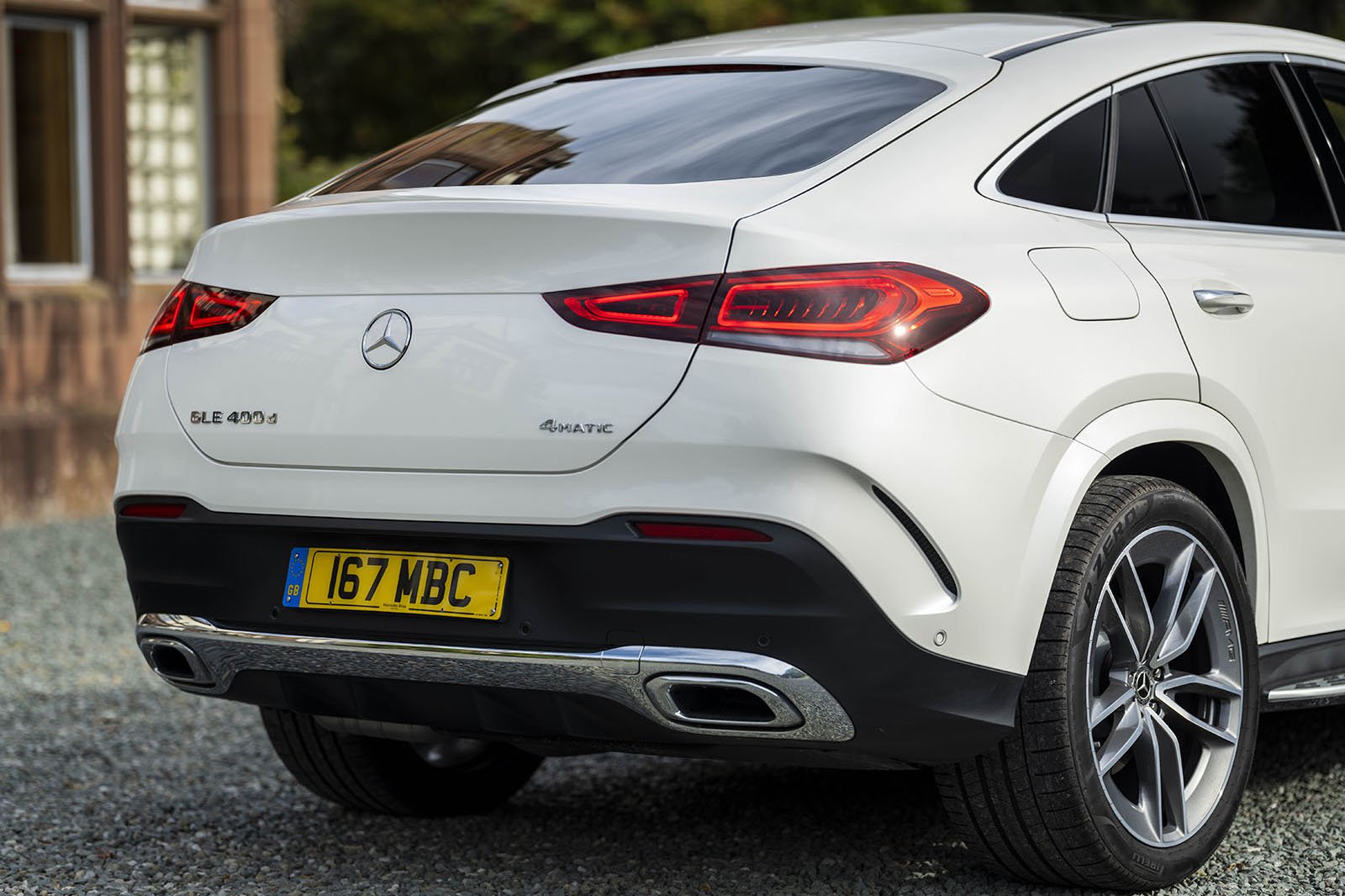