Access to the front seats is easy thanks to large, wide-opening doors, and the rear seats are even easier to get to thanks to a vast electric sliding door on each side. They are electrically operated via buttons as standard and are a real plus point when you need rear-seat access in a tight multi-story car park.

There’s a completely flat floor that makes it easy for passengers to move around inside. It is roomy, too, but the standard length V-Class doesn’t actually offer much more space for each passenger than the Ford Galaxy.

Disappointingly, with all seven seats deployed, the boot area is relatively small and will struggle to take seven people’s luggage. You’ll find the Ford Galaxy to have a far bigger boot with all its seven seats in place, and it also shares with similar regular MPVs the advantage of a third row that folds into the floor when it’s not in use.

The V-Class only offers the option of removing the third row altogether, and it’s a cumbersome thing to lug about and store. If you go for the longer eight-seat V-Class Long and Extra Long models, the boot is far bigger and will swallow several large suitcases.

Meanwhile, the Mercedes V-Class Marco Polo camper van turns that seven-seat interior into luxury property on wheels. There’s seating for four, two of whose seats can fold down into a double bed. For the other two, a pop-up roof provides space for another double bed on the makeshift ‘second-floor’.

Depending on specification, there’s also a full-on kitchen installation with a sink, gas hob, fridge and plenty of cupboards and storage compartments. Factor in Mercedes’ trademark glitzy finish and the end result is a living space that is significantly more glamorous than most university halls’ of residence. 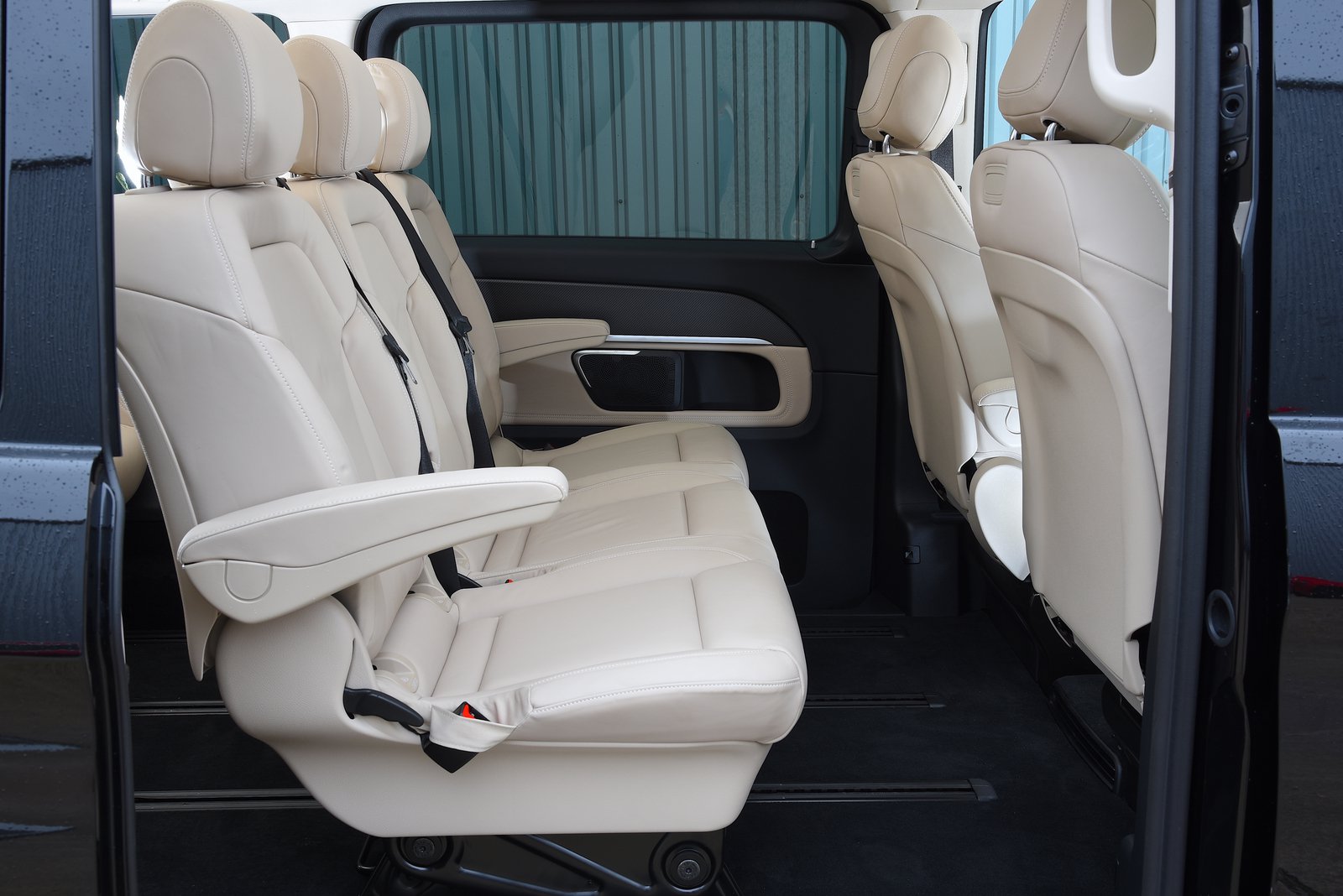