The Countryman's starting price is quite a bit higher than even well-equipped versions of the Ford Puma, Nissan Juke and Skoda Kamiq; it also nudges past the Volkswagen T-Roc. That's for our favourite Cooper engine, and if you want more power, four-wheel drive or an automatic gearbox, you'll be spending considerably more.

That's not made up for by strong resale values, either. After three years, the Countryman (including the PHEV) is expected to depreciate faster than many of its non-premium rivals, including the Puma and T-Roc. Discounts are available, though, no matter whether you're paying cash or signing up to a PCP finance agreement, so head over to our New Car Buying service to find out how much you could save.

There are also more efficient cars, like the Puma 1.0 Ecoboost, which uses mild-hybrid tech to beat the Countryman Cooper on CO2 emissions and fuel economy. If you're a company car driver, though, the Cooper PHEV takes advantage of tax breaks to smash its petrol and diesel rivals, including the Puma, when it comes to benefit in kind (BIK) tax. That said, the Renault Captur PHEV sneaks into an even lower tax band. The Countryman PHEV's battery takes around 2.5hrs to charge from a 7kW home wall box.

We'd stick to entry-level Classic trim because, otherwise, the Countryman's price starts to match those of larger (and better) family SUVs, including as the Seat Ateca and Skoda Karoq. And besides, the Classic trim comes with all the infotainment and parking aids we've already covered, along with keyless start, automatic lights and wipers, cruise control, air conditioning and 16in or 17in alloy wheels, depending on which engine you choose.

If you're going to spend more money, spend it on some of the useful option packs, of which we'd point you towards the Activity Pack, which adds sliding rear seats, a powered tailgate and picnic tables, or the expensive but feature-laden Comfort Pack Plus, which includes climate control, heated front seats and power-folding door mirrors. Adding option packs can make your car easier to sell on, but they doesn't necessarily guarantee it'll be worth more. 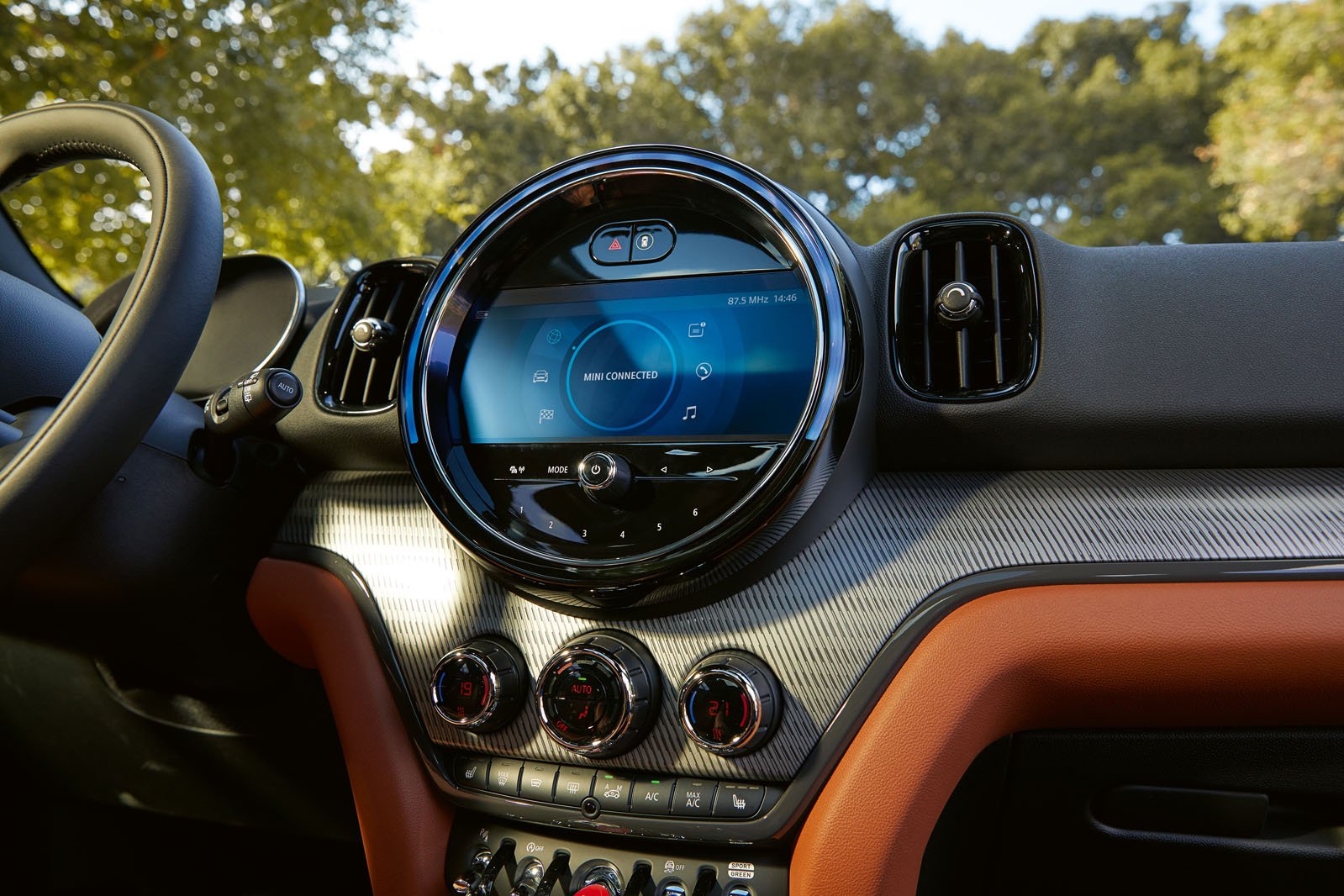 Mini deserves praise for finishing in 4th place (out of 31 manufacturers) in the 2020 What Car? Reliability Survey, and the Countryman itself was reported to be the most dependable car in the small SUV class.

Hopefully that means you won't need to call upon the three-year, unlimited mileage warranty. Three years is par for the course, with Kia offering seven years of cover, and both Hyundai and Renault offering a five-year warranty as standard.

Euro NCAP awarded the Countryman five stars (out of five) for safety in 2017, but the tests back then weren't as stringent as they are today. Even so, the Countryman still didn't perform brilliantly for adult or child occupancy crash protection, and while the results aren't directly comparable with today’s, newer cars, like the Puma and T-Roc, tested under the tougher rules, are likely to be safer options.

Every Countryman comes with automatic emergency braking (AEB) and an emergency call function (e-Call) as standard. The outer rear seats having Isofix mounting points, and you can pay a bit extra to have them on the front passenger seat, too.

All versions of the Countryman comes with an alarm and immobiliser as standard.